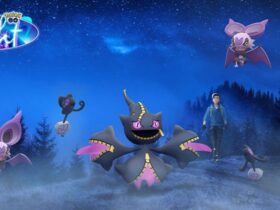 Worcester Warriors have been put into administration after being suspended by the Rugby Football Union from all competitions, leaving the club condemned to relegation and plunging the Premiership into turmoil.

On announcing the decision the RFU chief executive, Bill Sweeney, declared that the whole business model of rugby union in England needs to be improved.

The Department for Digital, Culture, Media and Sport – Worcester’s biggest creditor after they gave the club £14m last year to alleviate the effects of the Covid pandemic – announced the administration process had been triggered. The Warriors were duly kicked out of the Premiership, and the women’s team out of the Premier 15s, after failing to meet the financial requirements laid down by the RFU. Those included insurance guarantees, an ability to meet the payroll and a “credible plan to take the club forward”.

Administration, according to RFU regulations, means relegation at the end of the season. Worcester can appeal against that fate on the grounds it was not their fault, citing the “pandemic clause” in the RFU’s regulations. It is unclear if they would be successful given what local MPs have called the “appalling mismanagement” of the owners, Jason Whittingham and Colin Goldring.

It is understood Whittingham and Goldring made a late attempt to delay the deadline on Monday but the RFU meted out its punishment regardless.

“We appreciate this is incredibly difficult news for fans, staff and players,” Sweeney said.

“We hope a buyer can be secured to allow Worcester Warriors and the University of Worcester Warriors to return to professional league rugby. It is so important that we continue to work with Premiership Rugby to improve the structure, governance and business model of rugby union in England.”

Worcester’s head coach, Steve Diamond, had already given his squad the week off, so certain was he that the deadline would not be met. Players were told to gather their belongings before Sixways was closed on Monday.

Premiership Rugby has confirmed the match against Gloucester on Saturday will not take place and there can be only so long before Worcester’s temporary suspension becomes permanent.

In the meantime, Premiership Rugby has a considerable headache over its fixture schedule with broadcast commitments potentially affected, all the while dark clouds loom over Wasps, who last week filed notice of their intention to appoint administrators.

Worcester’s best chance of survival and a return to the Premiership this season is for the administrators to swiftly find investors who can satisfy the financial requirements laid down by the RFU. Two interested parties are primed – one includes the club’s former chief executive Jim O’Toole – but the process would take at least a couple of weeks meaning Worcester’s Premiership match against Harlequins on 8 October is expected to be called off.

There are doubts over whether administrators will consider a sale viable with upwards of £25m of debt, including £6m in unpaid tax owed to HMRC by early next month, as well as accusations of asset-stripping.

Outstanding wages also have to be paid and the RFU will scrutinise any sale in extreme detail given the determination to avoid a similar mess, in turn elongating the process.

“In order to give the club the best possible chance of survival, and to protect a significant taxpayer investment, we have agreed to the directors’ request to place the club into administration,” the DCMS said.

Whether Worcester return from their suspension is likely to determine if their three results – two defeats and a rousing victory over Newcastle last Saturday – will stand or be scrubbed from the league table.

Even if Worcester are able to return to competition it remains to be seen what state the squad would be in. They cannot train at Sixways and the players can hand in notice of their intention to leave.

The England head coach, Eddie Jones, expressed his sympathy for Worcester players and staff with the club’s caretaker, who lives on the grounds of the stadium, evicted.

“It’s more about the personal side,” he said. “Whenever you have that uncertainty about whether or not you are going to be unpaid or whether you are going to have a job, it’s a difficult time.”

Jones named a 36-man squad for a mini-training camp next month and included Sam Simmonds, who will join Montpellier next season, on the expectation he will be available for the World Cup despite RFU regulations that render players based outside England ineligible.

A precise ruling is expected in the coming weeks with a number of Premiership players considering more lucrative moves abroad next season. “As far as I know, the rule is that if you are contracted to an English club and you finish the season with that club and you haven’t signed a contract that starts before the World Cup then you are eligible to play for England,” Jones said.