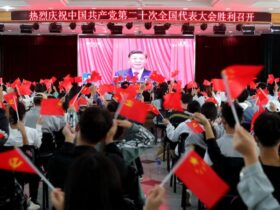 The Worcester Warriors owners are believed to be closing in on a deal to sell the club in a move that would preserve the club’s future if it goes through.

While the finer legal details were still to be worked through on Monday night and although the Rugby Football Union would still need to give its approval, it is understood staff have been told that a deal has been agreed in principle.

If the sale is approved it would ensure Worcester’s survival, just days before their first home match of the season – against Exeter on Sunday. Hosting that match at Sixways involves significant operational costs and up until now it has been unclear how they would be met. There is now confidence that the match can go ahead, however.

On Saturday, after Worcester’s defeat on the opening day of the season by London Irish, the director of rugby Steve Diamond revealed the owners – Jason Whittingham and Colin Goldring – had held positive talks with a potential buyer. The buyer has not been identified, and they would have to take on debts of around £25m, including a £6m tax bill which is due to be paid to HMRC before 6 October – the date of the club’s winding up court appearance.

As a result, there remains a degree of wariness from some members of staff that the deal will go through and on Saturday Diamond warned of “false dawns”. Nonetheless, if the sale is approved it would avoid the need for the club to be put into administration which would leave the Warriors facing relegation.

Another interested party – a consortium led by the former chief executive Jim O’Toole and James Sandford – is only willing to proceed if the club is put into administration. On Monday they released a statement calling for the government to put the club into administration, pledging to provide the funds to ensure Sunday’s match goes ahead. Whittingham and Goldring have defiantly insisted they will not consider administration however and it is understood the impending deal is not with the O’Toole consortium.

“We and other key stakeholders remain resolute that the only viable solution to the current crisis is for the club is to enter administration. We are ready, willing, and able to fund the administration process,” read the earlier statement from the consortium.

“With the current owners not willing to go down that path, that decision now rests with the DCMS via their charge related to their significant loan. With this as our goal, it is pointless negotiating with the current owners as they remain focused on selling the club to address their pressing solvency issues.

“Crucially, we are on standby to start transferring funds to make Sunday happen if so required. We have a proactive plan to deal with the many small local businesses who are owed money. The same applies to Premiership Rugby and the Rugby Football Union in terms of penalties that the club may incur for entering administration in-season.”