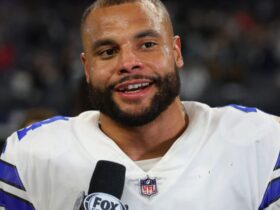 Thursday Night Football: How to Watch, Stream Cowboys vs. Titans Tonight on Prime Video or Twitch

Watford have sacked head coach Rob Edwards after only 11 matches and appointed Slaven Bilic to succeed him. Edwards leaves with the Hornets 10th in the table, nine points behind leaders Sheffield United but only one point outside the playoff places.

“As with all decisions taken by the board, I believe this change to be in the best interests of the club,” said Watford owner Gino Pozzo. “We felt Rob had enough time to show us the identity of his team, however performances haven’t reflected our hopes and ambitions.

“Now we must move forward, and, in Slaven Bilic, we have secured the services of an experienced coach who has recent experience of promotion to the Premier League.”

The appointment of Edwards in May caused a stir when Forest Green Rovers – who Edwards had just led to promotion to League One – accused Watford of holding negotiations “behind our backs”. The appointment of a young manager from the lower leagues looked to be a change of direction for the Pozzo family.

But after the appointment of Bilic – the experienced former West Ham, West Brom and Croatia manager – on an 18-month contract, that change in strategy looks to be over.