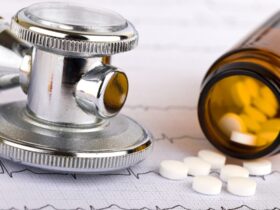 The British driver Jamie Chadwick has said W Series drivers are united in their commitment to keeping the championship alive as it struggles with financial problems.

The all-female series is in its third season but has been unable to guarantee it will be able to conclude this year’s remaining races or pay its drivers their prize money.

Chadwick won the first two W Series championships and will take her third if she wins in Singapore this weekend. However on Wednesday it was reported in the Daily Telegraph that there were financial issues facing the series, and significant sums owed to creditors.

The W Series was set up by Catherine Bond Muir in 2018, and funded by investors and equity, but Muir was explicit at the time that it had to become a viable business. However it has struggled for funding. Despite achieving a slot as a support race on F1 weekends it has yet to attract a major title sponsor and its outgoings are considerable.

The series provides all the cars and meets all the costs of it drivers across a calendar that runs to a proposed eight races this season in the US, Europe, Singapore and Mexico. It also distributes a major prize prize fund to the drivers. The winner receives $500,000 with a further $1m awarded across the rest of the field.

On Thursday Chadwick confirmed that Muir had briefed all the drivers confirming they were facing financial difficulties but she insisted the atmosphere among them remained positive.

“The camaraderie between the group is massive,” she said. “When we were all briefed about the situation it was really cool to see how much the series means to everyone. It has been a lot of our lives for the past four years, it’s been a huge opportunity for all of us and there is an emotional side that comes with that. Obviously all of us don’t want to see it go, we all want to fight and help support the series in the right way.”

Two races are scheduled to close out the season after Singapore, in Austin and Mexico City, however neither have been confirmed as going ahead should Chadwick win this weekend.

Muir admitted the series was facing a difficult period but remained positive for its future. “We’re having lots of conversations at the moment and I’m very optimistic. We’ve had to fight from day one. It has always been a struggle but we’re fighters. We’re looking at our budgets. We’re confident that we’ll continue to raise money.”

Chadwick is potentially looking to make the step up to the IndyLights series in the US next season or a drive in F3. However she admitted that not receiving prize money could affect those ambitions.

“Every driver in this paddock goes out to have success, to win races and to win the championship for personal kudos more than anything else,” she said. “But of course those winnings will be factored into whatever my plans are next year. That is a factor but it is something I try not to think about.”