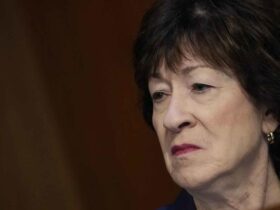 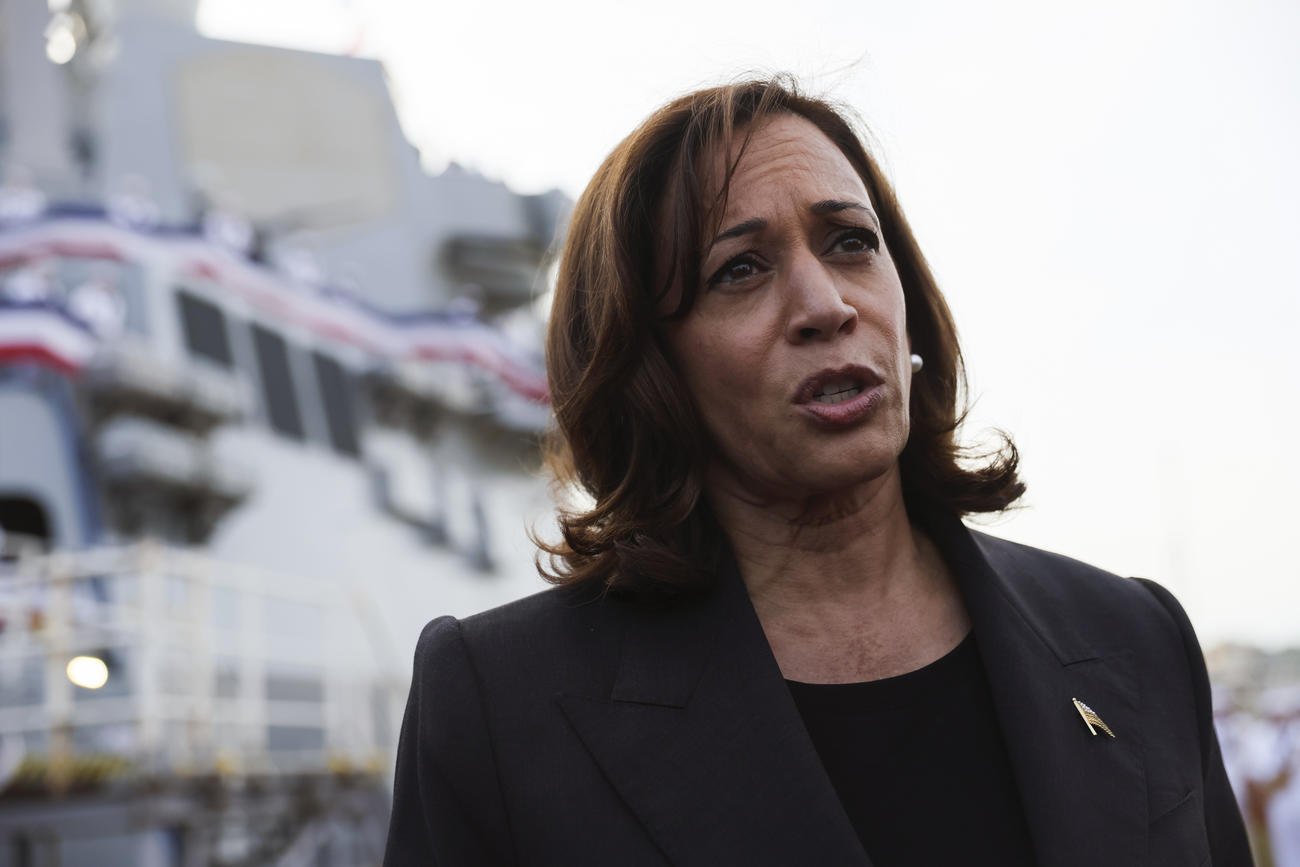 YOKOSUKA, Japan — Standing on the deck of an American destroyer at a naval base here on Wednesday, Vice President Kamala Harris directly challenged China by accusing it of “disturbing behavior” and “provocations” around Taiwan.

Harris said the United States would in response “deepen our unofficial ties” to the disputed island that China views as part of its territory.

The escalating tensions over Taiwan have raised the potential for conflict in an already volatile corner of the globe. But the core of U.S. plans for deterring — or, if necessary, confronting — China depends on alliances that are under strain. South Korea and Japan, which Harris described as the “linchpin” and “cornerstone” of American strategy in Asia, remain at odds with each other, divided by the legacy of World War II despite renewed efforts at reconciliation.

Japan colonized the Korean Peninsula years before the conflict began, sending many people into forced labor and women into sexual slavery. Decades later, tensions continue to spill out of the history books and into debates over trade, technology and intelligence sharing.

Although Japan and South Korea are taking steps to repair their relationship, progress remains uncertain. Leaders in both countries face political challenges at home that could make it harder for them to reach compromises abroad, and the disputes are deeply rooted in questions about national honor and responsibility for some of Asia’s worst atrocities.

South Korea believes it is entitled to additional compensation from Japan and a more fulsome acceptance of guilt. Japanese leaders have resisted, saying such issues have already been settled.

The United States is prodding both sides to compromise as it tries to refocus its alliances to counter China’s growing strength.

Harris, whose four-day trip to the region was anchored by the state funeral for former Japanese prime minister Shinzo Abe, told reporters she views American foreign policy in the region “in the context of a trilateral relationship,” with the U.S., Japan and South Korea all working together.

A senior administration official, speaking on the condition of anonymity to discuss private conversations, said Harris encouraged the South Korean and Japanese leaders to advance their negotiations during her meetings with them.

The U.S. wants “to see two of our closest allies in the world working even better with each other,” and “we’re gratified to see that both countries seem determined to address those issues with a real vigor,” the official said.

However, the official said the U.S. had a limited role to play.

“It’s not for us to mediate or negotiate or broker what that relationship should look like,” the official said.

South Korean President Yoon Suk Yeol and Japanese Prime Minister Fumio Kishida sat down with each other last week at the United Nations, the first meeting between leaders of the two countries in three years.

Then on Wednesday, South Korean Prime Minister Han Duck-soo met with Kishida after Abe’s funeral and described their countries as “close neighbors and cooperative partners who share the values of democracy and the principles of the market economy.”

Kristi Govella, deputy director of the Asia program at the German Marshall Fund of the United States, said the U.S. will struggle to achieve its goals if South Korea and Japan don’t work together.

“Broadly, the three countries share the same concerns, but the willingness and capacity to act aren’t always aligned between the three,” she said.

There’s an increasing focus on the tensions because of concerns about Taiwan, where Chinese and American saber rattling has raised fears of conflict. House Speaker Nancy Pelosi’s visit in August outraged Beijing, which responded with military exercises.

President Joe Biden recently said the U.S. would send troops if China attacked. Although Taiwan is a self-governing democracy, Beijing views the island as part of its territory and has vowed to unite it with the mainland.

Harris accused China of “a pressure campaign against Taiwan” with “a series of destabilizing actions.”

“We anticipate continued aggressive behavior from Beijing as it attempts to unilaterally undermine the status quo,” she said Wednesday.

“When the U.S. cannot honor its own commitment, in what position can it talk about rules and order? It will only become a saboteur of international rules,” Wang said in a daily briefing.

Zack Cooper, a senior fellow focused on Asian defense strategy at the American Enterprise Institute, said “there’s a feeling that the likelihood of a serious crisis over Taiwan is growing pretty rapidly.”

Fractures among American allies could undermine any response to an invasion, said Fang-Yu Chen, a political science professor at Soochow University in Taipei, Taiwan.

“If they don’t have good relationships with each other, then there will be trouble,” he said.

Ties between South Korea and Japan worsened during the leadership of Abe and former South Korean President Moon Jae-in.

Those rulings led to further tensions in 2019 when Japan placed export controls on chemicals vital to South Korea’s semiconductor industry. Citing the deterioration of trust, Japan also removed South Korea from a list of countries with preferential trade status.

Moon’s government accused Abe of weaponizing trade and downgraded Japan’s trade status in a tit-for-tat move. Seoul even threatened to terminate a military intelligence-sharing agreement with Tokyo that was a major symbol of their three-way security cooperation with Washington.

South Korea eventually backed off and continued the deal under pressure from former President Donald Trump’s administration, which until then had seemed content to let the U.S. allies escalate their feud.

Experts say the Japanese export controls had limited impact on South Korea’s semiconductor industry, partially because of successful South Korean efforts to diversify their sources of chemicals and materials.

But there are concerns that Japan could respond with further economic retaliation if South Korean courts approve a process to liquidate local assets of Japanese companies that have been refusing court orders to offer reparations to South Korean forced labor victims.

That would undermine U.S. hopes for expanding computer chip manufacturing in allied countries, strengthening delicate supply chains and countering China’s own technology investments. Harris met with Japanese business executives on Wednesday and said “no one country can satisfy the globe’s demand” and “it is important that we and our allies partner and coordinate.”

Japan insists all wartime compensation issues were settled under a 1965 treaty normalizing relations between the two nations that included hundreds of millions of dollars in economic aid and loans from Tokyo to Seoul.

Yoon, the South Korean president who took office in May, has expressed hope for finding a way to resolve the compensation issue without “causing a clash between the sovereignties.”

But it’s unclear what kind of compromise the countries could reach as South Korean plaintiffs have been rejecting the idea of receiving compensation from the South Korean government instead of Japanese companies.

Kishida also says both countries need to improve ties because of the worsening security environment in the region, although Japanese officials insist that Seoul should be the one to make the first step and propose plans acceptable to Japan.

Daniel Sneider, a lecturer in East Asian Studies at Stanford University, wrote recently that Japan and South Korea are being nudged closer together by threats including North Korea.

However, he said both countries will need to make compromises for their cooperation — and their alliances with the U.S. — to reach their full potential.

“True trilateral cooperation, even with the strategic imperatives, depends on resolving the profound disputes over wartime history and justice,” he wrote.