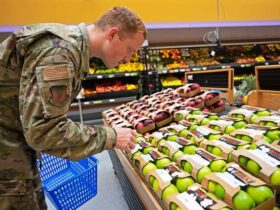 US officials are increasingly troubled by the United Kingdom’s proposal to slash taxes at a time of crushing inflation, a plan that has ignited turbulence in financial markets.

UK Prime Minister Liz Truss’s tax-cut plan has drawn criticism from economists and investors and prompted the Bank of England to calm panicked markets with an emergency intervention on Wednesday.

The Biden administration, including the Treasury Department, is concerned by the UK’s tax-cut plan, an administration official familiar with the matter told CNN Thursday.

The risk for the United States is that any trouble on the other side of the Atlantic could spill over to the global financial system and world economy.

US Commerce Secretary Gina Raimondo criticized Truss’s plan Wednesday, pointing out that the British pound has “plummeted” since the proposal was unveiled.

“The policy of cutting taxes, and simultaneously increasing spending, isn’t one that is going to fight inflation in the short term or put you in good stead for long-term economic growth,” Raimondo said in response to a question at an event held by The Hamilton Project at the Brookings Institution.

Raimondo sought to contrast the UK’s approach with that of the Biden administration.

Biden officials have conveyed their worries about the UK plan through the International Monetary Fund, according to Bloomberg News, which previously reported on the concerns of US officials.

The United States is the largest shareholder in the IMF, which issued a rare criticism of the UK plan this week and urged the country’s officials to “reevaluate” the tax cuts.

“Given elevated inflation pressures in many countries, including the UK, we do not recommend large and untargeted fiscal packages at this juncture, as it is important that fiscal policy does not work at cross purposes to monetary policy,” an IMF spokesperson said earlier this week.

Truss defended her tax plan, telling CNN’s Jake Tapper last week that her government is incentivizing businesses to invest and helping ordinary people with their taxes.

Some US officials have been careful not to directly criticize their UK counterparts.

US Treasury Secretary Janet Yellen on Tuesday declined to comment directly on the UK economic plan, though she noted the UK is dealing with “significant inflation problems” — just like the United States.

Asked if she is concerned about disorderly markets, Yellen said “markets are functioning well” and she hasn’t seen liquidity problems emerge.

Yet the large swings in bond and currency markets raise questions about just how well markets are functioning.

A day after Yellen’s comments, the Bank of England announced an emergency intervention. The central bank promised to buy UK government debt “on whatever scale is necessary” to prevent a bond market crash and ease “dysfunction” in financial markets.