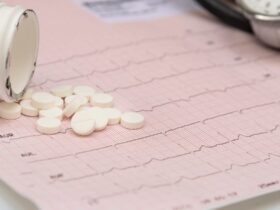 Two Lots of Blood Pressure Medicine Recalled: Check if Yours Is Affected

On Tuesday, Shakhtar Donetsk and Metalist 1925 Kharkiv kicked off the new season with a 0-0 draw in Kyiv at the Olimpiyskiy National Sports Complex.

Although the stadium has a capacity of around 70,000, there were no fans in attendance as the league takes safety measures to protect its civilians from Russia’s ongoing attacks.

It is one of many precautions implemented to attempt to keep both players and staff as safe as possible, including bomb shelters and air raid sirens.

But, having been forced to cancel last season’s league campaign on February 24 due to the invasion, it is a little slice of normality for the besieged Ukrainian population.

“This will be a unique competition: it will happen during a war, during military aggression, during bombardments,” Andriy Pavelko, head of the Ukrainian Association of Football, told Reuters.

Pavelko also explained that many on the frontlines of the Ukrainian military, including President Volodymyr Zelensky, were a key driving force behind the push for the return of football in the country.

Ukrainian football journalist Andrew Todos attended the opening game in Kyiv, describing the atmosphere as “surreal” and “more quiet” than the games he went to during the Covid-19 pandemic.

He also explained that as the season kicks off, winning is “very much at the back of peoples’ minds” at the moment.

“Mainly based on the fact that the whole point of the UPL returning and football in Ukraine in general is for the fact that to show a sign of defiance and the fact that Ukraine is continuing,” Todos told CNN Sport‘s Amanda Davies.

“Surviving in the day-to-day life and the things that they can get up to so that people can enjoy watching professional sport, just as people in Russia are continuing to do so because they don’t have the imminent threat of missiles and all this kind of stuff that they put on Ukraine on a daily basis. Luckily, at the stadium today, there weren’t any air raid sirens so the game actually went on with no problems.”

Ukrainian soccer icon Andriy Shevchenko says sport has a major role to play in uniting people behind his country.

“It’s very important for the people, for the rest of the world — we can send the message that Ukraine is there,” Shevchenko told CNN Sport about the prospect of domestic football returning.

“Even if we’re at war inside the country, we are going to fight because we want to also live like normal countries, normal lives.”

In the absence of football in Ukraine, teams have played charity matches around Europe, although the qualifying stages for European competition have began in recent weeks, something which Dynamo Kyiv, SC Dnipro-1, Zorya Luhansk and Vorskla Poltava have been participating in.

The return of the Ukrainian Premier League comes a day before the six-month mark of Russia’s unprovoked invasion of the country. It also takes place a day before Ukraine’s Independence Day on Wednesday, although celebrations have been banned in the country’s capital of Kyiv and its second-largest city, Kharkiv.

And when players stepped onto the field, it looked vastly different to previous years.

Pavelko told Reuters that every time an air raid siren sounds — a daily occurrence in some regions — the game will be stopped, and players and officials will take shelter in the bomb shelters at the stadiums until given the all clear.

Military officials will be in stadiums during the game, and if an air raid warning continues for longer than an hour, between themselves and the match officials, they will decide whether the game will be postponed.

For Shakhtar midfielder Taras Stepanenko, he says he is slightly worried about long breaks in games and possible muscle injuries as a result.

“It will be hard if it lasts more than an hour. Maybe they should set up some (training) bicycles for us,” Stepanenko said.

At the beginning of the new season, games will be played in Kyiv and the surrounding regions, according to Pavelko.

The structure of the teams involved has also had to be changed too. Desna Chernihiv and FC Mariupol, two of last season’s Premier League teams, have had to be replaced because their stadiums have been destroyed by the war.

The invasion has also had a dramatic change on the players who will take to the field in the new season.

One of Ukrainian football’s most successful clubs, Shakhtar, has historically had a strong core of Brazilian players. However, in the wake of Russia’s invasion, many have opted to leave the country meaning the team is now more predominately focused on young, home-grown talent.

And on the eve of the new campaign, new head coach Igor Jovicevic said he’s had to rebuild quickly.

“For a long time, there was a Brazilian Shakhtar, a top team,” Jovicevic said. “But now we have to forget about this and prepare the new (team) as quickly as possible.”

Although the return of football to Ukraine will be a blessing for many, Pavelko mourned the long-term implications of the war on the country’s footballing outlook.

“This isn’t just about losing stadiums. This is about a whole generation of footballers who won’t be able to develop.”