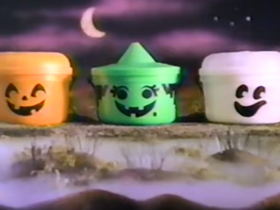 McDonald’s Beloved Halloween Buckets Could Be Back This Fall

38 min: Portugal 0-0 Spain Bruno Fernandes smashes a rising drive into the side netting from 20 yards. For all Spain’s possession, Portugal have looked more likely to take the lead.

33 min: Ukraine 0-0 Scotland Stepanenko spurns a brilliant chance, heading a corner wide from seven or eight yards. Both teams have had really good opportunities in this first half.

33 min: Portugal 0-0 Spain Unai Simon makes a spectacular save to deny Diogo Jota. The most impressive thing was not that he got to the ball, even though he was at full strength, but that he had the strength to push it onto the roof of the net. That’s a great save.

Switzerland 2-0 Czech Republic In the other League A, Group 2 game, Switzerland have scored two goals in as many minutes through Remo Freueler and Breel Embolo. They only need a draw to avoid relegation and send the Czech Republic down.

31 min: Ukraine 0-0 Scotland Ryan Jack misses a good chance for Scotland. A corner wasn’t cleared and eventually bobbled across the area to Jack, who screwed a snapshot over the bar from eight yards.

“Re: Norway v Serbia,” says Peter Oh. “Which keeper do you think is more worried? Serbia’s for Haaland bounding toward him, or Norway’s for Mitrovic and Vlahovic prowling nearby? Gulp, and gulp.”

In the relegation playoff in Solna, the exciting teenager Benjamin Sesko has given Slovenia the lead.

27 min: Ukraine 0-0 Scotland Ihnatenko is booked for a poor, studs-up tackle on Hickey.

26 min: Portugal 0-0 Spain The away side are having most of the ball, though Unai Simon has just made a decent save from a long-range strike by Ruben Neves.

NO PENALTY! That’s the right decision, and it was made very quickly. VAR seems to be much faster outside England.

This will be overturned by VAR. It was given for handball, when in fact it hit the defender Stepanenko on the side of the noggin.

22 min: Ukraine 0-0 Scotland For the second time in as many games, Craig Gordon makes a vital one-on-one save. Yarmolenko put Dovbyk through on goal, and his left-footed shot was superbly saved to his right by Gordon.

And an important equaliser for Northern Ireland in Athens. Shayne Lavery has scored it, and while I’d love to tell you what happened, I only have two screens and they showing Portugal v Spain and Ukraine v Scotland.

Two in two games for John Egan, and it looks like Ireland will be avoiding relegation to League C.

16 min: Ukraine 0-0 Scotland It’s been a decent start from Scotland. That Yarmolenko chance aside, they’ve kept Ukraine at arm’s length. Mudryk has just been booked for fouling Hickey.

“Are Scotland and Ukraine ever going to stop playing each other?” says Ian Copestake. “It’s like some interminable rivalry that no one envisaged happening.”

It’s Richie Aprile and Beansie all over again.

Dimitrios Pelkas has headed Greece ahead in Athens. As things stand, Northern Ireland are facing a relegation playoff against Gibraltar. I think.

Still no goals in the nine Nations League matches, though Iceland are down to 10 men away to Albania. Aron Gunnarsson has been sent off for unspecified naughtiness.

“Well, that’s interesting – kind of; Spain have left out both Busquets and Jordi Alba, apparently ever-present since the 1880s,” says Charles Antaki. “And this is a crunch match, so it’s not as if Luis Enrique is testing out a few unknowns (Rodri? Gaya?) in a dead rubber. Is this their end? In Busquets’s case at least, it’s fair to say that someone unique is going.”

8 min: Ukraine 0-0 Scotland Yarmolenko misses a great chance for Ukraine, volleying Mudryk’s cross over the bar from seven yards. You and I would have scored that! Okay, we wouldn’t, we’d have fresh-aired the thing, but it was still a helluva chance for a player of his quality.

7 min: Ukraine 0-0 Scotland Nothing much to report apart from that early chance for Che Adams. Ukraine are dominating possession, of course they are, but Scotland are picking their moments to press.

5 min: Portugal 0-0 Spain Cristiano Ronaldo flashes over on the turn, though there was an offside in the build-up, so it wouldn’t have counted and in truth I don’t know why I’m typing this.

2 min: Ukraine 0-0 Scotland What a chance for Scotland! They won the ball very high up the field, with McGinn then teeing up Adams 12 yards out. His shot took a slight deflection and was brilliantly saved to his right by Lunin.

Peep peep! The nine Nations League games are under way.

Ukraine v Scotland It’s pis pootling down in Krakow, where the Scotland players and fans are belting out Flower of Scotland as I type.

Ten minutes to kick off

That sounds smartarsey, doesn’t it? It’s not meant that way – I do think one of the strengths of the nascent Nations League is that the joy of victory is much more powerful than the pain of defeat. That’s not the case in other international tournaments.

Qualification for major tournaments is pretty complex these days, but it’s worth repeating that all the group winners in Leagues A, B and C are guaranteed a place in the Euro 2024 play-offs. There’s plenty to play for the night.

Here’s more on Steve Clarke’s team selection, which was affected by a virus in the camp

Portugal, the inaugural winners of this competition, need a draw at home to Spain to qualify for next summer’s Nations League finals. Spain need a win.

Scotland need to avoid defeat against Ukraine in Poland to win their group and secure promotion to League. Bloody. A. If Ukraine win, they will be promoted instead.

The Republic of Ireland will avoid relegation if they get at least a draw at home to Armenia.

Albania v Iceland is a dead rubber in terms of promotion and relegation, though Albania will leapfrog Iceland into second if they win.

Norway v Serbia will decide which team is promoted. Norway need a draw, Serbia a win. (Serbia have the same number of points as Norway and a better goal difference, buit Norway are ahead on the head-to-head record.)

Sweden need to win at home to Slovenia to avoid relegation.

Greece are already promoted, but one of Kosovo, Northern Ireland and Cyprus will go into the relegation play-offs to face Gibraltar. Northern Ireland need a draw away to Greece to ensure safety, though they can afford to lose (by a smallish margin) if Cyprus are also beaten.

Hands up if you’re mad for another night of Nations League action? Come on, don’t be shy – this tournament is fun, and a darned sight more diverting than many of us thought it would be when Uefa conceived it on 27 March 2014. This is – and apologies in advance, because it doesn’t exactly roll off the tongue – the final night of the league stage of the 2022-23 edition, and much is at stake.

The biggest game is in Krakow, where in-form Scotland need a point against Ukr- hang on, let’s try that again. The biggest game is in Braga, where Portugal and Spain meet to decide who will join Croatia, Italy and the Netherlands at next year’s Nations League finals. It’s also an important night for in-form Scotland, who have that Kirin Cup feeling as they prepare to meet Ukraine in Krakow. One of those teams will promoted to League A for the next Nations League, as will either Norway or Serbia. And the two promoted teams will also be guaranteed a Euro 2024 playoff place.

These are tonight’s matches, all 7.45pm BST kick-offs. For reasons of geography, not to mention sanity, we’ll be focussing on the games in bold.