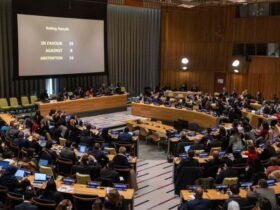 24 min: Leicester advance but eventually come unstuck by trying to “Arsenal” the ball into the net. Tielemans tries to set up Maddison, who plays the ball back to the Belgian. Both could have shot but neither did.

Leicester concede from another corner! Ivan Perisic whips the ball into the penalty area, where Eric Dier uses the pace of the ball to guide a near post header in at the far post.

21 min: Tottenham corner after tenacious work from Richarlison, who puts the ball out off Castagne.

19 min: Leicester are enjoying plenty of possession but doing very little with it. Tottenham seem content to hold them at arm’s length, waiting to hit them on the break. It’s pretty boring to watch but Antonio Conte will argue it works, so the aesthetics are irrelevant as long as the plan is effective.

17 min: Castagne sells Maddison short with an underhit pass, allowing Tottenham to nick the ball and set off upfield.

14 min: Kane loses the ball cheaply to Ndidi near the halfway line, gifting possession back to Leicester. Their players ping it around for a sustained period without making much ground until finding Tielemans on the right flank. His cross towards the far post is plucked from the air by Hugo Lloris.

13 min: Richarlison sweeps the ball wide to Perisic, who advances, cuts inside and tries a shot himself. It’s blocked.

11 min: It was Dejan Kulusevski who picked out Kane with the cross from the right after Tottenham had taken the corner short, all the better to help create a better angle from which the winger was able to find Kane at the far post.

Spurs are level! Harry Kane gives Timothy Castagne the slip at the far post as Spurs take a short corner. The cross comes in and he heads home from about two yards out. That’s a terribly soft goal for Leicester to concede but it’s no surprise as they are hopeless at defending set pieces.

8 min: That challenge by Davinson Sanchez to give away the penalty was utterly daft. There was no need for it and all he had to was stay on his feet as James Justin cut into the Tottenham penalty area. Instead, he dived in, brought down Justin and conceded the penalty.

Leicester lead! Youri Tielemans steps up again, goes for the same side of the goal but hits the ball much higher. Lloris goes the right way again but doesn’t get a touch and Leicester City are one up.

Saved! Hugo Lloris dives low to his right to save Youri Tielemans’ effort from 12 yards. Did he stay on his line? I don’t think so. We’ll have a retake.

3 min: Davinson Sanchez needlessly brings down James Justin on the edge of the penalty area, right on the line. Spot-kick!

3 min: Harry Kane picks up the ball and runs directly at the Leicester defence, advancing into their penalty area. He’s dispossessed by a combination of Wilfred Ndidi and Jonny Evans.

2 min: Richarlison plays the ball wide to Ryan Sessegnon in an advanced position. A reasonably promising Tottenham move ends up being halted by James Justin, who beats Dejan Kulseski to a Harry Kane pass out on the right.

1 min: Leicester get the ball rolling in the last of today’s three Premier League games.

Not long now: Brendan Rodgers and Antonio Conte lead their teams out on to the White Hart Lane pitch, where the players of both teams line up around on the centre-circle. Club legends Emile Heskey and Ledley King lay wreaths in the middle of the pitch ahead of a minute’s silence that’s largely well observed but interrupted by a few angry shouts from the crowd. There follows a rendition of the national anthem.

Those teams: Son Heung-min has been dropped to the Tottenham bench, making way for Dejan Kulusevski in one of four changes to the Tottenham side that started against Sporting in midweek. Ben Davies, Emerson Royal and Cristian Romero are also out, with Davinson Sanchez, Clement Lenglet and Ryan Sessegnon coming in.

Brendan Rodgers makes three changes to the side that lost against Brighton last time out. |Belgian defender Wout Faes makes his debut for the club, while Timothy Castagne and Kiernan Desbury Hall also start. Luke Thomas, Boubakary Soumare and Kelechi Iheanacho all drop to the bench.

This weekend in the Premier League: As well as flying flags at half-mast in tribute to Queen Elizabeth II, a minute’s silence will be observed at White Hart Lane before a rendition of the National Anthem. Wearing black armbands, players will be led out by their managers, while crowds will be asked to applaud through the 70th minute.

Lucas Moura appears to be Tottenham’s only absentee through injury and remains sidelined with a tendon injury. While nobody likes to see an unhappy Heung-min Son, the clamour for the out-of-sorts South Korean striker to be dropped has intensified in recent games but Conte may keep faith in last year’s joint Golden Boot winner, even if it means restricting the in-form Dejan Kulusevski to an appearance off the bench again.

Leicester also have an almost fully fit if not firing squad, with long term absentees Ryan Bertrand and Ricardo Pereira their only confirmed absentees. Dropped to the bench for their most recent game against Brighton, Jamie Vardy will be hoping to start ahead of Patson Daka or Kelechi Iheanacho.

Bottom of the table with just one point to their name, Leicester City travel to White Hart Lane with their manager Brendan Rodgers under immense pressure ahead of the international break. His side face a Tottenham team that has been blowing hot and cold this season, even if they have been picking up positive results their performances occasionally do not merit.

With four league wins to their name already this season, Spurs are white-hot favourites to make it seven games out of seven unbeaten in the current campaign but their manager Antonio Conte will surely be satisfied with little else but outright victory. Kick-off is at 5.30pm (BST) but stay tuned in the meantime for team news and build-up.