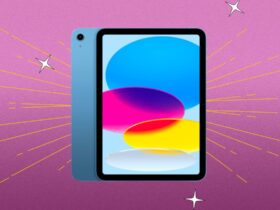 Welcome to Moving the Goalposts, the Guardian’s free women’s football newsletter. Here’s an extract from this week’s edition. To receive the full version once a week, just pop your email in below:

On 19 September, more than 15,700 people flocked into Kathmandu’s Dasharath Rangasala to watch Nepal in the final of the 2022 SAFF Women’s Championship. The hosts of the South Asian Football Federation tournament ultimately lost to Bangladesh but, more importantly, it signified a changing of the tide both in the progress of the national team but also the wider relationship between women and football.

In Nepal the barriers for girls to participate in sport, let alone football, are considerable. For the majority, their role from an early age is to take care of their family and marry.

Sarah Van Vooren is well placed to understand these issues. Alongside Mashreeb Aryal she founded Atoot to provide an “empowering space” for girls in the Kapilvastu district on the southern border with India. Kapilvastu contains a diverse population and has one of the highest rates of child marriage in Nepal. Atoot uses football as a tool to teach and enfranchise girls in the region, alongside education classes and life-skills workshops.

“We are not here to make the best footballers,” says Van Vooren. “Our programme is literally a safe space; and the football ground is the safest space for these girls. What we conduct on the football ground starts as drills. But we incorporate so much more into it … There’s so many things they don’t learn until these daily sessions. Then it becomes ingrained within their psyche. We also do community engagement every day as that is the most important aspect. You need to engage the community in your work and why you believe in it. Because if they are not behind it and they don’t accept it then it’s not going to work.”

Van Vooren and Aryal have seen an increase in the number of young girls wanting to participate. After a break due to Covid they restarted the programme in September 2021 with around 50 young girls. A year later they have 150 taking part daily. They make sure to put their female coaches front and centre of the project. “We want to show communities that these women are powerful,” Van Vooren continues. “Women can work; they can wear jeans; they can be successful on their own; play sport; travel the world. You need to show the girls these role models because they’ve never seen it.”

Their youngest coach, Monica, is just 20 and was a beneficiary of a sport for development organisation in India where Van Vooren used to work. Coming from a tough background, Monica joined at just 10. “She was that girl we worked with in South Nepal,” Van Vooren explains. “She never got to leave her house; she’d never been educated. Today, she’s the first person [in her family] to graduate from high school. She’s making money – more money than her parents. She broke through all those barriers through sport for development programming. She’s coaching like an absolute professional. She is the most amazing life-skills facilitator, and she is such a role model to our girls. She treats them like they’re her little sisters.”

Van Vooren has seen a clear impact. The girls have begun to advocate for themselves and those around them. They have also grown in confidence, engaging with interns that come from around the world to work on the programme. “The minute the interns showed up, they just flocked to them,” she remembers. “That never happened before, ever. They used to be so scared of everything. We realised how much trust they have in us that the people we’re bringing now, they think they’re them.”

As well as empowering young girls, Atoot also places emphasis on developing and rewarding their staff. The recent SAFF Championship provided the perfect occasion as they travelled to Kathmandu to watch the games. “A lot of them had never been to a professional women’s national team match before,” Van Vooren continues. “You should have seen Monica and [fellow coach] Sanju at all the matches. They’re cheering, they’re screaming. I’m so happy that they got to have this opportunity because they’ve never had anything like that before. To see women dominate on the pitch, and a whole sold-out stadium cheering for that.”

The tournament illustrated the progress on the international stage. As well as the sell-out at the final, Bangladesh returned home to a huge homecoming parade, people turning out in force to welcome their champions. Grassroots football was at the heart of their success.

Women’s football is developing across the region; the appetite is there; and projects such as Atoot will continue to play an integral role in breaking down barriers and empowering young girls to take part.

Chaos reigns in Spain: Since Spain’s quarter-final exit at the Euros, there have been significant question marks over the suitability of the manager Jorge Vilda. It hit a new level on Thursday when the Spanish Federation released a statement announcing that 15 players had made themselves unavailable. The Federation continued to back Vilda and reiterated that the players would not return until they apologised. In turn, this brought a rebuke for those involved. An unfortunate impasse remains. With just 10 months until the World Cup, when will it be resolved?

NWSL playoff picture shapes up: As the regular season draws to a close, four teams have already secured an all-important playoff spot. Portland Thorns, OL Reign, Kansas City Current and San Diego Wave will all progress, with two more spots still to be decided. Casey Stoney’s Wave made history on Sunday, becoming the first ever expansion side to move into the post-season.

WSL records continue to topple: Saturday’s north London derby saw a new attendance record set in England’s top league with 47,367 turning out at the Emirates to see Arsenal cruise past neighbours, Tottenham. There were impressive numbers across the league as well, with more than 27,500 at Anfield for the Merseyside derby. In total, close to 90,000 spectators attended WSL football live, a strong marker of the bounce in interest from the summer.

There was plenty to choose from this week but this strike from Everton’s Jess Park was one of the best. The 20-year-old showed brilliant composure as she broke on goal, while the touch and the finish were sublime.

Got a question for our writers – or want to suggest a topic to cover? Get in touch by emailing moving.goalposts@theguardian.com or posting BTL.