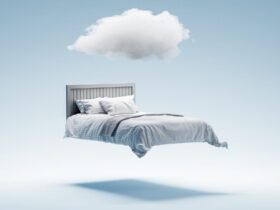 The Meaning of Dreams: A Sleep Expert Explains Common Dreams and Why We Have Them

The NBA, as a league, fandom and general cultural phenomenon, is what could be fairly described as “painfully online”. From stars like Kevin Durant gleefully and regularly dunking on detractors from their own Twitter accounts, to media personalities like Josiah Johnson who have made entire careers out of memeing the league in real time, to the average fan constantly refreshing their feeds during playoff games: it seems, in many ways, that the crux of the NBA exists in the internet ether as much as it does on the hardwood.

The community that has formed around the NBA online has become maybe its greatest present-day asset, keeping fans engaged and keeping the league in the news even in the doldrums of the offseason. In 2021, “NBA” was the No 1 trending search on Google in the US, and its official Instagram account has more followers than all the other major professional sports leagues in the nation combined. Of course, there’s strength in numbers. But as the uncle of a famous spider-human mutant once astutely observed, with great power comes great responsibility. And, as evidenced over the last week, the power of the ever-churning internet hivemind can be a force for good, and a force for quite the opposite.

The full range of the good, the bad and the deeply ugly of the NBA’s powerful online community was on display over these past seven days. On one end of the spectrum was the case of Phoenix Suns’ volatile and widely disliked controlling owner Robert Sarver. After an independent investigation confirmed Baxter Holmes’ ESPN report that Sarver, and his sexist and racist comments, were at the helm of a toxic work environment, the NBA handed down a one-year suspension and $10m fine that was widely regarded as shockingly weak. After the ensuing internet outrage from both fans and influential players like LeBron James and Chris Paul, PayPal said it would no longer sponsor the team if Sarver remained the owner. Within days, the real estate magnate announced he was selling his controlling stake in the Suns and the WNBA’s Phoenix Mercury, and it doesn’t like hyperbole to posit that were it not for the robust internet presence of the league and its fanbase, public pressure might never have reached enough of a fever pitch to force his hand. The potential benevolent power of a massive online community was evidenced in Sarver’s downfall.

On the other end of the spectrum, a few days later, pretty much every downside to a platform where millions of people convene behind anonymous avatars and respond to the real-time spread of information was highlighted in the very chaotic breaking of the story of Boston Celtics head coach Ime Udoka’s suspension, and its immediate aftermath, on Twitter. It began with an incredibly vague and cryptic tweet on Wednesday night by ESPN’s Adrian Wojnarowski, containing very little information besides that Udoka was facing an as yet-to-be-determined suspension for an as-yet-to-be-determined violation of team policy (and, worth noting, a very bizarre infographic featuring Wojnarowski’s own grinning likeness, and Twitter handle). This predictably sent the Twittersphere into a tailspin, with fans and reporters alike confused and trying to parse the little information that had been revealed. A couple of hours later, rival newsbreaker Shams Charania of the Athletic tweeted that sources were saying the violation in question was an “improper intimate consensual relationship” with a female Celtics staffer. Shortly after that, confirmation came that Udoka’s suspension would be a full year.

At first, NBA Twitter did what it does best with the clarification of the nature of the transgression. The infidelity jokes were flying, as people began to get word of the story and convened on the app to quip and meme. But quickly, the light-hearted high school-cafeteria-roasting tone turned dark. Fans began attempting their own copycat news-breaking to suss out who the staffer in question was, in the process doxxing any and all publicly listed female members of the Celtics staff, posting names and likenesses and even guessing which employee was the most likely culprit based on appearance. There were also anger and confusion about the length of the suspension (although it was maybe implied there was more to the story than just an office affair by nature of its length, and many holes remained in the initial reporting). The Celtics camp was deafeningly silent while rumors ran rampant about their staff members, no clarification or context was being offered by the initial reporters or anyone else, and by midnight on the west coast, the doxxing, conjecture and general chaos had fully taken on a life of its own. It was unequivocally ugly, and entirely avoidable.

It likely isn’t news to anyone reading this that a career path in sports is far from easy for women, even when they aren’t unfairly subjected to being at the nexus of rumors about a head coach’s infidelity. And it isn’t exactly groundbreaking to say that maybe the fast-paced “scoop” culture, and the importance placed on being first, has gotten a little out of hand. But it bears repeating that the internet, as much as some like to argue otherwise, is real life. Those anonymous avatars (usually) represent real people. The stories and rumors circulated within its bounds impact real lives, real careers and real emotional well-being. There isn’t one party or parties culpable for the lives that were (maybe even irrevocably) impacted over the past few days, but rather a light shined on the myriad ways in which there’s room for improvement in the way we distribute, share and consume information.

Perhaps there should be a delineation, for starters, in the way sensitive, actively developing stories such as these are covered, in contrast to more doughy bits of information like where someone is getting traded or how long to expect a player to be sidelined for injury: even if, in doing so, one forfeits being the King of the Internet that day. Perhaps the Celtics could have been more proactive in protecting their staff instead of maintaining radio silence until a Friday morning press conference. And for all the users, anonymous and otherwise, wielding the double-edged sword that is unlimited access to both consuming and sharing information and ideas, perhaps it’s worth a reminder that while the thrill of participation and the dopamine high of attention are fleeting, the impact of a tap of a keyboard may not be.

All of us, from the news desk to the front office to the blue-light glare of an iPhone in a bed in Anywhere, USA, should know better. And with a week showcasing what the highest highs and lowest lows of a robust online community can mean for real-life implications now in the rear-view, the task at hand is to learn from all of it, and do better.