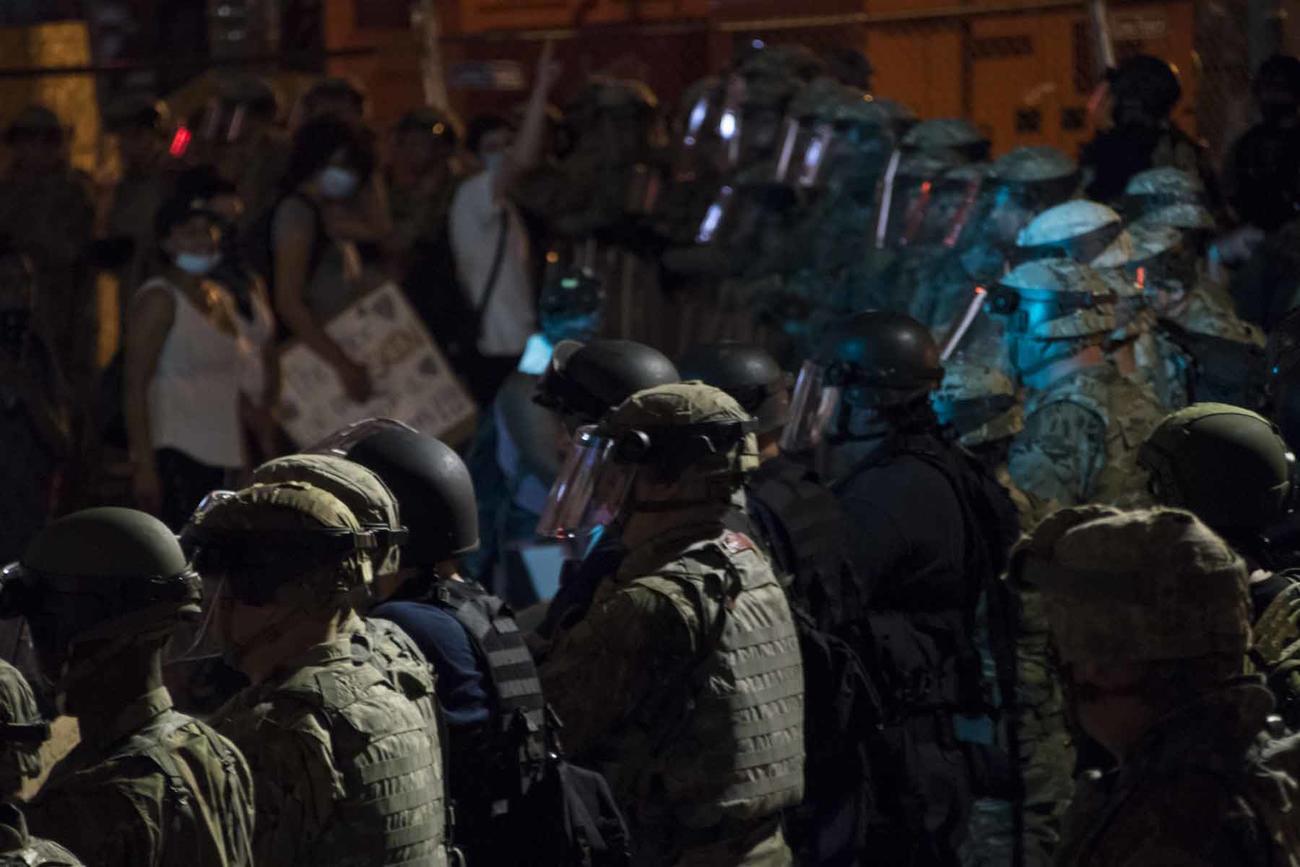 The Army National Guard will likely be short tens of thousands of soldiers over the next couple of years as the service component is struggling to retain its troops and recruit new ones to replace them at a time when governors are constantly calling for their help.

The Guard is bleeding out soldiers on multiple fronts. This year, the service component suffered its lowest retention rate since the pandemic began. This comes as the Army as a whole is in the midst of a recruiting slump, with the Guard short roughly 14,500 new soldiers this year, according to internal data reviewed by Military.com. That’s in addition to some 40,000 Guardsmen, most from the Army portion of the service, who remain unvaccinated, many of whom will likely be discharged.

This fiscal year, the Army Guard will miss its retention goals by about 14%, or roughly 4,800 soldiers.

Meanwhile, the active-duty side is having no issue retaining soldiers currently in the ranks, hitting roughly 103% of its goals each year since 2019, meaning more troops are sticking around than the service intended.

Retention skyrocketed during the pandemic for most components of the military, including the Guard. Last year, the Guard sought to retain nearly 33,624 soldiers who were scheduled to leave and kept an additional 5,000 while hitting its recruiting goals. But this year, as the pandemic has abated and vaccines have been broadly available, those numbers fell dramatically.

“COVID scrambled so many industries and people faced financial insecurity,” said Nathalie Grogan, a research associate for the Military, Veterans, and Society Program at Center for a New American Security, a Washington, D.C., think tank. “A lot of guardsmen probably stayed longer than they would have. The deployments were for mostly a good reason, but that put a lot of stress on the [Guard] and families, and family is the top reason people leave.”

On top of that retention struggle, some 14,000 Guardsmen are expected to be discharged within the next two years over refusing COVID-19 vaccination, Anson Smith, deputy chief of the Army National Guard Strength Maintenance Division, told reporters Tuesday.

Army Secretary Christine Wormuth has yet to issue clear guidance on what the National Guard is supposed to do with unvaccinated soldiers. The lack of direction has drawn the ire of some commanders, who currently are not supposed to allow unvaccinated troops who don’t have exemptions to participate in any training. That move keeps soldiers on the books, making it difficult for soldiers under them to be promoted.

“We’re waiting for a decision from [Wormuth] in terms of COVID losses,” Smith said. “But at some point, those individuals who have not applied for an extension for either medical or religious reasons, then those individuals will refuse to take the COVID [vaccine], will have to be discharged.”

As Guard soldiers head for the exits, the service component is also facing an unprecedented recruiting crisis. Each year since 2019, the Army Guard has fallen into a deeper hole failing to attract new talent into the force.

The recruiting slump is Army-wide and is an amalgamation of what critics describe as outdated recruiting tactics, a shrinking pool of young Americans qualified for service mostly due to obesity and a general lack of a call to arms for the public to join a relatively peacetime force. On at least two occasions, Wormuth has blamed negative media attention tied to scandals and issues facing the force, such as sexual assault and suicide, as having impacted recruiting.

“[Recruiters] have told me pretty much unanimously, in every location I go, just how difficult the current recruiting challenges are that they’re facing,” Gen. Dan Hokanson, chief of the National Guard Bureau, told reporters Tuesday. “For many of them, it’s unprecedented in their time as a recruiter.”

Hokanson blames some of the issue on underwhelming benefits for Guardsmen. For years, he has been lobbying for reform, particularly free health care. Currently, Guardsmen are not entitled to free health care but can opt into Tricare Reserve Select for $46.70 per month, a significant part of a junior troop’s military pay. Hokanson estimates 60,000 Guardsmen have no health care and that providing free care for all troops will cost about $719 million a year, but that effort has been a slow start on Capitol Hill.

“When you look at overall the fact that there is no health insurance provided by the National Guard, and we ask them to be ready really at a moment’s notice,” Hokanson said. “We really need to make sure that they’re medically healthy and ready, and if they’re injured, they’ve gotten that treated, so they can respond when we ask them to.”