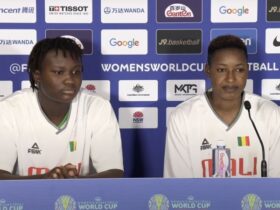 Danny Boyle is directing a massive hip-hop live show of The Matrix. Officially titled Free Your Mind, the live performance will involve hip-hop choreography, hundreds of dancers and “the latest immersive design” in an “eye-opening production.”

5,000 tickets will be available for the show at an affordable cost of just £10 to ensure the local community has access to the 13,350 square metre arts space, which will also be home to training facilities for people seeking to get into the creative industries.

Trainspotting, 28 Days Later and Slumdog Millionaire helmer Boyle previously directed a massive live show for the opening ceremony of the 2012 Olympic Games in London that involved thousands of dancers (not to mention a short skit pairing Daniel Craig’s James Bond with the late Queen Elizabeth II).

The Matrix has been an enduringly iconic pop culture hit since it scorched our minds with cyberpunk sci-fi themes and seared our eyeballs with game-changing visual effects in 1999.

But it seems there’s renewed interest in the world of The Matrix, with original writer and director Lana Wachowski recruiting stars Keanu Reeves and Carrie-Anne Moss for last year’s long-awaited (and extremely weird) sequel The Matrix Resurrections. That very meta movie poked fun at Warner Bros. and the exploitation of intellectual property in the franchise era (it’s streaming on HBO Max, of course), which may prove prescient if WB plans to exploit The Matrix in different forms.