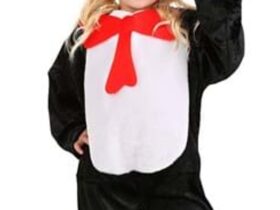 The Best Halloween Costumes for 2022

Responding to calls for an investment policy reset: are the EU and Indonesia on the same page?

In 2014, Indonesia announced its intention to terminate all of its existing 60+ bilateral investment protection agreements (BITs), which it argued ran counter to its current development interests. Indonesia was no longer willing to accept the infringements on its sovereign policy space entailed in the investor-state dispute settlement mechanism (ISDS) enshrined in its BITs. Threatened by a series of potentially crippling claims brought by foreign investors on the basis of these BITs, Indonesia found itself forced to retract proposed environmental regulations and o er foreign investors exemptions to new laws demanding a higher level of domestic processing of raw materials. Since 2014, Indonesia has denounced 20 BITs, and the one with Argentina was terminated by mutual consent.

Indonesia has joined the ranks of leading developing countries like India and South Africa, which are currently reviewing their BITs because of concerns that the current system exposes them to excessive risks. There is growing discontent worldwide with the far-reaching and, through ISDS, enforceable rights that BITs grant to international investors and investments. These rights, it is felt, severely limit governments’ freedom to align foreign investment to their own development policies and lays them wide open to multimillion dollar claims from foreign investors if they seek to subject them to stricter regulations.

This analysis led Indonesia to announce that future investment agreements must be negotiated on the basis of a new model BIT that would signi cantly curtail protections for foreign investors and allow the government to determine its own development path. With its intention to re-negotiate its BITs to better align foreign investment with its national development and outline investors’ responsibilities to counterbalance the protections they enjoy, Indonesia is breaking away from conventional trade and investment policy aimed at opening up deregulated markets.

Such a course would tie in with the Sustainable Development Goals (SDGs), a set of 17 goals and 169 targets endorsed in 2015 by the member countries of the United Nations as part of the 2030 Agenda for Sustainable Development. The SDGs aim to eradicate poverty and promote inclusive economic development, and to protect the world from environmental degradation and climate change. The SDGs de ne trade as a key means to promote growth and reduce poverty. Investment protection, enforceable through ISDS, would seem to clash with the 2030 Agenda for Sustainable Development. ISDS enables foreign investors to claim vast compensation if a government enacts measures that they argue would have a negative impact on their investments, including those made in the public interest. Compensation awards are internationally enforceable and can pose a serious threat to government budgets. Indeed, even the threat of claims can cause governments to reconsider proposed public interest measures or tighter regulations to bind foreign investment to national development objectives.

The United Nations Conference on Trade and Development (UNCTAD) underscores the need for reform of the investment arbitration regime. UNCTAD confirms that ‘[m] any Investor-State Dispute Settlement (ISDS) cases have brought to light unanticipated — and partially undesired — side effects of IIAs’ and stresses the need for ‘ensuring coherence between IIAs and other areas of public policy, including policies addressing global challenges, such as the protection of the environment (climate change) and public health and safety’.

However, although the EU has made a commitment to implement the SDGs in both its internal and external policies, its ambitions for the EU-Indonesia CEPA appear to contradict Indonesia’s policy shift to reclaim control over foreign investments, and assert the freedom to regulate and maintain full governance of its natural resources. The EU’s agenda remains largely focused on liberalisation and deregulation to boost trade and investment.

There have been calls from Member States and the European Parliament for a ‘reset’ of the EU’s trade and investment policy to ensure policy coherence with the SDGs and a focus on reducing inequality and explicitly linking trade and climate policies. But such a ‘reset’ is by no means a done deal.

In the negotiations for the EU-Indonesia CEPA, launched in mid-2016, the EU’s agenda appears to aim for extensive liberalisation and deregulation, in particular in relation to trade and investment in services. In addition, the far-reaching protections for foreign service providers and investors that the EU includes in its recent trade and investment agreements and also envisages for the CEPA, will have a significant impact on Indonesia’s policy space, and may restrict its e orts to regulate in the public interest, respect and promote human rights, and protect the environment. These investment protections are still phrased in such broad and open-ended ways that almost any type of government regulation can be challenged as an indirect expropriation or a breach of fair and equitable treatment (FET), for which compensation is required. To avoid nancially crippling claims, states can easily be ‘persuaded’ to water down or shelve proposed regulation that displeases foreign investors – a phenomenon known as ‘regulatory chill’.

The challenge for the EU-Indonesia CEPA negotiations is to provide a framework for genuinely fair and sustainable trade and investment – which means that the EU must fundamentally rethink its trade and investment policies. There is a growing attention to sustainability in EU trade and investment agreements, but such chapters are nowhere near being as enforceable as the chapter enshrining the protections of investments. The EU proposes reform of the ISDS system, but its new ‘Investment Court System’(ICS) centres on improving the process of arbitration – not the principles on which the system is based. ICS leaves intact the broad-based rights and protections on which foreign investors can base their mega-compensation claims that can cripple public budgets.

We call on the EU and Indonesia to use the CEPA negotiations to design an investment chapter that prioritises equitable and sustainable development, the preconditions for which include a healthy environment, a climate-friendly economy, security of livelihoods and decent work for all. The CEPA must be conditional on the ratifcation and implementation of basic human rights law, as well as climate and environmental agreements. To safeguard these preconditions, the framework for foreign investments requires binding and enforceable investor obligations in the area of human rights, climate change and environmental due diligence, and requirements to promote local employment. Other countries that are revising their investment agreements provide examples of promising new approaches (see chapter 5).