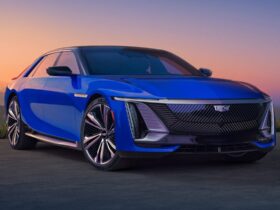 If you Google “Ethereum Merge,”you’ll see a charming countdown clock depicting two pandas, one black and one white, slowly getting closer to each other. When the countdown hits zero, six hours from the time of writing, the two pandas will become one — the black and white bear it was always meant to be. The cute metaphor beguiles the importance of the Ethereum Merge to everyone, not just cryptocurrency supporters.

Ethereum is the second biggest blockchain, behind only bitcoin, and currenctly emits carbon dioxide roughly equivalent to that of Singapore. If it’s successful, the Merge will lower ethereum’s massive electricity requirements by over 99%.

That is of huge consequence. Skeptics of cryptocurrency typically argue that coins like bitcoin and ether are useless, and that they consume enormous amounts of electricity. The first point is polarizing and subjective, but the second is unequivocally true. In an era when more people than ever view climate change mitigation as society’s highest priority, the carbon emissions of bitcoin and ethereum are too conspicuous to ignore.

In the Merge, ethereum will adopt a system known as proof of stake, which has been planned since 2014, before the blockchain’s creation. Because of its technical complexity, and the increasingly large amount of money at risk, it has been delayed multiple times. The Merge is part of what in the past was called “ether 2.0,” a series of upgrades that reshape the blockchain’s foundations.

“We’ve been working on proof of stake for about seven years now,” ethereum co-creator Vitalik Buterin said at the Eth Shanghai conference in March, “but finally all of that work is coming together.”

The Ethereum Merge is scheduled to occur around 11 p.m. PT on Sept. 14. Here’s what you need to know about it.

Why is crypto bad for the environment?

Say you wanted to mine cryptocurrency. You’d set up a powerful computer — a “mining rig” — to run software that attempts to solve complex cryptographic puzzles. Your rig competes with hundreds of thousands of miners around the world trying to solve the same puzzle. If your computer unscrambles the cryptography first, you win the right to “validate” a block — that is, add new data to the blockchain. Doing so gives you a reward: Bitcoin miners get 6.25 bitcoin ($129,000) for every block they verify, while ethereum miners get 2 ether ($2,400) plus gas, which are the fees users pay on each transaction (which can be huge).

It takes a powerful computer to have a chance in this race, and people typically set up warehouses full of rigs for this purpose. This system is called “proof of work,” and it’s how both bitcoin and ethereum blockchains run.

“It’s what’s called the Sybil resistance mechanism,” said Jon Charbonneau, an analyst at Delphi Digital. Every blockchain needs to run on a scarce resource, Charbonneau explained, one that bad actors can’t monopolize. For proof-of-work blockchains, that resource is power – in the form of the electricity required to run a mining operation.

The system is secure. Though scams and hacks are common in crypto, neither the bitcoin nor ethereum blockchains themselves have been compromised in the past. The downside, however, is obvious. As cryptographic puzzles become more complicated and more miners compete to solve them, energy expenditure soars.

How much energy does crypto use?

Lots and lots. Bitcoin is estimated to consume about 150 terawatt hours a year, which is more electricity than 45 million people in Argentina use. Ethereum is closer to Switzerland’s 9 million citizens, eating up about 62 million terawatt hours.

Much of that energy comes from renewable sources. About 57% of the energy used to mine bitcoin comes from renewable sources, according to the Bitcoin Mining Council. (BMC relies on self reporting among its members.) This is motivated not by climate conscientiousness but self interest: Renewable energy is cheap, so mining operations are often set up near wind, solar or hydro farms.

Still, the carbon footprint is extensive. Ethereum is estimated to emit carbon dioxide at a similar scale to Denmark.

How will the Merge help?

The Merge will see ethereum completely shed proof of work, the energy-intensive system it currently uses, in favor of proof of stake.

In crypto land, “staking” refers to depositing cryptocurrency to a protocol. Sometimes this can be to yield interest. For instance, the creators of the terraUSD stablecoin offered customers 19% interest on staked TerraUSD: You could put in $10,000 and take out $11,900 after a year (until it imploded).

Other times, as in the case of a proof-of-stake blockchain, staked cryptocurrency helps secure a protocol. As we’ll see shortly, the more ether is staked, the more secure the blockchain will be after the Merge.

When proof of stake comes into effect, miners will no longer have to solve cryptographic puzzles to verify new blocks. Instead, they’ll deposit ether tokens into a pool. Imagine each of these tokens is a lottery ticket: If your token number is called, you win the right to verify the next block and earn the rewards that entails.

It’s still an expensive enterprise. Prospective block verifiers — who will be known as “validators” instead of miners — need to stake a minimum of 32 ether ($48,500) to be eligible. This system sees punters put up raw capital, rather than power, to validate blocks. Whereas a bad actor needs 51% of a network’s power to overrun a proof-of-work system, they’d need 51% of the total staked ether to overrun the proof-of-stake system. The more total ether is staked, the safer the network becomes as the cost of reaching 51% of it’s capital increases.

Since cryptographic puzzles will no longer be part of the system, electricity expenditure will go down an estimated 99.65%, according to the Ethereum Foundation.

Why is it called ‘the Merge’?

Ethereum will transition from proof of work to proof of stake through a merging of two blockchains.

The ethereum blockchain that people use is known as “mainnet,” as distinguished from various “testnet” blockchains that are used only by developers. In December 2020, ethereum developers created a new network called the “beacon chain”. The beacon chain is essentially the new ethereum.

The beacon chain is a proof-of-stake chain that’s been chugging along in isolation since its creation 19 months ago. Validators have been adding blocks to the chain, but these blocks have contained no data or transactions. It’s like a bus doing routes with no passengers just to make sure the engine runs properly.

The Merge will see the data held on ethereum’s mainnet transferred to the beacon chain, which will then become the prime blockchain on ethereum’s network. In the run-up to the Merge, ethereum developers have been stress testing the new blockchain by running data and transactions through it on various ethereum testnets.

“From speaking to ethereum developers, they’ve felt confident that had proof-of-work mining been, say, banned overnight, they could do the Merge even months ago and it would work,” Charbonneau said. The worry is that there would be some bugs on Ethereum “clients” — software that can read ethereum data and mine blocks — that could take months to fix.

The Merge has been delayed many times over the last couple of years. Ethereum’s developers are being extra careful, Charbonneau said, to ensure the different clients validators use can work together at the time of the Merge.

Are there any risks?

Absolutely. Critics of ethereum — typically bitcoin enthusiasts — compare the merge to changing the engine of an airplane in the middle of a passenger flight. At stake is not just the airplane, but the $188 billion worth of ether in circulation.

On a technical level, there could be many unforeseen bugs with the new blockchain. Solana, another proof-of-stake blockchain, has suffered several complete outages this year. Solana and ethereum differ in that solana’s fees are minuscule, which means it’s easier for bots to overwhelm the blockchain, but technical difficulties aren’t out of the question.

Critics also wonder whether proof of stake will be as secure as proof of work. Charbonneau reckons it could be safer because of a function called “slashing” – in essence, validators can have their staked ether burned, and their network access revoked, if they’re found to have acted maliciously.

“Say someone 51% attacks bitcoin today, you can’t really do anything,” Charbonneau said. “They have all the miners and they could just keep attacking you. With proof of stake, it’s really simple. If you attack the network, it’s provable and we just slash you, and then your money’s gone.”

“You get one bullet, and then that’s it. Then you can’t do it again.”

Will it cause the price of ether to go up?

Ether is down about 55% since the beginning of the year, and many are hoping the Merge will revive its price. This has been a hotly debated topic within crypto circles in recent months, and no one knows for sure what the Merge will do the ether’s price.

There are two primary reasons people predict ether’s price will skyrocket following the Merge. First is the idea that ethereum fractioning its carbon footprint will make it easier for big companies to both invest in ether and create ethereum applications.

“The reality is, if you take the environmental caring part away, there are a lot of people who are not going to use it [ethereum] and not want to invest in it just based on ESG reasons,” Charbonneau said, referring to environmental, social and corporate governance standards for ethical investing. “There are a lot of tech companies that have openly said, ‘we are not going to do anything until after the Merge.'”

This argument was backed up by two Bank of America analysts, who on Friday wrote: “”The significant reduction in energy consumption post-Merge may enable some institutional investors to purchase the token that were previously prohibited from purchasing tokens that run on blockchains leveraging proof of work (PoW) consensus mechanisms.”

The second argument people make is a little more technical. Mining ethereum is costly; as electricity prices have gone up and crypto prices have gone down, even successful mining operations have begun to see red. To offset costs, miners typically sell most of the cryptocurrency they earn from mining. That creates millions of dollars of sell pressure each day as miners offload their ether. Once ethereum is proof of stake, miners (or “validators” as they’ll be called) won’t have to sell all the ether they earn, since validating blocks is so much cheaper than mining them via proof of work cryptography.

Others argue, however, that the Merge is already priced in. It’s been in the works for seven years and many big-time investors, the argument goes, have put money on ethereum with the expectation that the Merge would be successful.