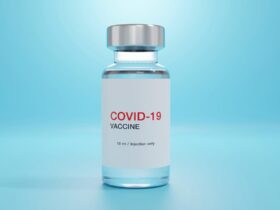 BA.5 Boosters Are Here: What to Know About the New COVID Vaccines

Prime Video might not make it the easiest to find its best sci-fi offerings, so let’s highlight them in this best list. Amazon has picked up three of the best sci-fi series out there: Counterpart, The Expanse and Orphan Black. Already watched that essential trio? Try some of the intriguing new originals, including Night Sky, Outer Range and Paper Girls.

Scroll down to see our top picks for the best sci-fi TV shows you can stream right now on Prime Video.

Is it the next Stranger Things? Bikes, check. The ’80s, check. Ali Wong playing the older version of one of the characters who interacts with said younger character in hilarious fashion… check? Yes, Paper Girls has its own thing going on. Based on Brian K. Vaughn’s stunning comic book series, Paper Girls unfurls time travel shenanigans to the max, placing its four young heroines at the center of a war between time travel factions. Scoring impressive young actors whose characters are confronted with harsh reveals about each of their future selves, Paper Girls is a charming blast. Sadly, Amazon canceled it after one season. Fingers crossed, another network picks it up.

Night Sky isn’t the most evocative title, and the one-season series doesn’t reach the hard sci-fi highs some people may be searching for. Though it does feature a slow-burn mystery involving an alien planet, Night Sky’s greatest strength is the moving, at times surprisingly funny drama between an old couple, the most unlikely of protagonists. Facing health problems, let alone dangerous new guests, Franklin and Irene York (the immense J.K. Simmons and Sissy Spacek) do their kind-hearted best to make sense of a portal to a mysterious, desolate planet.

The Star Trek series just keep on coming. Set in the decade before Star Trek: The Original Series, Strange New Worlds follows Captain Pike (Anson Mount) and the crew of the starship USS Enterprise as they boldly go where no one has gone before. With nods to the earlier series’ episodic storytelling, narration and designs, Strange New Worlds brings a contemporary take to much-loved territory.

For trippy sci-fi that asks you to turn on your wild theory generator, look no further than Outer Range. The sci-fi Western is set on the Abbott family ranch, where patriarch Royal (Josh Brolin) hides an almighty secret. When a stranger comes to town (Imogen Poots), he’s forced to confront his past, present and future, and not just in the metaphorical sense. Weird in ways you won’t expect, Outer Range is a solid sci-fi outing worth sticking with.

This sci-fi horror centers on a small town plagued by mysterious and terrifying occurrences. When a family become lost, they’re sucked into a nightmare involving deadly creatures and equally deadly townspeople. With enough intrigue to keep you hooked and a strong protagonist in Harold Perrineau’s Sheriff Stevens, From is an engaging destination to spend time in.

This series, based on the Walter Tevis novel, features a stunning cast: Chiwetel Ejiofor plays an alien who lands on Earth in search of help from a brilliant scientist and Bill Nighy plays Thomas Jerome Newton, an alien who fell to Earth in the 1976 movie adaptation. The role was originally played by David Bowie and each episode in this sequel to the movie is named after one of Bowie’s songs. A more than solid, entertaining series that’s best watched without comparing it to previous material. Although, if you’re not a fan of split timelines, beware.

This 2019 adaptation of H.G. Wells’ novel is a surprisingly effective take on well-trodden territory — hence running for three seasons so far. Set in a desolate, cold, post-apocalyptic world, we follow the Gresham family as they’re swept up in a mysterious, cataclysmic event. You experience the shocking upheaval of life as they know it, made even more difficult when teenager Emily (Daisy Edgar-Jones) is blind. Part of the story takes place in Paris, part in London. Eventually, the different pockets of humanity converge. A slow-moving, yet compelling take on survival drama with mysterious otherworldly forces at play.

Amazon rescued The Expanse from the realm of canceled TV, bringing the series up to six seasons. Thank goodness it did, because The Expanse is smart sci-fi with realistic characters, high production values and a dash of detective noir. In a future where humanity has colonized the Solar System, a conspiracy threatens to start a cold war between the largest powers. A band of antiheroes find themselves at the center. Look forward to more space western themes in the consistently excellent later seasons.

The Black Mirror comparisons are inevitable with this British series about technology gone wrong. Set in a futuristic London, The Feed centers on an implant that lets people livestream their lives without needing to press a button on a phone. No, absolutely nothing goes wrong. An impressive cast includes David Thewlis and Michelle Fairley. While it’s not as polished or deep-cutting as Black Mirror, The Feed is still worth a look.

Humans might not be entirely original, but the assembled parts sing. A British family purchases an artificially intelligent robot called a “synth” to help out with their busy lives. This grounded approach to sentient, possibly dangerous robots is one of Humans’ greatest strengths. At the sweet center: an innocent bond between the family’s youngest daughter and Gemma Chan’s elegant and efficient synth Anita. A mystery draws the family into the origins of the robots, who explore requisite philosophical themes such as humanity, pain, memories and reality.

Electric Dreams lives up to its name, each episode of the anthology series a vibrant, polished product whirring on the ideas of its source material: The works of Philip K. Dick. As with most anthologies, some episodes are better than others, but if you’re craving storytelling with Black Mirror-like setups, let this reverie slip over you.

The Man in the High Castle imagines an alternate history where the Axis powers (Rome-Berlin-Tokyo) win World War II. Based on a Philip K. Dick novel, the series follows characters in the ’60s who live in a parallel universe, where Nazi Germany and the Empire of Japan control the US. But there’s impossible newsreel footage surfacing of a world where Germany and Japan lose the war, causing some to rebel. To really hammer home its dystopia credentials, The Man in the High Castle is steered by producer Ridley Scott. Fully realized and with a focused plot, this is gripping TV.

Counterpart stars J.K. Simmons playing off J.K. Simmons. Get excited about that for a second. Set in Germany during a cold war, the sci-fi thriller follows a lowly office grunt dejected by his grim life. Then one day — episode 1 spoiler — he rocks up at work and meets himself, but a better version from a parallel world. Secrets, tense action and a masterful dual-lead performance from Simmons make Counterpart a must-watch.

Not just another show about a small town where strange things happen, Tales from the Loop has layers beneath its beautiful surface. Based on a narrative art book by Swedish artist Simon Stålenhag, the series is stunning to look at. Meticulous, symmetrical frames somehow give off a painterly feel. The interconnected townspeople are similarly nuanced, their stories exploring loneliness, aging and the impact of technology.