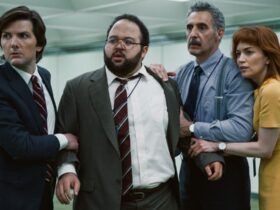 Fantasy is one of the most beloved genres out there, and while we often look fondly back at the past, there are a ton of amazing fantasy shows going right now. If there’s one streaming service with the best fantasy shows, however, it’s Amazon Prime Video. Even if it didn’t have all of the great archived content, Prime Video is also the only place you can watch The Lord of the Rings: The Rings of Power, as well as other hit shows like The Boys and The Wheel of Time. If you want to be at the forefront of today’s fantasy landscape, Prime Video is where you need to be.

Next time you’re in the mood for a bit of fantasy fun, check out one of the titles below.

The Rings of Power is set during Middle-earth’s Second Age, thousands of years prior to the events of J.R.R. Tolkien’s beloved trilogy. The Lord of the Rings fans will recognize some familiar characters (though played by different actors) in elves Galadriel and Elrond, however. The Rings of Power is set in the time just before the titular Rings of Power were created — including the One Ring to Rule Them All. It features political intrigue, gorgeous vistas and some excellent action setpieces that will keep any Lord of the Rings fan happy.

Based on the books by Robert Jordan, The Wheel of Time is an epic fantasy series starring Rosamund Pike as Moiraine Damodred. The powerful sorceress (called an Aes Sedai) is tasked with finding the Dragon — a Chosen One destined to defeat the embodiment of evil and save their world from complete annihilation. With 14 books in the series, we anticipate a lot of Wheel of Time content coming your way.

Based on the Neil Gaiman novel of the same name, American Gods has a cast to die for, featuring Ian McShane, Crispin Glover and Gillian Anderson among others. Sadly, it was canceled after three glorious seasons and before the full story could be told.

Starring Sissy Spacek and J.K Simmons as an older couple with a strange portal in their basement, Night Sky is one of the weirdest shows released on a major streaming service in a while. It’s far from perfect but, in Spacek and Simmons the show has two incredibly charismatic leads. It’s nice to watching older people have agency in a show for once.

Loosely based on Arthurian legend, Merlin is a show that was canceled before its time. Over the course of five seasons, the show went from strength to strength, improving each season as we watch Merlin, Arthur, Gwen and Morgana develop into the characters we know and love.

Buffy the Vampire Slayer was more than a TV show, it was a piece of history. Starring Sarah Michelle Gellar as the titular character, the show explored not only the battle between slayers and vampires, but also touched on important issues like sexism, sexuality, addiction, grief, acceptance and growing up.

There’s something that’s always exciting about a character finding out they’re a descendant of something wildly powerful or impressive. In Grimm, detective Nick Burkhardt discovers he’s a descendant of the famous Grimm family, destined to protect humanity not only from criminals, but from evil creatures hellbent on causing destruction. A fun monster-hunting romp.

Not to be confused with the 1985 film starring Michael J. Fox, this series follows Tyler Posey as Scott McCall, a teenager who gets bitten by a werewolf and has to defend his town from all manner of supernatural beings. Throw in a healthy dose of teen angst, relationship drama and the day-to-day tribulations of high school for good measure.

If you’re into sassy immortals, a hint of comedy and a whole lot of banter between Michael Sheen and David Tennant, Good Omens is the show for you. Featuring angels, demons, witches and a literal Antichrist, Good Omens is a stellar adaptation of Neil Gaiman and Terry Pratchett’s 1990 novel which will have you saying, “just one more episode” every time the credits roll.

Carnival Row tells the story of mythological beings that are forced to hide in plain sight, blending fae with humans in a tense, murderous environment. Starring Orlando Bloom as a half-fae inspector, the show uncovers a twisted conspiracy that could change the very face of the city. If nothing else, it’s worth it just to hear all the funky fae names.

The Boys is… Well, it’s not the type of superhero fare we’ve come to expect. All the wholesome, earnest superhero schtick goes right out the window with this gritty, dark and gory depiction of what the world would be like if some of the heroes were also just really, really bad people. It’s funny, intense and full of twists — but definitely not one for the faint-hearted.