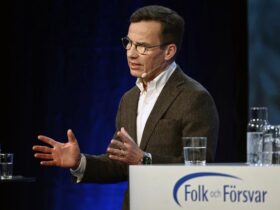 Netflix doesn’t have a massive collection of fantasy flicks, but you can find several charming (and eclectic) gems. Many combine the fantastical with real-world struggles, including the remarkable Closet Monster. Or dive right into the high fantasy realm with The Golden Compass, based on Philip Pullman’s classic novels.

The Sea Beast joins Netflix’s collection of stellar family-friendly animated adventures. A young girl named Maisie (Zaris-Angel Hator) stows away on the ship of sea monster hunter Captain Crow (Jared Harris), becoming wrapped up in a thrilling journey through uncharted waters. Bringing originality to the high seas and swashbuckling characters, The Sea Beast is a must-watch chapter of enchanting fantasy.

Errementari, translated from Basque as The Blacksmith, is a horror fantasy about a deal with the devil. In northern Spain during the 1830s, a blacksmith holds a demon in captivity, until an orphan girl unwittingly releases it. War, murder, kidnapping, suicide and more await you in the furnace of this hellish horror with surprising lashings of dark comedy.

Fans of Philip Pullman’s classic fantasy novel series are probably better served by HBO’s TV show adaptation. But The Golden Compass, based on the first book, is a solid chapter with generous doses of fantasy escapism. Follow Lyra Belacqua (Dakota Blue Richards), a young adventurer who embarks on a journey from the esteemed halls of Oxford colleges to the kingdom of the Ice Bears in the frozen north. Nicole Kidman, Daniel Craig and Eva Green round out a rich cast.

It’s not the greatest Tim Burton entry, but Dark Shadows offers another opportunity to admire the director’s trademark gothic visual style. Based on the soap opera of the same name, the comedy horror follows a rich playboy who unwisely breaks the heart of a witch (Eva Green). She turns him into a vampire and buries him alive. Two centuries later, Barnabas (Johnny Depp) emerges, discovering the world of the ’70s while harboring a taste for revenge. Though the characters and plot could be fleshed out significantly, Dark Shadows boasts a stellar cast, including Michelle Pfeiffer and Helena Bonham Carter. Plus, it gives you Barnabus’ hilarious fish-out-of-water reactions to ’70s pop culture.

This dark fantasy drama comes from Spanish director J.A. Bayona, who’s since branched off into huge franchise chapters, including Jurassic World: Fallen Kingdom and the first two episodes of Prime Video’s upcoming Lord of the Rings series. But perhaps his best work is centered on coming-of-age tales; A Monster Calls follows a troubled young boy who encounters a tree that promises to tell him three stories, as long as Connor tells him one in return. With roots in darker themes, one of them being death, A Monster Calls is a smart, moving fantasy tale.

The Water Man won’t be for everyone. More drama than pure fantasy, this family friendly adventure deals with themes such as grief, loss and friendship. Eleven-year-old Gunner and his family move to a new town, where the bookworm must deal with not only a lack of friends but also a harsh father and a mother suffering from leukemia. His escapism takes him to a fairy tale forest, where his imagination comes alive. An adventurous tale dealing with bigger issues.

This 2015 movie dove into the origin of Peter Pan and Captain Hook. It features Garrett Hedlund as Hook, and High Jackman as Blackbeard the pirate.

Settle in for a fantastical tale that may or may not be true. Will Bloom (Billy Crudup) visits his dying father, whose exciting, impossible stories about his life begin to take on credibility. This sprawling, Tim Burton-directed adventure takes us back to Edward Bloom’s (Ewan McGregor) youth, where we see his stories play out for ourselves. With witches, a circus and bank robberies, Big Fish is a charming prize catch.

Co-produced by Sam Raimi, this dark fantasy is inscribed with top horror credentials. Still aimed at younger viewers, Nightbooks leafs through a mystery about a young boy who must figure out how to escape a magical apartment owned by Krysten Ritter’s witch Natacha. A tomb of fun.

Technically a superhero film, The Old Guard brings a swath of impressive action scenes, popping off with each of star Charlize Theron’s gunshots. Theron plays Andy, leader of a group of immortal mercenaries, including a knight who fought in the Crusades. The centuries-old warriors head out on a revenge mission, bringing progressive heroes and slick fights, although it can’t dodge every cliché.

A Christmas cracker delivering heapings of holiday spirit. A Boy Called Christmas won’t win any awards for originality, but it certainly delivers what it says on the tin. Young Nikolas embarks on a quest to find the fabled village of the elves, with his pal Blitzen in tow. No prizes for predicting the gift-giving shenanigans that ensue.