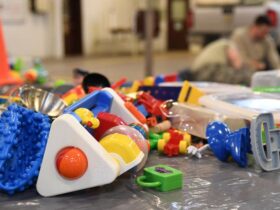 As Erik ten Hag plots what would be a significant derby victory – for Manchester United’s development and possibly the Premier League title race – he is intent his players do not focus solely on the threat posed by Erling Haaland.

But his views about the striker’s qualities are instructive. “I like his attitude. How he is on the pitch,” the United manager says. “He’s direct, his life is about goals – he goes direct toward the opponent. He can also create but [while] I respect him, we are not playing against Haaland, we are playing against Man City, but it is not about Man City. I respect the opponent but it is about Man United.”

Jadon Sancho is a former Dortmund teammate of Haaland and Ten Hag has sounded the winger out about City’s big summer signing. “Of course you talk with your players,” says the 52-year-old. “When someone has played in the past with a particular opponent, you ask him. They can give more details. But it is also our job to look at them in advance. If an individual makes a huge contribution, we have to analyse them as a staff.”

There is little doubt the 6ft 4in goal-machine will be all fired up to follow his father, Alf-Inge, who played in both fixtures of the 2000-01 season when a City defender. Alfie’s memory of the derby, though, is coloured by Roy Keane’s notorious scything down of him in a 1-1 draw at United in April 2001. His son, who has never offered public comment about the incident, is more willing to discuss his own derby bow.

“It [will be] the first time I’ve played in the Manchester derby after watching so many on TV with my father and I cannot wait,” he says. “It will be a special moment for me. It is another game, but I also know derby games are so much more intense. These games mean everything to the fans.

“I haven’t spoken to my father about this game, but I know he will be in the stands watching. It means so much to all of the supporters – as a [City] fan I know that. It would be special to score against United, but it would also be special to score against Copenhagen on Wednesday [in the Champions League] and Southampton next weekend. My focus is on every game because if I am scoring goals and playing well it means it is going to help the team achieve our aims this season.”

City are yet to lose in the Premier League, while United have won their past four outings, lifting them to 12 points, five behind Pep Guardiola’s team, who have played a match more.

“We know it is going to be tough,” Haaland says. “Anything is possible in a derby and we’re going to have to be at our best to get anything from the game. What I have always known and am now experiencing is that in the Premier League every game is tough. You have to be at your best and if you aren’t then you will be punished.”

Beyond the lethal finishing, Haaland’s threat incorporates a physique that can steamroller opponents and a fleet-footedness which wheels him away from challenges, plus he possesses a bubbly persona Guardiola has highlighted as a boon for the dressing room. And he can create, as two near-identical moments – one against City, one for them – illustrate.

For Borussia Dortmund, in spring of last year, he peeled off the front to steer the ball to Marco Reus, who scored in a 2-1 Champions League defeat at the Etihad. In July’s Community Shield loss to Liverpool, he again dropped into a pocket of space and initiated a sequence that ended in Julián Álvarez’s equaliser.

The Big Decision, a documentary aired last month in Scandinavia, showed Haaland and his father listing seven sides he might join, before he plumped for City. United were not one of them, but Ten Hag is bullish about what his club can do to ensure talents such as Haaland will wish to sign for them in the future.

Ten Hag references Raphaël Varane, who has claimed the World Cup, Champions League and World Club Cup plus Casemiro and Cristiano Ronaldo who have won the latter two competitions, Ronaldo also being a European Championship victor.

“When I go back in the [summer] window and I was in contact with a lot of players – you feel Man United is a really attractive club. So I’m not concerned about that point,” Ten Hag says.