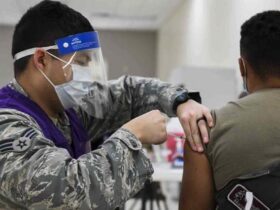 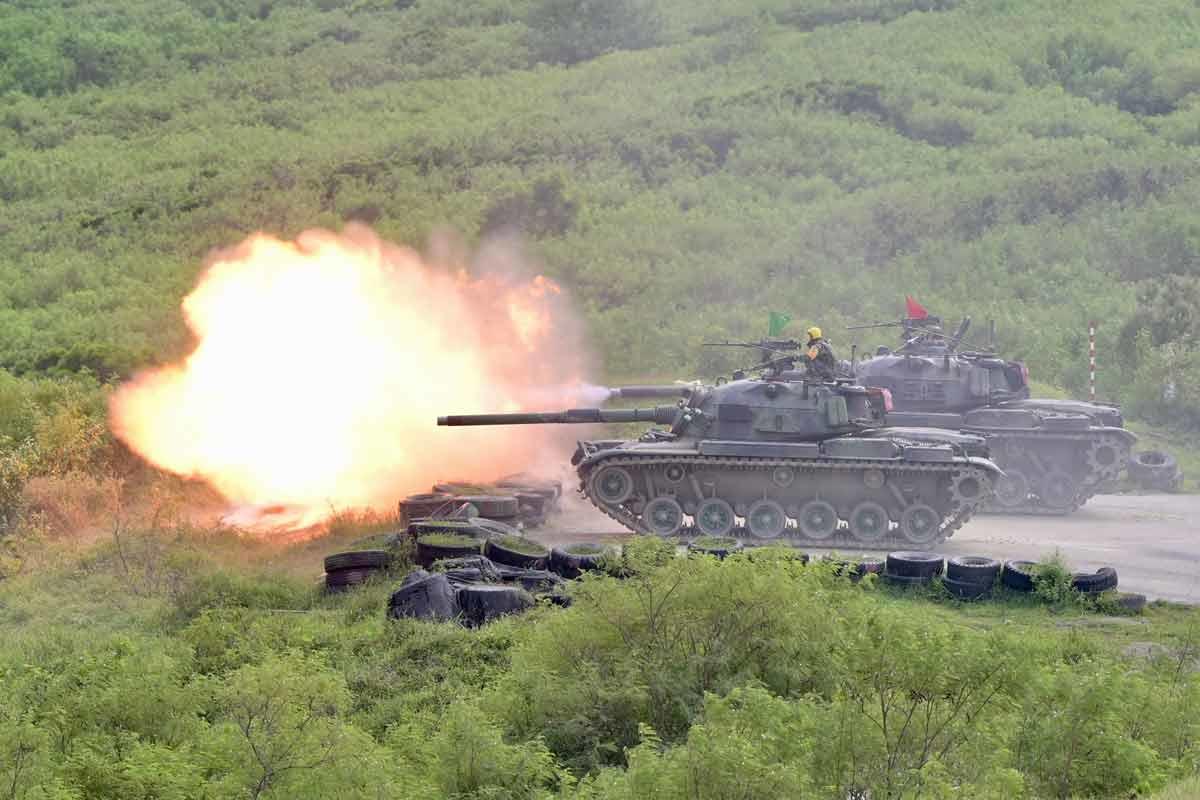 TAIPEI, Taiwan — As the Senate contemplates sending large sums of security assistance to Taiwan, independent defense analysts here are urging U.S. lawmakers to maximize their leverage at a sensitive time in cross-strait relations.

They want Congress to convince Taiwanese officials to enact a series of defense overhauls — from increased civilian oversight of the Defense Ministry to changing how Taipei recruits and trains its military conscripts and volunteers.

“If the issue is institutional, then the only fix is to fix the institution. Weapons, tools, hardware, buying the right powerful platform — this is totally besides the question,” said Paul Huang, a defense analyst and research fellow at the Taiwanese Public Opinion Foundation, a nonpartisan research organization.

“You’re looking at a military that is just totally stuck in the past, that is not adapting to new realities, the civil-military relations are completely outdated. . . . It’s not the way a military in a democracy should be run.”

Huang warned that if Congress focuses its security assistance efforts to Taiwan mostly on speeding up and expanding weapons shipments, that could be wasted American taxpayer money unless the Taiwanese Defense Ministry changes the way it operates.

Bipartisan legislation that would approve billions of dollars over the coming years in U.S. assistance for Taiwan to modernize its military, which could reach the Senate floor this year, does not do much to prod the Taiwanese Defense Ministry to adopt bureaucratic reforms — though it does seek to incentivize Taipei to increase its defense spending each year.

In interviews here last month, a handful of young Taiwanese men with military backgrounds, as well as several senior retired Taiwanese military officers and defense analysts, voiced a variety of mostly negative opinions about Taiwan’s readiness to capably defend itself against a potential invasion by China — as Ukraine has done against Russia.

Some, like Huang, were scathing in their criticism of the Taiwanese Defense Ministry, while others voiced more generalized disappointment with the state of military training and pessimism about the self-governing island’s ability to strengthen its defenses in time for a feared Chinese attack, which some U.S. and Taiwanese experts estimate could come in the next five to 10 years.

Peach Hsu, 18, recently completed his basic military training period and is now in a two-year program at the Air Force Institute of Technology in Kaohsiung City to become a noncommissioned officer specializing in aircraft maintenance. He’s uncertain about the Taiwanese public’s readiness to defend itself if China invades.

“For the young men who have served their mandatory military service, they might be able to fight because they’ll have some knowledge about warfare and weapons. But for other civilians and those with families, maybe they will just choose to protect their family first,” he said one evening outside the historic Raohe Night Market.

Taiwan has struggled with its military recruitment amid a strong economy that has seemed to offer more appealing job prospects for young Taiwanese than a career in the armed forces. Taiwan’s military also has suffered reputational hits with the public due to recent deadly military training accidents, as well as seeming to be outmaneuvered by the Chinese military’s increasing use of “gray zone” tactics that feature psychological warfare maneuvers designed, in part, to lower the morale of Taiwan’s public and military.

Taipei has self-imposed policies, backed by the United States, of not retaliating against Chinese incursions into its air and maritime spaces. But that comes at the price of the Taiwanese military feeling impotent, said Michael Tsai.

“They don’t know how to fight back, just watch … that’s a sign of weakness,” said Tsai, a former vice defense minister, who now teaches at the Taiwan Defense Institute and noted that he was speaking in a personal capacity. “What can we do? We are not going to be condemned (internationally) as a troublemaker.”

Additionally, Taipei is struggling to reverse the trend since the 1990s of multiple governments reducing the amount of time young Taiwanese men are required to serve in the military, which has been steadily whittled down from two years’ mandatory service to just four months today.

The hopes of recent decades that mostly stable relations with Beijing under successive Chinese presidents Jiang Zemin and Hu Jintao had made it safe for Taiwan to move away from its decades-old conscript military model to an all-volunteer force are now dead, thanks to the aggressive tactics and bellicose threats of Chinese President Xi Jinping.

A vast majority of polled Taiwanese (78%) in March said they had little to no confidence in Taiwan’s ability to defend itself, according to a survey from the Taiwanese Public Opinion Foundation.

Notably, overwhelming majorities of the Taiwanese public (between 65% and 76%) in surveys taken this spring and summer by different polling organizations said they would support lengthening compulsory military service back to one year from a few months, in response to the rising threat from China.

Younger generations of Taiwanese are, according to multiple polls, most likely to say they would oppose unification with China and want Taiwan to resist Chinese pressure. But that polling support has not translated into increases in the number of young Taiwanese men signing up to join the armed forces.

The March opinion poll by the Taiwanese Public Opinion Foundation found lower levels of support (56%) among the 20-24 age group for lengthening Taiwan’s mandatory military service to one year — the age group that would be most directly affected. That’s compared to the three-quarters of all age groups that support extending military service.

“Most people do not want to join the military, because we are upset with our military and government. Our bureaucracy is so lazy,” said Devin Bai, 19, a college freshman in Taipei studying defense policies, who has not yet completed his mandatory four months of military service. He spoke with CQ Roll Call during a weekend fundraiser to benefit the Ukrainian people. “Our trainings are really boring, and people think it’s useless. But if it’s improved, recruitment might get better.”

Retired Lt. Gen. Chang Yan-ting, a former deputy commander of Taiwan’s Air Force, blamed what he said was the “blind nationalism” of many of Taiwan’s young for the apparent disconnect between their self-declared patriotism and disinterest in joining the military.

It has been a big struggle for Taiwan to retain even its military volunteers.

From 2019 to 2021, some 8,000 volunteers across the Taiwanese Army, Navy and Air Force left their military service early before completing their contract, which is typically four years, and paid back their recruitment fee, said Chang, who retired two years ago.

“That’s why they tried to lower the (difficulty) threshold for training, just to stop people from leaving. But then it creates more accidents,” which further harms the military’s reputation with the Taiwanese public and depresses recruitment, he said.

Taiwan is also badly lacking in officers and noncommissioned officers. The Taiwanese military has only 60% of the NCOs it needs, and just 40% of the officers it requires, according to Chieh Chung, a defense analyst with the National Policy Foundation, a think tank aligned with the opposition Kuomintang party, citing a 2020 Defense Ministry report.

The Taiwanese Defense Ministry declined a request for an interview.

“We understand our own responsibilities in Taiwan’s defense. There’s a lot of things we need to do other than procuring the articles that we need for the asymmetric warfare,” Taiwanese Foreign Minister Joseph Wu said in a brief interview with CQ Roll Call at the Foreign Ministry, responding to criticisms raised by members of Taiwan’s defense community. “The reform of the reservists is something that we have been working very hard on, and it takes time to overhaul the situation that we have ignored this area for a long time.”

Taiwan’s globally low birth rate (just 1.07 births per woman) is also a contributing factor to public concerns about what it would mean for the island’s labor market and economy if millions of working-age men were abruptly pulled from their jobs and conscripted.

Despite the generalized public agreement that Taiwan badly needs to overhaul its military reservist program — concerns that have been amplified and clarified by Russia’s invasion of Ukraine and China’s menacing August drills encircling Taiwan — President Tsai Ing-wen has yet to announce any policy change.

“It’s hard for the ruling party to do it because it’s not very welcome among younger generations,” said Alfred Chia Hsing Lin, a military reserve officer who also works as the deputy communications director of the Kuomintang party. “Our government is trying to solve that issue, but our general public, especially young parents, those people from 40 to 50 and their children, will fight against that policy. So I’m not sure whether our government can really restore it.”

Younger voters are a critical base of support for Tsai’s Democratic Progressive Party, which is currently leading in polling going into local elections in November.

“What’s wrong with Taiwan’s defense and military and broadly the national security apparatus is the civil-military relations in Taiwan are fundamentally outdated and nontransparent,” said Huang, who is a reservist army corporal. In particular, he faulted a lack of “due diligence” from parliament and strong civilian leadership at the Defense Ministry. “There’s no check and balance,” he said.

Taiwan’s Defense Ministry leaders are appointed by the president and do not need to be confirmed by lawmakers. The vast majority of Taiwan’s defense ministers and vice defense ministers are former generals who were appointed to their civilian roles without any cooling-off period after taking off the uniform. So the ministry as an institution has remained change-resistant even as the methods of 21st century warfare, including those that China is currently threatening Taiwan with, are rapidly evolving, critics told CQ Roll Call.

Furthermore, the Taiwanese military is too Army-centric, argues Chang, the retired Air Force general: “Our military organization is really, really focused on our soldiers. They disproportionately ignore our Navy and Air Force.”

And that’s problematic because Chinese military threats, including fears of a blockade or an amphibious invasion, as well as the frequent ongoing gray zone incursions into Taiwanese air space, are centered in the battle domains of the Navy and Air Force.

However, because Army officers dominate the military hierarchy and the Defense Ministry, in practice it has been Army generals “making the decisions and planning the strategies” for the Navy and Air Force, Chang said.

The Army dominates Taiwan’s military and Defense Ministry because of its much larger size as a fighting force. The number of combined Air Force and Navy general and admiral positions is 50, which is equal to the number of generalships the Army has, according to Chang, adding that dedicated Defense Ministry policy jobs are even more similarly disproportionately tilted toward Army officers.

“Our MND (Ministry of Defense) is quite old-fashioned, conservative, they are quite reluctant to implement these kinds of comprehensive reforms of the institution, so as lawmakers we have to push them for that kind of reform,” said Lo Chi-cheng, a lawmaker with the governing Democratic Progressive Party, who sits on the Taiwanese parliament’s Foreign and National Defense Committee. “It’s very difficult to pass laws to regulate these kinds of small bureaucratic procedures.”

(Annabelle Chih, a local journalist, contributed to this report.)

© Copyright 2022 CQ-Roll Call. All rights reserved. This material may not be published, broadcast, rewritten or redistributed.