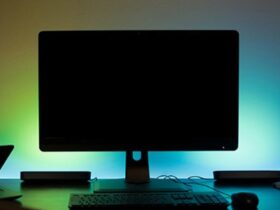 This $121 Philips Hue Entertainment Bundle Lights Your Space for Less

The sponsors’ backdrop was missing and the champagne spray parked but at the end of a rapid-fire Test decider, played out to a backdrop of national mourning in which English cricket struck the right tone, Ben Stokes smiled with satisfaction as he was presented with the Basil D’Oliveira Trophy.

A crowd of 5,000 had pitched up to the Oval to watch just 25 minutes of cricket in watery September sunshine as England sealed a nine-wicket victory over South Africa, and with it a 2-1 series victory. After Ollie Pope had duffed his attempt to scoop the winning runs a la Joe Root earlier in the summer, Zak Crawley punched Marco Jansen through cover for four to move to an unbeaten 69 and complete an inevitable chase of 130.

Gone was the incredulity on the face of Stokes when bad light halted his side’s victory charge the evening before with just 30 required. In its place was a captain with a player of the series medal around his neck reflecting on a memorable first summer in the job. Six wins from seven – England’s best home season for 18 years, no less – is a fair old turnaround from their previous one in 17, but it was the soulful manner in which they delivered it that may well have restored the public’s faith.

This remains an imperfect team, certainly, and tough assignments lie ahead, not least three Tests in Pakistan in December. Crawley and Alex Lees, lbw for 39, are still a couple of head-scratchers, but have likely booked their plane tickets through a second century stand of the summer, while the challenge of taking 20 wickets away from home will be significant. South Africa’s batting lineup, it must be also said, was very flaky.

But for all the caveats and the whataboutery of the modern sporting discourse, it would be churlish not to recognise that England appear on to something under the bristling leadership of Stokes and with Brendon McCullum, the head coach, whispering positive vibes in their ears like an eager bungee jump instructor on New Zealand’s South Island.

The pair have clearly delivered the “mentality shift” that Rob Key diagnosed as essential before he swapped commentary for the role of director of England men’s cricket in April. After all, personnel changes have been minimal – Matt Potts, Jamie Overton and Harry Brook the debutants this summer – and the previously encumbered incumbents have responded to the mantra of putting results to one side, selectorial backing and repeat reminders they are living out the dreams of their younger selves.

The upshot was a summer bookended by emerging on the right side of seaming dogfights in London but in between they wriggled out of tight spots consistently. The win at Trent Bridge, for example, came after shipping 553 first up and then they bounced back from 55 for six at Headingley to sweep New Zealand 3-0. Even a 132-run first innings deficit in the one-off Test against India was no issue, a record fourth innings run chase of 378 vaporised by the flashing blades of Root and Jonny Bairstow.

As the Hundred struggled to match the excitement generated during the midsummer hiatus, many wondered whether the remarkable form of the two Yorkshiremen (plus a combination of flat surfaces and doughy Dukes balls) was the chief difference. Both were kept quiet by South Africa’s wonderful attack however – Bairstow then cruelly missing the third Test with a broken leg – and yet after the shock of the defeat at Lord’s, Stokes powered a commanding response with bat and ball.

South Africa had walked tall through the wood-panelled Long Room at Lord’s and engraved their latest mark on the ground’s history but their tour somewhat disintegrated thereafter. Beyond one half-century all series not being remotely close to sufficient – their shortcomings with the bat must be remembered amid England’s delight – the lesson for the Proteas to take to Australia later this year is that Kagiso Rabada, 14 wickets in the series, must be protected, and that Jansen is simply too good to mix the drinks.

The latter’s bizarre omission at Old Trafford in favour of two spinners locked Dean Elgar into a bat-first strategy under leaden skies. As such, England were handed a second red carpet in the week their captain’s tell-all documentary premiered. Stokes’s measured century, plus a second in Test cricket for Ben Foakes, dispelled concerns that England knew only one way. The excellence of Jimmy Anderson and Stuart Broad endured (they shared 56 wickets this summer), while Ollie Robinson returned to finesse 12 victims at 15 from his two Tests. Fitter and leaner after some tough love from Stokes, this accurate, bouncy craftsman now has 51 at 19.8 apiece from 11 caps.

It was something of a surprise, therefore, that the more nuanced approach seen in Manchester fell by the wayside at the Oval and nearly blew up in England’s faces when, 84 for two in reply to South Africa’s 118, they went hard at the ball and crumbled to 158 all out. Stokes, among those to throw it away before his seam attack spared the team’s blushes, was slightly chippy about some of the criticism that resulted but with time to reflect over a few cold ones, he may grudgingly accept there was some justification.

Either way, those delayed drinks – among the sources of his frustration on the second evening – were well earned, both for a barking knee after thundering 18 wickets this season and the way his emergence from a dark period in his life has been echoed by his troops at large. Many wondered if the captaincy would overburden the all-rounder but, going by the early evidence, it could well be the making of him and this team.