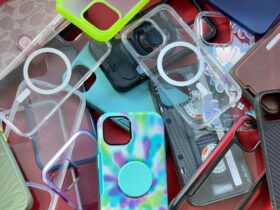 There were some dreamy-looking images of Ben Stokes and Brendon McCullum, England’s inner circle, the bro-tocracy, during the South Africa Test series. At Old Trafford there was the balcony tableau after Stokes’s hundred, coach and captain bathed in August sunshine, a collage of shades, beards, guns, tattoo-sleeves, giving off an alpha energy so powerful it may have been responsible for fusing part of the pavilion circuit.

At the Oval there were shots of the pair of them lounging together on the turf Baz-Head Revisited-style, Sebastian and Charles in Cinch-branded lycra tracksuits.

Genuine elite sporting friendships are rare. More often these are forged out of necessity, external pressures and the illusion of team spirit generated by victory. But Stokes and McCullum’s relationship really does seem to be a founded in mutual affection, along with a fertile tessellation of ideas and intentions. This might sound crass and speculative, but, then, the best working relationships can often be comfortingly straightforward.

Stokes lost his Kiwi dad last year. For now, while the sun shines, he really does seem to have found a Kiwi big brother.

Either way the people in charge of the England men’s red ball team look happy. Not only is this contagious, good for business, and great TV product, but it hasn’t been possible to say that for quite some time. And this was an undeniably vital summer of Test cricket.

How did they do it? From one win in seventeen, to six in seven. From emotional exhaustion to the summer of Baz-love. Most attention will focus on the batting, if only because it is the easiest thing. Fourth innings chases, the shimmy down the pitch to the seaming ball, Jonny Bairstow setting about world class bowlers like a man gleefully scything his way through a plasterboard wall with a polo mallet. This has has been the iconography of the summer.

But in many ways what Stokes and McCullum did with the bowling was even more vital, and even more impressive, in particular the handling of Stuart Broad. England have needed Broad this summer. Whisper it, and certainly whisper it around Stuart Broad, but he might not have played much had everyone else been fit. They haven’t been: and Broad is always fit and always game. In every walk of life, sometimes just not going away really is a vital quality.

So Broad played all seven Tests, a powerful, occasionally disruptive character, desperate to play another Ashes summer just as his role starts to narrow; and poised centre stage right at the start of this delicate thing.

From that potentially hazardous start the handling of Broad has been seriously impressive: from convincing him of his vital importance to the new era in the unwanted role of First Change Stuart; to captaining some really fine, match-turning spells of bowling; to the sense that Broad’s theatricality, the big ego presence has become in this new-build England team an affectionate kind of comedy.

Broad gave a brilliant interview at the Oval, an interview that was basically an advert for Stuart Broad, ranging across subjects as diverse as how vital he is personally to this new era, (“It’s been very powerful”), to talking up his own new tactical role, bowling fuller, not protecting his figures, trying to get wickets, as thought it is simply what he has been desperate to do all along. This is, as management theorists would say, great buy-in.

At the end of this there will be a temptation to lump Broad in, as ever, with James Anderson, to see another defiant twin Branderson summer, something that has perhaps benefitted Broad to some degree. In reality they are quite different. Broad has been very good for a very long time.

Anderson, on the other hand, is a cricketing genius and a genuine hall-of-famer. And really this has been his summer. Just look at the numbers. In six Tests Anderson has 27 wickets at 17.6, sublime in every spell, a master of his craft. Broad has 29 at 27 in one more match, which is pretty good, albeit home summers carry a premium and no one out there can bat. Stokes has 18 at 25. Ollie Robinson and Matt Potts, who, like Broad, also played seven Tests combined, have 32 at 23. “If it was the Ashes tomorrow and David Warner is opening I think I’d be opening the bowling,” Broad offered up at the end of the Oval Test. And while this is great nudge-theory, great brand-reminders – Ashes, Warner, big moments, I am Stuart Broad – it is also not correct.

Robinson’s initial selection had always seemed to be part of a long term de-Broadification of the Test team, even if they are in many ways very different – Robinson a kind of Ginsters and Lucozade man, a fag on the fire escape kind of vibe, Broad rigidly fit and focused. But Robinson has also been supremely well managed by Stokes and McCullum, told what to do, made to feel like a grown up while he does it, and given the chance to show what a wonderfully skilful, tactically astute bowler he is.

It is in the field that teams are really made, and where they can also fray. Fusing these needs and interests, forging a decisive attack out of these ageing lions plus Jack Leach, who lest we forget, took a home Test ten-for this summer, has been hugely impressive.

It is of course necessary to see this in context of an undercooked South African batting lineup, plus some very handy home conditions. But Stokes has also been tactically very good and miles ahead of his predecessor in bowling changes, fielding plans and generally keeping the energy high and his players happy.

At which point, back to Ben and Baz, and the question of happiness, which is significant in other ways. McCullum said something interesting in his own post-match TV interview. Asked about his approach he talked for a bit about enjoyment: how it first draws us into sport; and the way it then goes. It is the catch-22 of professionalism. Play it because you love it.

Then keep playing even though you hate it.

McCullum has tried to bring enjoyment back. This is both a good good team move and also a profound point about Test cricket, which this England group often talk about preserving and elevating. What is Test cricket’s USP? What does it have? Not easy income streams or a time slot for the casual viewer.

But Test cricket does have something that can’t be synthesised, a deep well of slow-burn affection among players and spectators, an ability to create longer stories, and a kind of love for the sport and its rhythms that is beyond the current franchise slog.

Does anyone really love watching treadmill cricket? Is it bathed in golden light? Are players genuinely gripped by this, outside of the IPL? Players will go where the money is. But money and an audience are there in the longer form too. And Test cricket, alone, can offer these other feelings, this other kind of spectacle. Whatever the detailed commercial strategy, the summer of Ben and Baz has shown that this sense of life is still there.