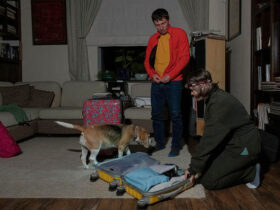 A reminder of how Group D looks after Matchday 1. Here’s the Guardian match report of Tottenham’s 2-0 win over Marseille, and there’s a wee bit on Sporting’s 3-0 demolition of Eintracht downpage here.

Tottenham make one change to the starting XI named for last week’s 2-0 win against Marseille. Ben Davies replaces Clement Lenglet, who drops to the bench.

Sporting Lisbon’s XI features former Spurs academy player Marcus Edwards. David Hytner has more on a young striker who had always seemed destined to feature in a showpiece Tottenham Champions League tie – albeit not in a Sporting shirt – below.

Sporting are one of Portugal’s domineering big three, but unlike their all-conquering rivals Benfica and Porto, they haven’t made much of an impression in the European Cup. Their most successful tilt at Uefa’s premier prize came in 1983, when they were knocked out at the quarter-final stage by Real Sociedad. Other than that, there’s very little worth noting. Beaten in the first round by Bob Shankly’s Dundee in 1962. Thrashed 5-0 at home last autumn by Manchester City. These are slim pickings. At least they’ve got memories of the 1964 Cup Winners’ Cup to keep them warm at night.

Last year’s thrashing by the hand of City came in the Round of 16. It was only the second time Sporting had made it through the groups, the first being 2008-09, whereupon they were spanked 12-1 on aggregate by Bayern Munich. The moral of this story? It’s either be careful what you wish for, or that Sporting are currently on the up. Let’s go for the latter, as they beat Borussia Dortmund 3-1 and Besiktas 4-0 at home last season, to finish second in their group, even if they did go down 5-1 when Ajax came to town. More pertinently, they trounced Europa League champions Eintracht Frankfurt 3-0 away last week, and currently top Group D, one goal ahead of tonight’s visitors Spurs, who eventually saw off Marseille last week with two late Richarlison headers.

Spurs are nevertheless expected to prevail this evening. “Tottenham are the clear favourites in the group,” says Sporting coach Ruben Amorim. “We will have to be wary because they will punish us for the slightest mistake.” By contrast, Antonio Conte is “relaxed” and in the mood to take advantage of the weekend off. “The postponement of the game against City has allowed me to change the idea of the team I had in mind,” he explains, perhaps ominously for tonight’s hosts. Will his team take charge of Group D with a win tonight? Or will it be Sporting who build on their impressive showing last week? Kick off is at 5.45pm BST. It’s on!