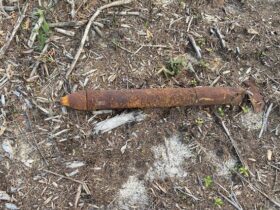 Gareth Southgate has admitted some of his younger England players felt the weight of the shirt during a high‑stress Nations League get-together.

The manager was the focal point for criticism after the 1-0 defeat against Italy in Milan last Friday, the travelling fans booing him at full time. The result had followed the 4-0 home defeat against Hungary in June when Southgate was also jeered – the final tie in a sequence of four, which started with the away loss against Hungary and took in draws with Germany and Italy.

The fear was that the negativity would hold the team back and they wobbled in the Wembley game with Germany on Monday, falling 2-0 behind in the second half. But Southgate was delighted with the quality and character they showed to take a 3-2 lead, even though a soft, late concession gave Germany a draw – feeling the emotion and experience would bolster them for the World Cup in Qatar, which kicks off in late November.

“They have been through a lot and the psychology of it all is fascinating for us,” Southgate said.

“Different expectations, different levels of experience in the group. Some young ones that are actually handling it brilliantly and some that are needing help and guidance. They will be thinking: ‘What is this?’

“We have talked about how the shirt feels and they are experiencing for the first time a little bit what some of the older ones have been through in the past. That [comeback against Germany] is what we want. That’s the style of play that we know they are capable of. We have to keep instilling the belief and the confidence in them to be able to do it.”

Southgate pushed the theme of resilience in adversity and he applied it specifically to Harry Maguire, the Manchester United defender, who has lost his place at club level and continues to live under an unforgiving spotlight; he was badly at fault for Germany’s first goal and he lost the ball in the buildup to their second.

Southgate has said that Maguire’s prospects would become “more complicated” if his lack of football at United persisted for the “seven to eight weeks” leading up to the World Cup. The manager added on Monday night that he had to “focus on our best players – unless that situation becomes untenable”. He has given himself the wriggle room to drop Maguire in Qatar. But his backing for one of his key lieutenants remains strong.

“I know everybody says he’s important to me – he’s important to us,” Southgate said. “It’s us. It’s not me. Why do we pick him? Because he’s one of the players who gives us the best chance of winning. We should all be wanting a Harry Maguire that’s playing regularly and playing with confidence.

“That applies, of course, to quite a few players but he’s the one that everything lands on, which must be a tough space for him. But he’s showing tremendous character. He has got the character to get over this because he’s a boy that has been from Sheffield United to Hull City … he’s not one where everything has been smooth.”

Southgate suggested that Trent Alexander-Arnold faced a battle for inclusion in the 26-man World Cup squad, as he was behind Kieran Trippier in the right-back pecking order – not to mention Reece James. Trippier’s ability to play on the left side is another point in his favour. Southgate also explained why he omitted Alexander-Arnold from the 23-man match-day squad against Germany, having left out the left‑back, Ben Chilwell, against Italy.

“Firstly I didn’t want any player to sit in the stand for two matches,” Southgate said. “Against Italy we didn’t need the left-back cover [on the bench]; against Germany, we did because of the way we went with the team, so we needed Chilly on the bench. And we had Kieran who, at the moment … I feel his all-round game is ahead [of Alexander-Arnold].

“I’ve had long conversations with all of them [who have been left out]. I’ve been very clear with them about where they stand, what they need to improve upon, what they’re doing well. They’re very clear on where they sit.”

Southgate will not see his players again until 14 November when they report for the World Cup. They travel to Qatar the next day and their opening fixture comes against Iran on 21 November. “This tournament is unique,” Southgate said. “We don’t get the four weeks we had ahead of Russia at the last World Cup. We have to adapt better than anybody else.”