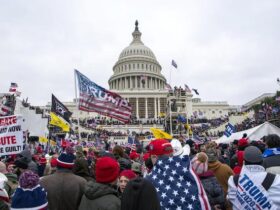 Garang Kuol, the 17-year-old forward who only made his professional debut last December, has earned a first Socceroos call-up ahead of two friendlies against New Zealand, but Tom Rogic is again missing from the 31-man squad named by Graham Arnold.

Kuol’s meteoric rise since debuting for Central Coast Mariners at the end of last year has been rewarded with a place in the national squad for the games on 22 and 25 September, which provide Arnold a last chance to run the rule over potential inclusions in his final World Cup squad.

Kuol, who scored four goals in his first seven senior games for the Mariners and has recently been linked with a move to several top European clubs, is joined in the squad by his clubmate Jason Cummings, the Scotland-born attacker who is now eligible for the Socceroos having moved to Australia in January this year.

But the continued absence of star midfielder Rogic is eye-catching just two months out from the start of the tournament in Qatar. The playmaker, who made an emotional departure from Celtic at the end of the last SPL season, finally joined a new club this week, signing a one-year deal with Championship side West Brom.

The 29-year-old, considered a key player for Arnold, pulled out of the Socceroos’ crucial World Cup qualifying playoffs earlier this year, citing personal reasons. He has barely been seen since, until he was announced as a Baggies player on Monday.

He will, however, have plenty of time to prove his form and fitness to Arnold before the World Cup begins, with West Brom to play more than 10 games before the coach announces his final squad in early November.

Four members of the Olyroos’ Tokyo 2020 squad have been included in the latest squad – Keanu Baccus, Cameron Devlin, Ryan Strain and Tyrese Francois – while Harrison Delbridge has also won his first call-up. Thomas Deng, who also played at the Tokyo Olympics, rejoins the squad for the first time since 2018.

“I’m excited to see a number of young Australian’s gaining great experience across Europe and throughout Asia, and it is important we bring them into the national team environment to build on our depth and assess their capabilities at this level,” Arnold said.

“We have been closely monitoring our players since qualifying for the World Cup and are regularly speaking with them about this opportunity. I can’t wait to get back into camp to work with our experienced group of players and the next generation of emerging stars.

“The incentive couldn’t be bigger, there’s a place at the World Cup at stake and if you’re working hard and playing well then there’s an opportunity for you to represent your country on the biggest stage.”

Goalkeeper Mitch Langerak has also been included, after reconsidering his decision to retire from international football.

“After speaking with Mitch, I understood his decision at the time was made for family reasons and the unique circumstances where he is living in Japan, which had strict protocols in place during the Covid pandemic. We value him highly both as a person and a player, and he continues to perform at a high level in the J-League,” Arnold said.