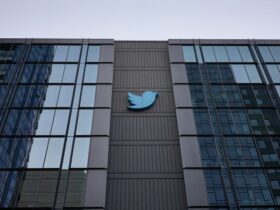 A record 345 million people worldwide are currently facing acute food insecurity, the United Nations World Food Program reported this year — or as program head David Beasley grimly summarized, they “are marching to the brink of starvation.” And this critical food deficit has only grown in urgency.

Though food security levels have been dwindling for decades, recent crises have exacerbated the decline.

It’s a complex mess that’ll ultimately require a ledger of interventions to remedy in full — but last week, scientists presented an intriguing way to help alleviate the burden.

It might be prudent, they say, to redirect some resources we use to feed livestock, such as cereal crops and fish suitable for human consumption, back into our food supply pool. The team believes those animals could instead chow down on certain food byproducts humans would typically throw away. Things like sugar beet, citrus pulp and crop residues. And after modeling such adjustments, the researchers calculated it’s possible to increase our collective food supply by up to 13% in terms of calories and 15% in terms of protein content.

That’s enough to feed about a billion more people.

“More efficient use of food system byproducts and residues can reduce food-feed competition and increase the global food supply without increasing the use of valuable natural resources,” said Vilma Sandström, postdoctoral researcher at Aalto University and first author of a study on the concept published in the journal Nature Food.

This sort of food-feed manipulation tactic, however, isn’t exactly a new concept. Scientists have gone back and forth for years on whether livestock consumables can be repurposed, some arguing such competition isn’t quite a huge deal.

In 2017, in fact, a separate study found 86% of dry livestock feed, including residues and byproducts, aren’t currently edible for humans, so food loss from feeding animals is minimal. Still, according to the team’s new study, that leftover 14% may be somewhat bendable to benefit the food supply system overall. Plus, a previous study Sandström and colleagues developed — about reducing food loss through supply chain management — outlines how we can increase food supply by about 12%.

“Combined with using byproducts as feed, that would be about one quarter more food,” Matti Kummu, an associate professor at Aalto University and co-author of the study, said in a statement.

Perhaps small steps like these will eventually amount to a large dent in the food security crisis.

Is this safe for animals? For us?

First, is it ethically wrong to take fresh livestock feed and replace it with crop residues and byproducts shed from food meant for us? Second, is it healthy for us to feast on items traditionally given to animals?

“Food system byproducts and residues are already widely used in animal feeds around the world,” Sandström said of the first concern. “What we suggest is to increase this use in regions where there is potential for increase.”

She also considers another possible setback: some byproducts might be of lower nutritional quality or contain compounds known to reduce animal productivity. The team’s study made sure to model a scenario accounting for this caveat, however, and found “especially in cattle nutrition, it is possible to formulate diets entirely based on non-food-competing feedstuffs, even at very high animal production levels.”

With regard to the second concern, Sandström admits that a paradigm shift would be required, if we want to introduce new food options to communities. This is because most fish typically used in livestock feed, for example, are small, bony species we may not be used to eating. But maybe, she suggests, those fish can be canned, cured, dried or processed in special ways they could turn out to be great, low-cost and highly nutritious options for people who can’t necessarily access more expensive fish.

Nonetheless, the team believes its new global food system plan is a viable way of helping a wide range of people in need. Plus, its  blueprint doesn’t require any additional resource mining. It just calls for a bit of reframing, which is why the team calls it a sustainable solution, too.

“Currently, the global food system is one of the major causes of environmental degradation,” Sandström said. “It occupies more than a third of Earth’s terrestrial surface, uses 70% of all freshwater withdrawals and causes 20% to 30% of total climate change emissions.”

Even if Sandström and fellow researchers’ idea comes to fruition, it’s unlikely to be a standalone answer to the pressing problem of global food insecurity.

The team’s theoretical excess food supply would be unequally distributed across the world. It’d most likely trickle down to developed countries primarily, instead of the developing countries with a greater need for it.

In North America, for instance, the study states nearly 20% of livestock feed competes with human food supply, while in Europe, it’s about 16%. In Africa, the share of food grade-feed in animal diets is below 4%, and in Latin America, it’s 8%.

Thus, it’s important to combine a change in animal feeds with other policy measures like improved trade flow and dietary amendments, which is why the study’s researchers began analyzing every aspect of how society’s food web works in the first place.

They’re on a quest to find loopholes, gaps and missed opportunities.

“This was the first time anyone has collected the food and feed flows in this detail globally, from both terrestrial and aquatic systems, and combined them together,” Kummu said. “That let us understand how much of the food byproducts and residues is already in use, which was the first step to determining the untapped potential.”