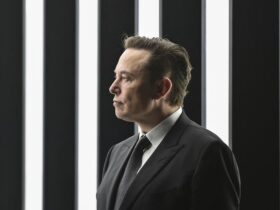 Two managers were under pressure. West Ham were on their worst home run for more than 19 years. Wolves had won one of their past 14 Premier League matches.

Something had to give and once West Ham scored, it was always likely to be Bruno Lage’s Wolves who dropped into the bottom three. They created several chances against David Moyes’s team and controlled much of the possession but continue to be hopeless in front of goal. The belated appearance of a one-time Premier League winner as a second-half substitute, for all that Diego Costa caused problems, could not end the search for only a fourth league goal of the season.

Though shots often whistled past West Ham’s goal, particularly in the latter stages, their collection of three points was testament to taking chances when they are presented, and the value of confident, decisive attackers.

If Moyes is feeling any pressure, he had chosen a strikingly attacking team, with Maxwel Cornet, Lucas Paquetá and Jarrod Bowen in support of Gianluca Scamacca, West Ham’s goalscorer after 29 minutes.

Does Wolves’ signing of Diego Costa, a substitute here, represent desperation or inspiration? The chance to see the old warhorse, 34 on Friday, would have to wait, though a first-half knock to Pedro Neto had Costa raging at Wolves coaches that he was not requested to warm up in readiness to come on. Adama Traoré came on instead, Lage clearly unconvinced Costa was capable of 65 minutes of his wrecking-ball brand of football.

For all super-agent Jorge Mendes’ contacts market, in his advisory role to Wolves’ owner he is still yet to source a striker of the class of Raul Jiménez, whose injury problems continue. And certainly not of the quality of Joao Moutinho and Ruben Neves who both made their 150th Wolves appearances here.

Neves, in the absence of the suspended Nathan Collins, was partnering Max Kilman in central defence. The younger Portuguese maestro is an adaptable sort but an early booking for baulking Bowen put him on a disciplinary tightrope as Wolves began to struggle with the speed of West Ham’s counterattacks. Initially, West Ham had struggled with Neto as a false No 9, Lukasz Fabianski asked to make two, full-length saves, the first from Daniel Podence, the second from Jonny, both coming in from the flanks.

Moyes came to the edge of his outsized technical area to restore order and his team took up the cudgels, Bowen to the fore in forcing a fumbled save from José Sá that Jonny had to sweep up. Neto’s departure had placed Gonçalo Guedes in a central role and Wolves clearly missed Neves’ control in midfield.

Bowen’s speed was the decisive factor in Scamacca’s first Premier League goal, carving out space after a pass from the Italian and Kilman’s tackle could only direct the ball into the striker’s path. Scamacca’s celebration was almost as fierce as a finish that arced beyond Sá, taking a slight but decisive deflection off Jonny.

From the beginning of the second half, West Ham looked happy to sit back. Traoré’s splat of a finish further reminded of Lage’s team’s problems in front of goal. Wastefulness and slack defending is a bad combination. West Ham’s second goal, though expertly steered in by Bowen, came soon after Traoré’s miss, and far too easily. Thilo Kehrer’s shot was blocked by Kilman and Bowen could then use Rayan Aït-Nouri as a screen to beat Sá.

With 58 minutes gone, all seeming lost, Lage pushed the Costa button. On he came with trademark snarl as he ordered his new colleagues into position. Wolves abandoned their previous oblique passing patterns, to instead get the ball launched into the mixer, where Costa asked very different questions of Craig Dawson and Kurt Zouma in the Hammers’ central defence.

The first big chance came 10 minutes in. Traoré’s cross found Costa unmarked and yet he headed wide, this time saving the snarl for himself. It was next aimed at an assistant referee when he had set up Podence for a tap-in but had loped offside. At least something was at last happening up front for Wolves.

Without goals, or ever looking likely to score them, Wolves, booed off at full-time, will be staying in the bottom three.