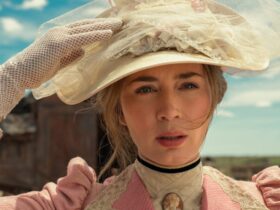 ‘The English:’ That Ending Explained and All Your Questions Answered

1 min: And we’re off! Saudi Arabia kick off and attack from left to right wearing their all-white kicks, the United States from right to left in their all-white strips. And it takes only 25 seconds for US goalkeeper Matt Turner to be tested. Alghannam fires a shot through traffic on goal but the Arsenal backup parries it away.

The players have emerged from the tunnel to a nearly empty Estadio Nueva Condomina. Big lockdown atmosphere! First a recording of the Star-Spangled Banner, then a recording of Saudi Arabia’s national anthem. We should be under way momentarily and we’ll pick it up with minute-by-minute coverage from there.

Berhalter’s XI for today’s friendly (average age: 25 years, 73 days) is an experienced one by this cycle’s standards. The starters have averaged 33 international appearances, the highest for a US lineup in nearly three years. A couple of other newsy notes:

Yedlin will make his 75th appearance, moving into a tie with Mike Burns for 31st on the team’s all-time caps list. But he’s the first to reach the milestone since Jozy Altidore in 2014.

Pepi earns his first appearance since starting the final World Cup qualifier at Costa Rica on 30 March. The 19-year-old from El Paso, who was recently loaned to Dutch side Groningen and scored his first goal in nearly a year, gets the call in front alongside Pulisic, who missed the Japan match on Friday due to an injury picked up in training.

The United States have played six times all-time against Saudi Arabia, winning three, losing two and drawing one. But this is their first meeting since the third-place match of the 1999 Confederations Cup, when the US won 2-0 behind goals from Paul Bravo and Brian McBride (and Berhalter started at center back).

Interestingly enough (or not), Berhalter also made his international debut against Saudi Arabia in a friendly on 19 October 1994 in Dharan.

Berhalter has made four changes to the lineup from Friday’s match against Japan. DeAndre Yedlin is in on the back line, Kellyn Acosta joins the midfield while Ricardo Pepi and Christian Pulisic are up top.

Hello and welcome to Murcia as the United States meet Saudi Arabia in their last friendly before Qatar 2022. Gregg Berhalter’s side enter today’s final tune-up coming off an underwhelming 2-0 defeat against Japan on Friday in which they failed to record a shot on target and in need of a far more positive showing today at the Estadio Nueva Condomina to allay fears with the World Cup less than eight weeks away.

Kickoff is just over a half hour away. We’ll be back with the team sheets directly.

Bryan will be here shortly. In the meantime, here’s how the US got on in their previous game:

Daichi Kamada scored following Weston McKennie’s giveaway in the 24th minute, Kaoru Mitoma added a goal in the 88th, and Japan beat a lackluster and injury-depleted United States 2-0 on Friday in Düsseldorf, Germany, in the Americans’ next-to-last World Cup warmup.

The Americans failed to get a single shot on goal, playing a dismal first half and showing only slightly more initiative after four changes at halftime. They have one win, five losses and four draws in 10 road games since a victory at Northern Ireland in March 2021, and just one goal in their last five away games.

US star Christian Pulisic did not dress because of an unspecified injury. The 14th-ranked Americans already were without Tim Weah, Yunus Musah, Chris Richards, Antonee Robinson and Zack Steffen, and Miles Robinson will miss the World Cup because of a torn achilles.

A series of defensive breakdowns plagued the US in the first half and put pressure on goalkeeper Matt Turner, who has played just one match this season for Arsenal. Turner made a pair of diving saves in the second half, on Junya Ito in the 55th and Kamada in the 65th.