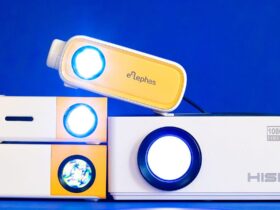 Do Yourself a Favor and Skip These Ultracheap Projectors

Russia has covertly transferred over $300 million to foreign political parties around the globe since 2014, a senior Biden administration official said Tuesday, citing a review by the US intelligence community.

“In its review, the IC found that Russia has covertly transferred over $300 million dollars, and planned to covertly transfer at least hundreds of millions more to foreign political parties, officials and politicians in more than two dozen countries and across four continents in this period,” the official told reporters, adding that “Russia likely has transferred additional funds covertly in cases that have gone undetected.”

Russia is motivated by “trying to advantage specific political parties and undermine democracy in all of these countries,” the official said. “Our view is one of the most effective ways to counter Russian covert influence is to expose it.”

The findings from the review – ordered by Biden administration officials earlier this summer – were downgraded so that the information could be shared with the public and with allies around the world, the official said.

The US shared the findings as well as and steps that can be taken to counter this threat with the countries invited to the Summit for Democracy, which will take place in December. The US is also quietly briefing countries that were impacted.

“The US intelligence community is privately briefing select countries on Russian covert financing targeting their specific political environments. We’re keeping these briefings confidential given the sensitivity of the data, and to empower these countries to enhance their election integrity privately,” the official said.

The Biden administration hopes there will a number of benefits from sharing this information publicly, including: raising global awareness about the threat of Russian covert political financing, triggering other countries to come back to the US with their own information about Russia’s operations, and making clear that Russia’s covert political influence is a “global phenomenon that demands coordinated action,” the official said.

Russia and the parties it supports are also put “on notice” now that this information is public.

“By shining this light on Russian covert political financing and Russian attempts to undermine democratic processes, we’re putting these foreign parties and candidates on notice that if they accept Russian money secretly, we can and we will expose it. So we really see this multifaceted benefit from sharing this IC study in the way that we are,” the official said.

CNN previously reported that US officials are bracing for a mix of foreign interference and domestic disinformation campaigns about the voting process as the midterm vote approaches.

In July, the Biden administration announced sanctions targeting Russia over its global “malign influence” and election interference operations.” That announcement came a day after the State Department’s Rewards for Justice program announced a reward of up to $10 million for information on the Russian troll farm known as the Internet Research Agency, its leader Yevgeny Prigozhin – who is a key ally of Russian President Vladimir Putin – “and linked Russian entities and associates for their engagement in U.S. election interference.”

The IRA, which has been known for meddling in the 2016 presidential election, had a monthly budget of $1.25 million at the height of that election, according to a 2018 Justice Department indictment against the group and its staff. Facebook, meanwhile, disclosed in 2017 that Russian trolls bought over $100,000 in ads on their platform during the 2016 election.

A senior administration official zeroed in the US’ vulnerabilities on Tuesday, saying, “Russian covert political influence pose a major challenge to the United States.”

The Biden administration believes it is important to acknowledge that Russian meddling is not only a distinct challenge for the US.

“The purpose of this exposure campaign is to look beyond the United States without denying that this is a concern we have and a vulnerability we have here. But we wanted to use the exposure campaign to put our context in the broader frame of the challenge of Russian covert political influence, which is global in nature as the IC analysis makes so clear,” the official said.

“We are clear that it is ongoing, it is pervasive, it is global,” the administration official said of Russia’s covert political operations.

Secretary of State Antony Blinken on Monday sent a cable to embassies around the world detailing the findings of this review by the intelligence community.

Russia’s global meddling has been documented in certain instances, including in Bosnia, Montenegro and Albania. Blinken’s cable said that the US intelligence community’s review included Russian meddling in more than two dozen countries.

“For Russia, the benefits of ‘covert political financing’ are two-fold: to develop influence over benefiting-individuals and parties, and to increase the likelihood that those parties perform well in elections. The hidden relationships between these parties and their Russian benefactors undermine the integrity of, and public faith in, democratic institutions,” the cable says.

Blinken detailed the methods of Russia’s interference, including with lavish gifts, cash or cryptocurrency, the movement of funds through shell companies and think tanks, and the use of Russian embassy accounts and resources.