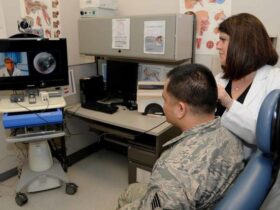 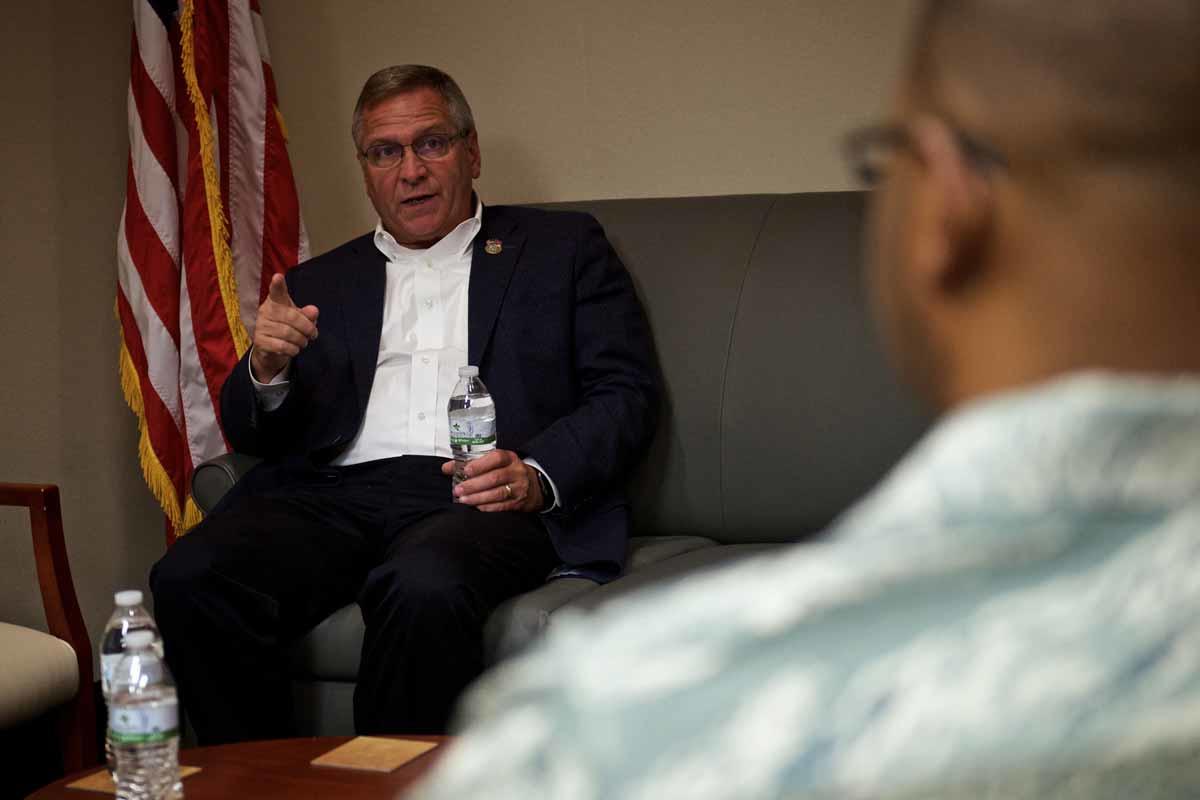 Republicans in Congress are working on “sanctions” against the Department of Veterans Affairs following the agency’s decision to provide abortions in limited circumstances, the ranking member of the House Veterans Affairs Committee said Thursday.

“I am working with my colleagues on the Appropriations Committee and in the Senate to consider sanctions against VA for violating the Antideficiency Act,” Rep. Mike Bost, R-Ill., said at a committee hearing on reproductive health care at the VA.

The Antideficiency Act, or ADA, prohibits federal agencies from spending money that has not been approved by Congress. Violations of the law are subject to administrative and criminal penalties, but it’s unclear what type of sanctions Congress could impose, or if providing access to abortions would violate the law as Bost claimed.

Read Next: As Air Force Cuts Pay for Thousands, Those with Cyber Skills Now Eligible for Big Reenlistment Bonuses

“By ignoring the law, VA is violating the wishes and values of millions of Americans who don’t want their tax dollars used to pay for abortion, at VA or anywhere else,” Bost added.

A spokesperson for Bost told Military.com lawmakers were “still examining what the process for ADA violations would be and how VA would be held accountable for that.”

Thursday’s hearing on reproductive health care at the VA came after the department, for the first time, said it would offer abortions when a pregnancy is the result of rape or incest, or when the mother’s life is endangered by the pregnancy. The department will also offer abortion counseling to any veteran who requests it.

The VA moved forward with its plans Friday, publishing an interim final rule in the Federal Register that allows it to develop and implement the benefit as soon as possible, prompted by the Supreme Court’s June decision that overturned the 50-year-old precedent of Roe v. Wade, which guaranteed abortion rights nationwide.

The Supreme Court ruling in Dobbs v. Jackson Women’s Health Organization set off waves of anti-abortion legislation in Republican-run states. At least 14 states have banned or nearly banned abortion since the Supreme Court’s decision, while another nine have moved to restrict abortion but have been blocked by courts from enforcing the restrictions amid pending legal challenges.

The VA maintains that there is no legal impediment to the department offering abortion services despite the so-called Hyde Amendment that restricts federal funding for abortion in most circumstances and that the only reason it didn’t before is because abortion care was not included in the department’s medical benefits package published in 1999.

Democrats in Congress also maintain the VA has authority to cover abortions under the Veterans Health Care Eligibility Reform Act of 1996, which says the VA secretary “shall furnish hospital care and medical services … which the secretary determines to be needed.”

But Republicans argue that, in addition to the Hyde Amendment, the Veterans Health Care Act of 1992 bars the VA from covering abortions. That law directed the VA to provide reproductive health care except for “infertility services, abortions or pregnancy care” unless that care is needed because of a service-connected condition.

In addition to Bost’s threatened sanctions, Republicans on Thursday also alluded to the potential for a lawsuit against the new policy.

“I look forward to it being overturned by the courts, and I plan to do whatever I can to support that effort,” said Rep. Matt Rosendale, R-Mont.

An estimated 96,200 female VA patients live in states that have banned or severely restrict abortion, according to written testimony to the committee from Kayla Williams, a researcher at Rand Corp.

Annually, the VA has had to send an average of 10 to 20 veterans to outside doctors for “life saving” abortion care, Shereef Elnahal, the VA’s undersecretary for health, said Thursday. The VA estimates it could provide about 1,000 abortions annually under the new policy, the majority of which would be medication abortions, added Amanda Johnson, the department’s director of women’s reproductive health.

“We could not contend with the safety environment after the Dobbs decision,” Elnahal said.

Democrats on the House Veterans Affairs Committee have also been soliciting feedback from veterans on abortion and reproductive health care at the VA, including by launching an online survey.

As of this week, the survey has received more than 450 responses, committee Chairman Mark Takano, D-Calif., said at the hearing. Of the responses, about 90% said the VA should provide abortion counseling, and 73% said it should “always” or “sometimes” provide abortion care, Takano added.

“Women veterans have worn the uniform of our country with pride, and that is why it is an insult to their service that they would be denied from making the most personal choices about their bodies and their lives,” Takano said. “Fortunately, President Biden and [VA Secretary Denis] McDonough are taking bold action to avert imminent and future harm to veterans by restoring certain reproductive health care freedoms that were eliminated in the wake of the Supreme Court’s recent decision.”

Related: VA Moves Ahead with Abortion Care as Lawsuits and Republican Opposition Loom