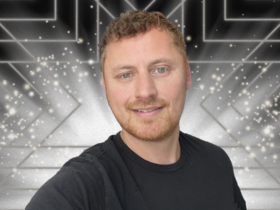 Tyler Bass kicked a 21-yard field goal on the game’s final play, and Josh Allen rallied the Buffalo Bills from a 17-point deficit to beat the Baltimore Ravens 23-20 on Sunday.

With the score tied at 20 in the final quarter, the Ravens (2-2) had second down from the Buffalo one-yard line. Two straight runs failed to reach the end zone, and Baltimore decided to go for it on fourth down from the two.

Lamar Jackson had to scramble a bit, then threw a pass into the end zone that was intercepted by Jordan Poyer for a touchback with 4:09 remaining — a disastrous result for the Ravens because it meant the Bills (3-1) weren’t pinned deep like they would have been following an incompletion.

From there, Allen calmly guided Buffalo into field goal range, capping his team’s comeback from a 20-3 deficit late in the second quarter. It was the second straight home game in which Baltimore let a sizeable lead slip away. Miami rallied from a 21-point fourth-quarter deficit to beat the Ravens 42-38 two weekends ago.

Allen threw for 213 yards with a touchdown and an interception, and Jackson passed for 144 yards with a touchdown and two interceptions. The matchup of star quarterbacks didn’t really live up to its potential on a rainy day near the Chesapeake Bay. Jackson and Allen did their usual damage with their legs but were largely limited to short completions.

Miles Sanders ran for 134 yards and two touchdowns, Jalen Hurts threw for 204 yards and ran for a score and the Eagles spoiled former coach Doug Pederson’s return to Philadelphia with a 29-21 win over the Jacksonville Jaguars.

Sanders led an Eagles (4-0) offense that rushed for 210 yards against one of the tightest run defenses in the league. Trevor Lawrence threw for 174 yards and two touchdowns to Jamal Agnew. Lawrence was strip-sacked on the final drive of the game that sealed the win for the Eagles. It was one of four lost fumbles for the second-year quarterback.

Kyler Murray threw for 207 yards and two touchdowns and added one rushing and the Arizona Cardinals overcame yet another lackluster first half to defeat the Carolina Panthers.

The Cardinals defense frustrated Baker Mayfield, forcing three turnovers by the 2018 No 1 overall pick – prompting boos from the home crowd in the fourth quarter. Mayfield struggled yet again for the Panthers (1-3).

Geno Smith threw for two touchdowns and ran for a score in the first half, and the Seattle Seahawks held off the Detroit Lions.

The Seahawks (2-2) were stopped on a third down late in the third quarter, but the Ford Field play clock wasn’t set properly. Seattle took advantage of the second chance and Detroit’s unorganized defense on Rashaad Penny’s 36-yard touchdown run on a third-and-16, opening a 38-23 lead.

TJ Hockenson had eight receptions and set career highs with 179 yards receiving and two touchdowns, the second of which helped the Lions (1-3) pull within three with 5:26 remaining. Smith picked apart Detroit on the ensuing drive, which ended with Penny’s 41-yard touchdown run on third-and-five. Penny finished with 151 yards rushing on 17 carries. Jared Goff’s fourth touchdown pass went to Justin Jackson with 1:06 left, cutting the deficit to three once again. The Lions’ comeback hopes ended when Seattle recovered the onside kick and Penny’s run converted a third-and-five in their territory.

Josh Jacobs ran for 144 yards and two touchdowns, Amik Robertson returned a fumble 68 yards for a score and the Las Vegas Raiders won their first game of the season.

After opening their first season under coach Josh McDaniels by losing three straight one-score games, the Raiders (1-3) managed to do enough on the ground with their biggest rushing game in six years and on defense to hold off Russell Wilson and the Broncos (2-2).

Justin Herbert threw for 340 yards and two touchdowns and Austin Ekeler scored three times as the Los Angeles Chargers built a big early lead and held on for the win over the Houston Texans.

Houston scored 17 straight points to get within three with about eight minutes left. The Chargers (2-2) then put together a 12-play, 84-yard drive, capped by Ekeler’s 14-yard reception, to put the game away and snap a two-game skid.

Cooper Rush won again filling in for Dak Prescott, throwing a touchdown pass to Michael Gallup in the receiver’s 2022 debut as the Dallas Cowboys beat the Washington Commanders. Rush also had a TD toss to CeeDee Lamb while improving to 4-0.

Derrick Henry rushed for a season-high 114 yards and one touchdown and Tennessee’s defense held up late Sunday to preserve the Titans’ victory.

Tennessee (2-2) have won a franchise-record four straight in the series and improved to 11-2 against AFC South opponents since 2020. Indy (1-2-1) have one win in their past six games and blew late three scoring chances that could have cut the deficit to less than seven.

Daniel Jones ran for two touchdowns before injuring an ankle, Saquon Barkley had 146 yards rushing and ran the wildcat offense at times after both New York quarterbacks were hurt in leading the Giants to a 20-12 victory over the Chicago Bears on Sunday.

Jones scored on runs of 21 and eight yards, New York rushed for 262 yards and Graham Gano kicked field goals of 44 and 43 yards as the Giants improved to 3-1 under rookie coach Brian Daboll. It’s their best start since 2011, when they won the Super Bowl.

Jones and backup Tyrod Taylor were injured a roughly 10-minute span in the second half. Jones (8 of 13 for 71 yards and 68 yards rushing) injured an ankle when he was sacked by Jaquan Brisker late the third quarter. Taylor went into the concussion protocol after scrambling for a first down with 8:35 to go.

Jones finished the series that Gano ended with a 44-yarder for a 17-12 lead and Barkley ran the direct-snap offense that Gano finished with his 43 yarder with 5:34 to go. Jones was on the field and lined up as a receiver on those plays and he took the snaps on some of the final series for handoffs.

Breece Hall ran for a two-yard touchdown with 16 seconds remaining and Zach Wilson and the New York Jets spoiled Kenny Pickett’s debut in Pittsburgh by rallying for a 24-20 victory over the Steelers.

The Jets (2-2) won in Pittsburgh for just the second time in franchise history after Wilson — making his season debut — led them down the field late after the second of Pickett’s three interceptions gave New York the ball back with 3:42 to go.

Wilson took the Jets 65 yards in 10 plays, the final two coming as Hall churned his way across the goal line. The play was initially ruled a fumble, but overturned on review.

Dee Alford intercepted Jacoby Brissett’s pass with less than a minute remaining and the Atlanta Falcons held on to beat the Cleveland Browns.

The Falcons (2-2) spoiled the Georgia homecoming of Cleveland’s Nick Chubb, who ran for 118 yards and a touchdown with his high school team watching.

Younghoe Koo’s 45-yard field goal, his third of the game, with 2:28 remaining gave the Falcons the lead. The Browns (2-2) moved past the 50 but on third and 23, Alford picked off Brissett’s pass intended for David Bell.