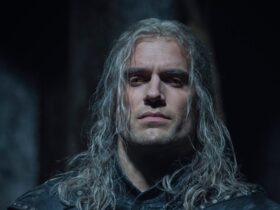 Henry Cavill Is Being Replaced in ‘The Witcher’ on Netflix

October is officially here, and it’s shaping up to be another busy month for Pokemon Go. The mobile game is continuing its Season of Light with a variety of events over the next few weeks, including a Litwick Community Day and the annual Halloween celebration. On top of that, a handful of spooky Pokemon will be appearing every Tuesday evening during the game’s weekly Spotlight Hour event.

Here’s everything you have to look forward to in Pokemon Go in October.

A handful of legendary and Mega Pokemon are returning to raids in October.

Following Yveltal’s departure on Oct. 8, the Pokemon X mascot Xerneas will return until Oct. 20, while Mega Manectric will make an encore appearance in Mega raids. After that, Mega Banette will make its Pokemon Go debut, while both forms of Giratina will return to five-star raids.

You can see October’s full raid schedule below:

Here’s the full Spotlight Hour schedule for this month:

Pokemon Go is kicking off October with a special Evolving Stars event from Oct. 5 to Oct. 11. As part of the event, Cosmog’s evolved form, Cosmoem, will be available for the first time in the game. You can obtain one by feeding Cosmog 25 candies. Game developer Niantic teases you’ll be able to get more Cosmog in the future, so don’t fret about evolving yours.

On top of that, the next leg of this season’s Special Research story will be available, and there will be a host of other in-game bonuses and features, including special Pokemon spawns and new Field Research tasks and Collection Challenges to complete.

Mega Gyarados is returning for a special Raid Day event on Oct. 8. The fearsome Pokemon will be appearing in Mega raid battles from 2 p.m. to 5 p.m. local time, giving you more chances to earn Gyarados Mega Energy. Additionally, you’ll have an increased chance of encountering a shiny Gyarados, and you’ll be able to earn up to five free raid passes by spinning the photo disc at gyms.

October’s Community Day is set for Saturday, Oct. 15. The fire/ghost Pokemon Litwick is the star this month, and it’ll be appearing in the wild much more frequently than usual from 2 to 5 p.m. local time. A few in-game bonuses will be active during the event as well, and any Litwick you evolve into its final form, Chandelure, before 10 p.m. local time will learn the special Charged Attack Poltergeist.

Pokemon Go’s annual Halloween celebration returns starting Oct. 20. Few details have been announced thus far, but as in previous years, the event will feature a variety of ghost-type Pokemon.

Pokemon Go has a few other activities lined up for October, including a Festival of Lights celebration (Oct. 14 to Oct. 17) and a Safari Zone: Taipei event (Oct. 21 to Oct. 23). Additional details about these events will be announced later.