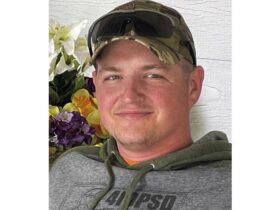 US Army Veteran Dies While Fighting as Volunteer in Ukraine

It all came down to the last kick. After Saracens had forced themselves level with Gloucester – having trailed by 12 points with 10 minutes remaining – the fly-half Owen Farrell stood over a potentially match-winning conversion out on the left wing. The ground fell silent, Farrell steadied himself, took a few deep breaths, and struck the ball unerringly through the posts. The crowd went wild.

For much of an entertaining, end-to-end second half Gloucester had looked set for a thrilling comeback win and their second bonus-point triumph of the season but the replacement Saracens hooker, Tom Woolstencroft, came off the bench to score two tries and give Farrell the opportunity to win it for last season’s Premiership runners-up.

Saracens had cut through Gloucester’s defence with ominous ease after just three minutes, Max Malins crossing for the first try after the ball was sent to the left wing.

George Skivington’s men gathered themselves after that worrying start and established themselves in Saracens’ half, but were driven back by some punishing tackling. Mako Vunipola’s crunching hit on Ollie Thorley left the wing needing treatment and Harry Elrington went off injured after being double-teamed by the workaholic Saracens defence.

Ben Earl added another well-worked try after Val Rapava-Ruskin had celebrated his 100th Premiership appearance for Gloucester by coming on to score their first five-pointer. The Gloucester No 8, Albert Tuisue, capped an excellent first half display by flopping down to score from a big driving maul just before the break meaning there were just three points in at half-time.

It looked beautifully poised but Gloucester, with a remarkable display of power, appeared ready to overwhelm Sarries in the second half. When Chris Harris, Adam Hastings and Rapava-Ruskin added further tries to establish a commanding lead there was a sense of disbelief descending over the stadium.

A Hastings penalty with 10 minutes remaining stretched Gloucester’s lead to 12 points and it seemed it would take quite a capitulation for them to be denied. So it was to prove, as Saracens laid siege to the try-line in the closing stages. Woolstencroft applied a smart finish to a muscular Saracens attack and when Farrell converted there were five points in it.

Daly’s dart into space had the home fans roaring and led to a penalty that Saracens kicked for the corner. Woolstencroft was shoved over for his second try, and it was left to Farrell to prove his spirit and skill with the winning kick. Never doubt Saracens.