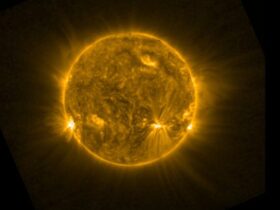 See a ‘Snake’ Slithering Across the Sun’s Surface

Hull City have parted company with manager Shota Arveladze hours before their Championship clash with Luton. The Tigers have lost their last four matches, conceding 11 goals and scoring just one, and sit 20th in the table.

Georgian Arveladze, a former player with Ajax and Rangers, guided Hull to safety last season but has paid the price for their poor start to this campaign, with assistant head coach Peter van der Veen also leaving the club.

“During the international break, we had a number of meetings with Shota to discuss the direction of the team and the future of the club,” said Ilicali. “As these meetings went on, it became clear our views weren’t aligned so we have made the decision to part ways. Shota and Peter leave with our thanks, greatest respect and fond wishes for the future.”

First-team coach Andy Dawson will take on the role of interim head coach. “Our focus is now supporting Andy and the squad and finding the best possible candidate to drive this club forward,” added Ilicali.