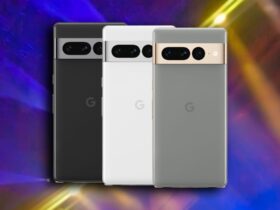 According to United Nations reports, women’s participation rates in the labor market within the age group of 25–54 years continued to rise in the 1990s to between 60 and 85 percent. But it is not the same for Iraqi women, as women’s entry into the labor market is a challenge in Iraq.

Generally, starting from the point of increasing the participation of women in the labor force would improve the productive capacity of the country and support growth, and from the point of economy in particular, which could help give women the ability to express their opinion in society and lead the family to increase investment in education, health and other sectors.

The latest report conducted by the International Labor Organization, in cooperation with the Ministry of Planning, the Central Statistical Organization for the year 2021, revealed important figures that show the reality of Iraqi women’s participation in the labor force. It revealed that “there are 13 million women within the working age, of whom only one million are engaged in work.”

Iraqi women’s participation in the labor force in numbers

The integration of women and their full participation in society is an essential part of the sustainable development of nations and reflected in the economic growth of those nations. The population that aged 15 years and over, (the population of working age) formed (6.63% of the total population of Iraq, males constitute 50.3% and females 49.7%, as Iraqi women represent half of the country’s population. However, this percentage is not reflected in the participation of the labor force, nor in equality to reach Resources and opportunities.

The labor force participation rate for women was 10.6%, compared to 68% for males. These rates are among the lowest rates of female labor participation in the world.

This significant decrease in the percentage of women’s participation in the labor force is due to several reasons, including the state of instability, crises, public financial constraints and conflicts in the world, which led to a decline in the number of jobs.

According to the results of the Ministry of Planning / Central Statistical Organization, women tend to be more concentrated in the field of services, 73%, and agriculture, 14%, compared to 62% and 7%, respectively, for men.

The results also showed the jobs that are dominated by men, which are:

While the professions dominated by women are:

Steps to expand the scope of women’s work

The Global Gender Gap Report of the World Economic Forum indicated that Iraq ranked 154 out of 156 countries in the Global Gender Gap Index for the year 2021. If these numbers indicate anything, they indicate the seriousness and importance of the issue at the same time, unless real and decisive steps are taken to support women in various sectors and eliminate the differences in the division of many governmental and private agencies of their departments into sections for men and others for women. The institutions must work to reduce this gap by developing female talents in the industries of the future, in addition to the government’s role in legislating early marriage and childbearing laws, as is the case in the Kingdom of Saudi Arabia, which has placed women among the priorities of the development programs that the state is working on to witness a broad involvement of women. In the labor market, in both its private and public sectors, and in all aspects of life.

Removing these disparities and working to reduce or eliminate them would help reduce the unemployment rate, raise the level of women’s participation, enhance competition among jobseekers, revitalize the efforts of many vital sectors and increase their productivity, which can be reflected in return on the country’s national GDP.

Women have an important and active role in society, as they represent half of it, regardless of their innate importance and the obstacles that have grown without empowering them in the various aspects of life. Many women have shown what Iraqi women can be successful.

What Iraqi women need today is not limited to increasing available job opportunities, but we must also realize the many complexities and challenges that women face in the labor market.

And as the data has highlighted, we need to facilitate women’s participation in the workforce by addressing social norms, establishing sound policies, and real commitment to implement these frameworks across the country’s sectors.

Today, we live in a rapidly evolving digital world where the digital economy can provide an opportunity for women’s participation in decision-making and involvement in the workforce, creating new job opportunities that women can easily adapt to. Furthermore, the Iraqi society is one of the youngest societies in which the percentage of young people at the age of 18 years and over who are within the legal age for work is high, as the government must take firm and real steps towards strengthening the presence of women in the labor market in the future, since Iraq today is witnessing important economic growth that entails the involvement of all groups of society, including women, who represent half of the population capacity of the country, equivalent to half of the productive force, within this growth to achieve greater inclusiveness of Iraqi women in the labor market.

This work has been done by the support of MiCT organisation and Germany cooperation GIZ Iraq.