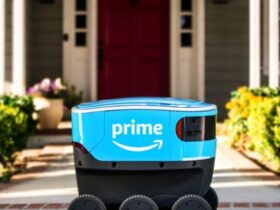 Newcastle have capped a remarkable NRLW turnaround, going from wooden spooners to champions in less than a year by claiming their first title with a 32-12 win over Parramatta.

The Knights finished stone-cold last without a win in their maiden campaign but were far too strong for Dean Widders’ Eels side on Sunday. Newcastle full-back Tamika Upton claimed the Karyn Murphy medal for a player-of-the-match performance in which she scored a try and set up another.

In front of a record NRLW grand final crowd of 42,921 at Sydney’s Accor Stadium, Parramatta were gallant in defeat and troubled the Knights at times, at one point threatening to chase down a 12-point lead.

Despite lacking the attacking threat of injured centre Tiana Penitani, out with a quad injury, the Eels began in promising fashion.

Parramatta had snuck into the finals with just one regular-season win and threatened to cause an upset when they crossed first.

After dominating field position for the opening period, the Eels cracked Newcastle’s line when hooker Brooke Anderson scooted out of dummy-half and past Knights prop Millie Boyle to score.

Given they had been deprived of territory the Knights soon made up for lost time. Ron Griffiths’s side put on three tries in the space of 10 minutes after Anderson’s effort to take a 14-6 lead in at half-time.

Kiana Takairangi got Newcastle on the board first with Emmanita Paki and Romy Teitzel following her over the line.

Unfortunately for the Knights, Kirra Dibb could only convert one and the five-eighth also failed to add the extras after Upton crossed following the half-time break.

Parramatta were kept in the game by Dibb’s inaccuracy and three try-saving efforts from winger Abbi Church, and when they eventually found some ascendancy they were able to capitalise.

Simaima Taufa, deputising for Penitani as skipper, took a quick tap off a penalty near the Knights’ line and barged her way over.

They looked to have squared the game up when fullback Gayle Broughton touched down with less than quarter of an hour to go, but the Eels No 1 was deemed to have pushed Knights back-rower Yasmin Clydsdale

From there the Eels’ spirit was broken and the Knights ran in three tries in the last 17 minutes with a second for Takairangi added to by Jesse Southwell and Clydsdale.