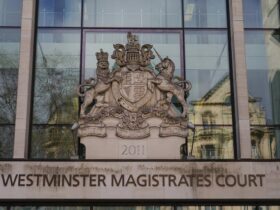 Netflix‘s second annual Tudum global fan event is here, and it will be packed with appearances from Chris Hemsworth, Kerry Washington, Kid Cudi, Bridgerton cast members and other stars. Saturday’s livestream will deliver the latest news about the streaming service’s shows, films and games.

A marquee celebration for Netflix, the virtual Tudum event will air in 29 languages, from regions such as the US, India, Korea, Europe and Latin America. Fans can expect announcements for TV series like The Witcher, Stranger Things, Squid Game, Outer Banks, The Umbrella Academy, Elite and Money Heist spinoff Berlin. Movies in the lineup include Extraction 2, Glass Onion: A Knives Out Mystery, The School for Good and Evil and Enola Holmes 2. Netflix gamers can tune in for news about Stranger Things: Puzzle Tales, Compass Point: West, Kentucky Route Zero and more.

What time does Tudum start and where can you watch?

Tudum will air five different events on YouTube throughout the day, with a live launch from Korea at 11 a.m. KST. Viewers in the US can begin watching at 10 a.m. PT (1 p.m. ET, 6 p.m. BST) on Saturday, Sept. 24. Stream it directly on Netflix’s Tudum channel on YouTube.

Here’s a look at the full schedule from Netflix:

According to Netflix, fans will get a look at more than 120 shows, games and movies, and “never-before-seen footage, trailers, and first looks, as well as interviews with Netflix’s biggest stars and creators.”