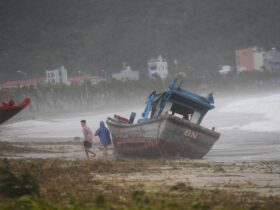 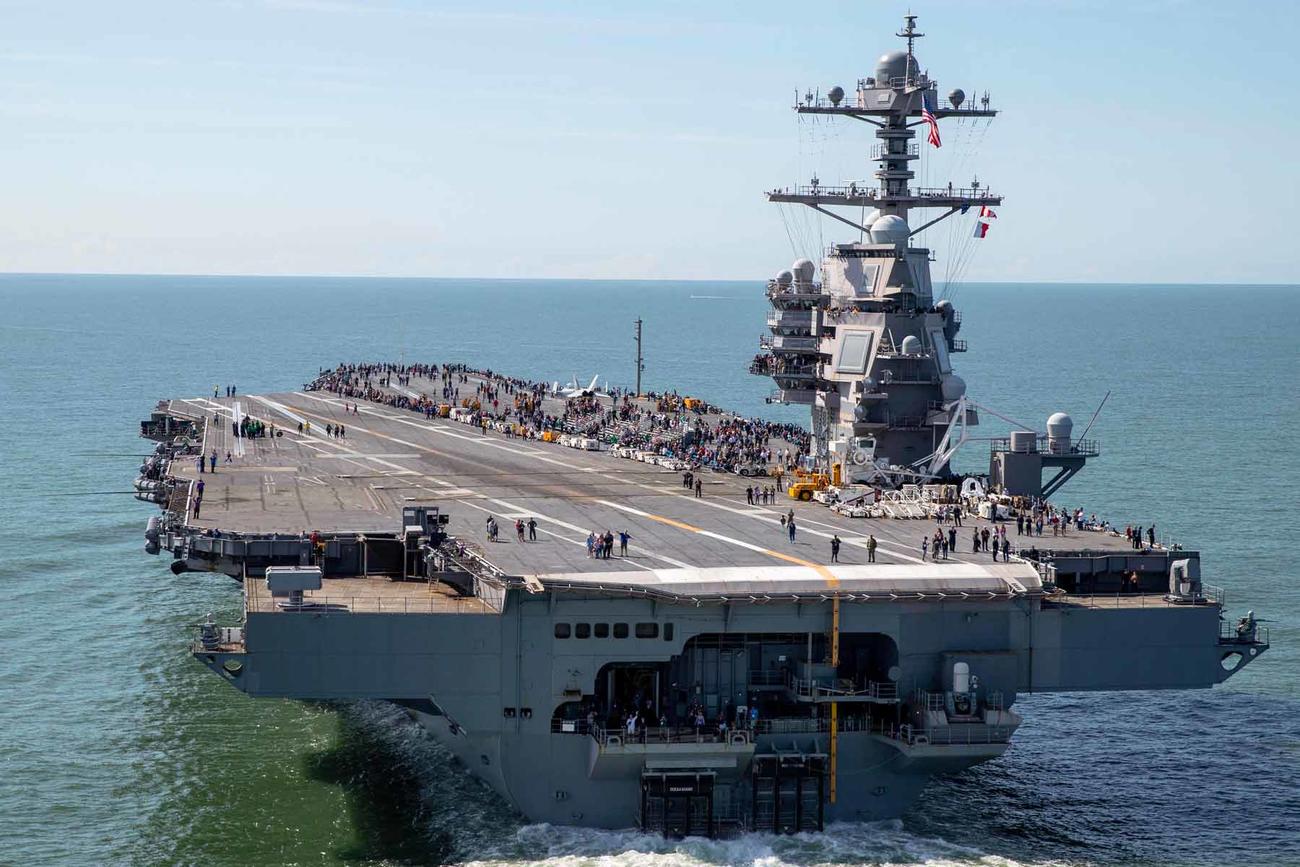 The Navy is excitedly announcing that its newest aircraft carrier — the USS Gerald Ford — is about to go on its first deployment. The deployment will be truncated, although officials say it’s not because of technical problems that have caused years of delays getting the ship operational.

“Next week, the Navy’s first-in-class and most advanced aircraft carrier … will embark on a short deployment alongside a coalition of allies and partner forces in the Atlantic,” Vice Adm. Daniel Dwyer told the media on Monday during a conference call.

“This will be a service-retained deployment,” Dywer added, employing a rarely used term reflective of the unusual nature of the short excursion for the ship.

Read Next: New Uniforms Coming for Sailors As Navy Looks to Leave Flammable Clothing Issue Behind

Essentially, the term means that the carrier is going to sea because the Navy’s top admiral — Chief of Naval Operations Adm. Mike Gilday — has ordered it, as opposed to more traditional deployments that are done at the behest of a broader, jointly run combatant command like European Command.

“As the commander of U.S. Second Fleet, I will retain command and control of the Ford strike group across the Atlantic throughout this deployment,” said Dwyer, a three-star admiral. Combatant commands are run by four-star generals or admirals.

The distinction is subtle, but it essentially boils down to the fact that the ship will not be leaving the Atlantic Ocean and sailing the more contested waters of the Mediterranean or the Indo-Pacific.

The ship’s commander, Capt. Paul Lanzilotta, similarly told the media Thursday that “we’re going to use the entire Atlantic as our playpen” while noting that the Navy plans for the ship to do a foreign port call.

Most Navy ships deploy for anywhere from six to eight months. However, the Ford is going out for less time than that. Dwyer noted that the deployment will be “short” in his remarks to the press.

How short is unclear. The Navy repeatedly refused to answer questions from reporters about the duration of the deployment citing operational security. One sailor made available by the Navy did note, however, that this would be his first time going out on ship for “anything over two-three weeks.”

Why the Navy is choosing to go with an abbreviated and close-to-home deployment for its newest carrier is a slight mystery, especially since Lanzilotta made clear that all of the new technology aboard the carrier — some of which was mired in delays and issues — is now fully operational.

“We’re not in test mode, we are in operating mode and all systems are go,” Lanzilotta said.

The ship will have most of its full complement of planes aboard, and it recently took on more than 100,000 tons of ordnance over three days. Lanzilotta said that in addition to various maritime operations, the ship plans to practice “doing pretty much every mission … in the portfolio for naval aviation.”

According to Dwyer, the decision is typical for the Navy.

“We are following a similar model that we had used with previous first-in-class aircraft carriers,” he said, specifically noting “the first deployment of the USS Enterprise and the USS Nimitz.”

Despite the shorter length and curtailed operating area, the Navy is billing the deployment as an opportunity to work with allies and NATO at a critical time in the Atlantic. Dwyer explained that in addition to the ships of the strike group, the Ford will be sailing “alongside six ships from our allies and partner nations.”

Lanzilotta noted that the Ford is “bringing the entire carrier strike group with us.”

“That adds a level of complexity, particularly in the logistics realm, which we’re looking to make sure we’re good at,” he explained.

The cruise also serves as an opportunity for the Navy’s Second Fleet, created as a bulwark against the Russians and a way to better work with NATO, to showcase more of its abilities at a time when Russia’s presence in the Atlantic has grown.

“As we demonstrated earlier this year when we surged four destroyers in the North Atlantic, Second Fleet can offer flexibility to the geographic combatant commander and reaffirm our commitment to our fellow NATO allies,” Dwyer noted.

“The Atlantic … is an area of strategic importance, not only for the U.S. and our allies … but also for the homeland defense of North America,” Dwyer explained.

The Ford’s first traditional deployment is scheduled for next year. It was originally planned for 2018, but it was later pushed to fall 2022.