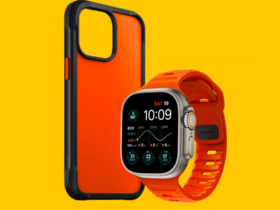 Northern Ireland manager, Ian Baraclough, admitted he breathed a huge sigh of relief after Josh Magennis headed in a stoppage-time winner against Kosovo to end their long winless run in the Nations League at Windsor Park.

Ten minutes after the substitute Gavin Whyte had given Northern Ireland hope with the equaliser, the Cardiff winger sent in the cross for Magennis to power home a much-needed winner.

“I enjoyed celebrating the goals,” Baraclough said. “I applauded the fans after the game and then went into my office and just sat down and took a big sigh, a big breath.”

An afternoon that began with Conor McMenamin becoming the second player in as many days to be sent home from the squad, due to a video circulating online, threatened to get much worse after Vedat Muriqi’s 58th-minute strike had fans once again calling for the manager’s head.

But instead Northern Ireland claimed three points in this competition for the first time in 15 attempts, moving clear of the immediate threat of relegation to the bottom tier. In the other match in Group C2 Cyprus shocked leaders Greece 1-0 in Larnaca thanks to a first-half goal from Marinos Tzionis.

In Group A2 Manchester City’s Manuel Akanji and Breel Embolo scored Switzerland’s goals as they beat Spain, for whom Jordi Alba equalised on 55 minutes, 2-1 in Zaragoza. In Prague Manchester United and Liverpool players provided all of Portugal’s goals in their 4-0 thrashing of Czech Republic. Bruno Fernandes’s goal was bookended by two from Diogo Dalot’s, and Diogo Jota completed the scoring from a Cristiano Ronaldo assist on 82 minutes. Portugal lead the group on 10 points, with Spain two points behind them ahead of their decisive meeting in Braga on Tuesday.

In Scotland’s group Ukraine ran riot in Yerevan, beating Armenia 5-0, with Artem Dovbyk getting a second-half double. The result means Scotland need to avoid defeat to Ukraine in Kraków on Tuesday to win Group B1.

A hat-trick from Aleksandar Mitrovic set Serbia on course for an easy 4-1 win over Sweden in Group B4 to set up a winner-takes-all clash in their final game against Norway in Oslo on Tuesday. Sweden took the lead against the run of play through Viktor Claesson in the 15th minute but they had no answer to the physicality of Serbia’s record goalscorer Mitrovic, who headed his side level three minutes later. The 28-year-old put them ahead just before the break when he headed home from a corner and he completed his hat-trick three minutes after half-time with a simple finish from Dusan Vlahovic’s incisive pass. Sasa Lukic netted the fourth goal.

Norway went down 2-1 at home to Slovenia despite taking the lead through Erling Haaland. Norway are tied with Serbia on ten points but remain top of the group thanks to their 1-0 win in Belgrade earlier in the campaign.