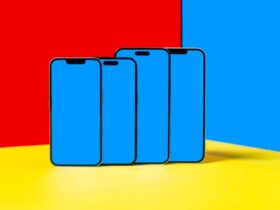 Apple Reportedly Fined $19M for Not Including Chargers With iPhones

Nations League holders France lost 2-0 to Denmark in their final Group A game but salvaged their place in the top tier at the end of a dismal campaign on Sunday.

Didier Deschamps’ side, who will face Denmark in the World Cup in November, finished third in the Nations League standings with five points from six games after Kasper Dolberg and Andreas Skov Olsen scored first-half goals for the hosts. Austria were relegated to League B after a 3-1 defeat at home to Croatia left them bottom of the group on four points.

Croatia qualified for the final four with 13 points, one ahead of Denmark, who burst into life against France after being dominated in the first 20 minutes. World champions France, who had several first-choice players out injured including Paul Pogba, Karim Benzema and Hugo Lloris, were a far cry from their best and Deschamps will be crossing fingers that all have recovered for the tournament in Qatar.

“We had a lot of chances, but we were not aggressive enough and made several technical mistakes,” Deschamps said. “We had a young team and they don’t have the experience of a high level. Tonight was a reality check. I’m not worried for the World Cup because we’ll get most of our injured players back in time. We don’t however think we’re stronger than the others and we know it’s going to be a big fight.”

Croatia, who needed victory to assure top spot, went ahead through Luka Modric but were pegged back three minutes later. The points were sealed when Marko Livaja headed home at the back post after a cross from Ivan Perisic, before Dejan Lovren was left free by the home defenders to score with a header from Lovro Majer’s cross.

Captain Virgil van Dijk netted a second-half winner as the Netherlands beat Belgium 1-0 on Sunday to ensure top spot in their Nations League group and a place in next year’s finals tournament. Van Dijk powered home a header from a corner in the 73rd minute at the Amsterdam Arena to ensure the Dutch finished runaway winners in League A Group Four.

They finished with 16 points, six more than Belgium who had a chance to leapfrog their neighbours, and take first place, but needed to win by three goals or more on Sunday to do so.

In Group C1, the Faroe Islands stunned Turkey with a 2-1 home win, although Turkey will still be promoted to League B as group winners, with the Faroes in third place.