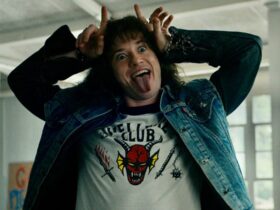 More than 120 football fans have reportedly died after chaos and violence erupted following an Indonesian league football match. Supporters of the Javanese clubs Arema and Persebaya Surabaya clashed after Arema were defeated 3-2 at the match in Malang Regency, East Java.

The head of the Malang Regency health office, Wiyanto Wijoyo, said more than 120 people had died. Officials were still collating the numbers of injured victims, he added.

“More than 120 people died, they died of chaos, overcrowding, trampling and suffocation,” Wiyanto confirmed, adding that the total injured were definitely more than a hundred and were referred to different local hospitals.

Fighting reportedly started when thousands of Arema fans rushed into the field after their team lost. Persebaya players immediately left the field, but several Arema players who were still on the field were also attacked.

Reports said many of the casualties occurred after police fired tear gas into crowded stands, causing panic among supporters at the Kanjuruhan Stadium.

The Indonesian league has been suspended for a week as a result of the deadly incident. League officials have claimed the violence caused several deaths, but the number of victims who lost their lives could not be ascertained.

“We are concerned and deeply regret this incident,” said Akhmad Hadian Lukita, the president director of PT Liga Indonesia Baru. “We share our condolences and hopefully this will be a valuable lesson for all of us.”

The Indonesian football association (PSSI) will launch an investigation into what happened after the game. Neither the FA nor the league officially confirmed the number of casualties.

“We announced the decision [to suspend the league] after we received a direction from the chairman of PSSI,” Akhmad Hadian added. “We are doing this to respect everything and while waiting for the investigation process from PSSI.”