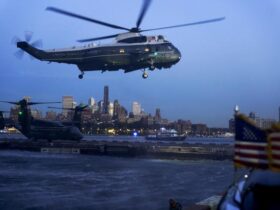 At the top of the pile is Untold, a series of immaculate features about the strangest, most incredible stories in sport over the past few decades. But there’s more where that came from. The Last Dance is on Netflix. The Oscar-winning Icarus is on Netflix. There’s Athlete A, The River Runner, Bad Sport — the list is endless.

But there’s one documentary I rarely hear people wax lyrical about. And they should, because it’s incredible.

Coming in at an accessible 40 minutes, The Speed Cubers is a short, barely feature-length documentary about speed cubing, the act of solving different types of Rubik’s Cubes as quickly as possible.

Speed cubing is mind boggling. Most people would struggle to figure out a 3x3x3 Rubik’s Cube in hours if challenged, but the best can solve them in seconds. The Speed Cubers explores this subculture, focusing on the stories of two of the world’s fastest, the legendary Feliks Zemdegs and the new king of speed cubing, Max Park.

In some ways, Zemdegs is the Roger Federer of Rubik’s Cubes. Despite the fact every speed cubing record he once held has now been broken, he’s widely considered the greatest of all time, having established up to 121 world records and winning the speed cubing world championship twice, in 2013 and 2015.

Zemdegs is the hero of Parks, who now, in 2022, has broken almost every record Zemdegs once held. Now 20 years old, Park was diagnosed with moderate to severe autism at the age of two. After his mother gave him a Rubik’s Cube to help develop his motor skills, Parks quickly became obsessed with solving all different kinds of cubes. Through his participation in speed cubing competitions, Max not only found his passion, he found a way to socially develop and make great friends in the process.

What could have easily been a bog-standard story about a once-legendary figure passing the torch ultimately evolves into something far more profound. Not only are Felix and Max friends, but Felix is something of a role model for Park — not just in the developing art of speed cubing, but in how to handle himself socially.

Zemdegs’ delicate interactions with Park and his family are at the core of this documentary, and they’re beautiful to watch. Especially as Zemdegs wrestles with the challenges of no longer being at the apex of the hobby he dedicated his life to perfecting.

It’s heartwarming stuff. Despite its short runtime, The Speed Cubers serves as a fantastic portrait of two very different individuals both relentlessly committed to the same pursuit. Beyond that, it’s also a story about the true value of sport, and the connection between those competing against one another. Only one of these two incredible human beings can be the best speed cuber on the planet, but in the grand scheme of things, does it matter who? The Speed Cubers is a story about one of the most fascinating subcultures on planet Earth, but it’s also a story about what it means to be a good person. And a good friend.