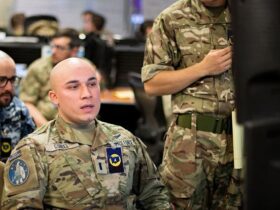 What was strange about Sunday’s Manchester derby was how routine it felt. When Hungary beat England 6-3 at Wembley in 1953 it was a scoreline heard around the world, the death knell for any lingering sense of English footballing pre-eminence and confirmation of the excellence of Gusztav Sebes’s side. It opened the most complacent eyes to football’s new era and, even in those free-scoring days, it was a result unusual enough that to speak of “the 6-3” was to conjure images of Nandor Hidegkuti shredding English pretension amid the Wembley fog.

Sunday’s 6-3 was, well, what exactly? Like the game in 1953, it didn’t seem anything like a full expression of the gulf between the sides: the team who got three should have felt simultaneously chastened at the magnitude of the defeat and very fortunate to have got away with only a three-goal margin. To read the reports from 53, to hear the accounts of those who played in it or were there, is to glimpse what it felt like to witness a paradigm shift, the dawning awareness, slow and then sudden, that nothing is the same any more, that everything you thought you knew has to be reassessed, recalibrated. Sunday had none of that.

Even at 4-0 before half-time, when it genuinely seemed that City might go on and hit double figures – the names of Adcock, Stewart and White, scorers of hat-tricks in City’s 10-1 win over Huddersfield in 1987, seemed for a time to whisper around the Etihad – what was striking was less how devastating City were, or how shambolic United than how routine this all felt. City are this much better than United; why should they not eviscerate them in this way?

This is modern football, when big scores are commonplace. This is City, who now average five goals per home league game. This is United, who have conceded four or more in five of their past 10 league away games. This is Erling Haaland, who is averaging 1.75 goals per league game since arriving at City, which is 16.67% more than were scored per game at the 2002 Africa Cup of Nations. At home he averages 2.25, which is more than each of the last five Cups of Nations, and Italia 90 and Euro 2016.

There may have been as many City hat-tricks completed in nine second-half minutes as in the entire prior history of the fixture but Erik ten Hag, it’s safe to assume, did not drive home and bury his head under the pillow for hours as Alex Ferguson had after losing the derby 5-1 in 1989. Nor was there the same sense of shock as after City had won 6-1 at Old Trafford in 2011 – a game that signalled the shifting of the balance of power in Manchester, even if United played most of the second half with 10 men and it took three very late goals to add emphasis. This is just the way of things now; 6-3 isn’t even that unusual a score any more: it’s the third time City have won by the scoreline at the Etihad since the start of last season.

On the one hand it’s thrilling. Pep Guardiola is a brilliant coach, he leads brilliant players and they play brilliant football. The third, fourth and fifth City goals were, in their own ways, gently stunning. No objective lover of the game could not feel at least a little uplifted by the levels at which it is now being executed.

And yet, and yet … it’s impossible not to reflect on what the game has become. Given United have spent more than City in putting these squads together, this is perhaps a strange time to speak of competitive balance. You can have an overseas owner who, whatever their motives in buying the club, entrusts its running to people who know what they’re doing, who appoint a great manager and create the conditions to generate mesmerising football. And you can have overseas owners who cluelessly flip from grand scheme to grand scheme, ever prone to distraction by a shiny past reputation, to create the sort of mess from which Ten Hag is trying to extricate United.

But there is something deeper here, that reaches far beyond the Etihad or Manchester or even the Premier League. This is a world in which one club dominates in Germany (and it has taken what is widely regarded as an almighty crisis for Bayern to be two points off the top of the Bundesliga), one dominates in France, two dominate in Spain (and one of them is flirting with financial disaster) and one dominated in Italy before making an unprecedented string of terrible recruitment decisions. It is a world of grotesque inequality.

City have won four of the past five titles. They have scored 20 times in four home league games this season. The question English football has to ask itself is: are they doing this because of the unique gifts of this particular manager and this particular set of players (and perhaps the ineptitude or questionable priorities of certain other owners who might financially compete)? Is this a golden age, like Arsenal in the 30s, Liverpool in the 80s or United in the 90s, that will be celebrated as such by decades to come?

Or is there something more insidious at work, a financial determinism that, by relegating football itself behind foreign-policy objectives and profit, erodes the game?

A world in which 6-3 wins feel unexceptional is not a comfortable one.