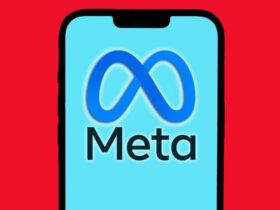 Iranian officials have claimed she died after suffering a “heart attack” and falling into a coma, but her family have said she had no pre-existing heart condition, according to Emtedad news, an Iranian pro-reform media outlet. Public skepticism over the officials’ account of her death has sparked an outpouring of anger that has spilled into deadly protests.

“They’re lying. They’re telling lies. Everything is a lie … no matter how much I begged, they wouldn’t let me see my daughter,” Amjad Amini told BBC Persia on Wednesday.

When he viewed his daughter’s body leading up to her funeral it was entirely wrapped except for her feet and face — though he noticed bruising on her feet. “I have no idea what they did to her,” he said.

CNN could not independently verify his account with hospital officials.

CCTV footage released by Iran’s state media showed Mahsa Amini collapsing at a “re-education” center where she was taken by the morality police to receive “guidance” on her attire.

Her death has sparked an outpouring of anger that has snowballed to include issues ranging from freedoms in the Islamic Republic to the crippling economic impacts of sanctions.

Protests and deadly clashes with police have broken out in towns and cities across Iran, despite authorities’ attempts to curb the spread of demonstrations through internet blackouts.

Mobile networks have been largely shut down and access to Instagram and Whatsapp have been restricted, internet watchdog Netblocks said on Wednesday evening. A second “nation-scale” loss of connectivity in Iran was reported by Netblocks on Thursday.

There was a near-total disruption to internet access in parts of Iran’s western Kurdistan province from Monday evening, and regional blackouts in other parts of the country including Sanandaj and Tehran.

This comes after Iran’s Minister of Communications warned that there could be internet disruptions “for security purposes and discussions related to recent events,” according to the country’s semi-official ISNA news agency.

The last time Iran saw such a severe blackout was when authorities tried to contain mass protests in late 2019, after fuel prices increased by as much as 300%.

At the time, Iran was taken almost entirely offline — which Oracle’s Internet Intelligence called the “largest internet shutdown ever observed in Iran.”

This week, several Iranian state government websites — including the official sites of the President and of Iran’s Central Bank — were also offline, with the hacker collective Anonymous claiming responsibility.

“(Greetings) Citizens of Iran. This is a message from Anonymous to all Iran. We are here and we are with you,” a social media account affiliated with the group tweeted on Tuesday.

The hacker collective also took responsibility for temporarily taking down the website of Iran’s government-aligned Fars news agency early Wednesday morning, according to a tweet from Anonymous. The website has since come back online.

At least eight people, including a teenager, have been killed in recent days due to clashes at the protests, according to the human rights group Amnesty International.

At least four of those eight “died from injuries sustained from security forces firing metal pellets at close range,” said Amnesty in a report published Wednesday.

Riot police were mobilized to disperse protesters Wednesday night in the capital Tehran, and were seen arresting several people, according to eyewitnesses who did not want to be named for safety reasons.

The riot police deployed tear gas, with a “heavy-handed crackdown” near Tehran University, said an eyewitness.

Another eyewitness in the city’s eastern district said protesters were heard shouting “Death to the dictator,” a reference to Iran’s Supreme Leader, and “I kill anyone who killed my sister,” referring to Amini.

Videos from protests nationwide show people destroying posters of the Supreme Leader, and women burning their hijabs and cutting off their hair in a symbolic show of defiance.

CNN has reached out to the police and Iranian Revolutionary Guard (IRGC), which joined riot police on Wednesday night in Tehran, for comment.

The IRGC issued a warning to protesters in a statement Thursday, and called on the judiciary to identify people responsible for spreading “rumors” on social media.

The IRGC accused protesters of “rioting” and “vandalism,” and called on the police to “protect the security of the nation.”

A propaganda-style video titled “When the Basij Enters,” published by Fars on Thursday, allegedly showed Basij members on motorcycles clearing barricades and detaining men on the street. The video does not specify a location or a date.

International activists and leaders have also expressed concern about the protests and alleged police violence.

Sweden’s Foreign Minister said on Wednesday that Sweden stands with Iranians mourning Amini, and demanded that authorities respect their right to peaceful protest. Germany also called on Iranian authorities to “allow peaceful demonstrations and, above all, not to use any further violence” during a news conference on Wednesday.

British Foreign Office Minister Tariq Ahmad said the United Kingdom was “extremely concerned at reports of serious mistreatment of Ms Amini, and many others, by the security forces.”

“The use of violence in response to the expression of fundamental rights, by women or any other members of Iranian society, is wholly unjustifiable,” his statement said.