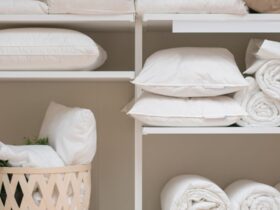 “He called me and said only one sentence: ‘I was caught’ … I immediately understood what my dear brother meant and went to the morality police department (to look for him),” the 22-year-old, who asked to use a pseudonym for safety reasons, told CNN.

Farnaz said her older brother, an accountant, had joined demonstrations in Iran’s southeastern city of Kerman on Monday against what he calls the “oppressive government of Ayatollah Ali Khamenei and President Ebrahim Raisi” when “officers in plain clothes” infiltrated the crowd and “forced people into morality police vans.”

Amini’s suspicious death has become a symbol of the violent oppression women have faced in Iran for decades — and protesters say that, once again, the regime has blood on its hands.

Since last week, semi-official news agencies are reporting at least 17 people have died in violent clashes between protestors and security forces. CNN cannot independently verify the death toll. In addition to protesters, two members of Iran’s paramilitary group have also been killed.

In the frantic hours that followed her brother’s disappearance, Farnaz and her parents traveled to the Kerman branch of the morality police to demand answers.

Instead, they say they encountered a sea of other families also searching for loved ones — many of whom said they were threatened by police.

It’s been over four days since Farnaz has seen her brother, and she’s worried he’s never coming home.

“My brother is being held captive by these cruel people and we can’t even find out about his condition,” she said.

CNN has verified video that shows armed police clashing with protesters on Monday in Kerman’s Azadi square — where Farnaz says her brother was taken.

On Thursday, the US sanctioned several morality police and security officials it believes are responsible for Amini’s death.

Amini’s family last saw her alive on September 13, when she was being “punched in the head” by Tehran’s morality police in the back of a car before being driven away, her cousin Diako Aili, told CNN.

CCTV footage released by Iran’s state media showed Amini collapsing at a “re-education” center later that day in Tehran, where she had been taken by morality police officers to receive “guidance” over how she was dressed.

Two hours later she was transferred to Kasra hospital in Tehran.

According to Aili, doctors at Kasra hospital where Amini was treated told her immediate family she’d been admitted with “brain damage on arrival” because “the injuries to her head were so severe.”

Aili lives in Norway and hadn’t spoken to Amini since July but is in frequent contact with her parents. He said none of his relatives had been allowed into the hospital room to view her body.

“She died in a coma three days after that … a young 22-year-old woman with no heart disease or anything… she was a happy girl living in a not so good country, with dreams that I’ll never know about,” Aili said.

CNN could not independently verify Aili’s account with hospital officials.

Iranian authorities maintain Amini died of a heart attack and have denied any wrongdoing.

Last weekend, the government said an autopsy had been completed, but was still being reviewed.

An official investigation into the circumstances surrounding her death is “ongoing,” but it’s done little to quell the unrest on the streets — as scenes of protests, striking in their geographical spread, ferocity and symbolism, flood social media, in what appears to be the largest display of public anger in Iran since demonstrations over soaring food and fuel prices in 2019.

For Shima Babaei, who fled Iran in 2020 after serving time in Tehran’s infamous Evin prison for not wearing a headscarf, Amini’s death is particularly unnerving.

“Her death reminds me of the savagery of the police, not only against me, but thousands of Iranian women who have had these experiences. At the very same building in the morality police headquarters they treated me as a criminal, put me in handcuffs and disgraced me,” the women’s rights activist, who now lives in Belgium, told CNN.

Babaei — who has a large social media presence in Iran — knows what it’s like to become an accidental symbol for protest. Her name became synonymous with the “Girls of Revolution Street” anti-hijab demonstrations that took place across Iran from 2017 to 2019.

But she says the mood this time seems different.

“I think this is the beginning of something. Women are setting their scarves on fire and eradicating any symbols of the regime from the streets … sooner or later Iranian people will achieve freedom and we will remember those who stand beside us.”

Concern over authorities’ next steps

An internet blackout authorities introduced on Thursday in an effort to quell the unrest appears to have had little effect. Human rights organizations are now concerned about what Iran’s authorities could do next under the cover of darkness.

Iran’s army issued a warning to protesters and said it was ready to “confront enemies” to defend the security of the nation, state news agency IRNA said, as protests erupted in several cities Thursday night.

The army “strongly condemned” attacks on the police and will “confront the various plots of the enemies and defend the security and interests of the Iranian nation,” it added. At least 17 have died during the protests over the past week, according to Iranian semi-official media.

After the November 2019 protests, hundreds of Iranians were arrested, tortured, imprisoned and even sentenced to death in some cases under national security laws, according to Amnesty International.

Mansoureh Mills, who works in the organization’s Iran team, describes the situation today as a “crisis of impunity,” enabled by international inaction.

“We’re receiving reports of young people being intentionally shot with metal pellets and other munitions, causing death or horrific injuries. This is the authorities’ desperate attempt to brutalize Iranians into submission,” Mills told CNN.

For Aili — who is watching the protests from afar — the fear he now has for his relatives in Iran who spoke out about Amini’s death is crippling.

He said the government had offered to take care of his family financially if they kept quiet about his cousin’s case but they decided to get her story out.

“Why did you kill a 22-year-old girl who is innocent?”

“No one deserves to die just because they’re showing some hair or saying what they think … it’s a waste of life,” Aili told CNN.