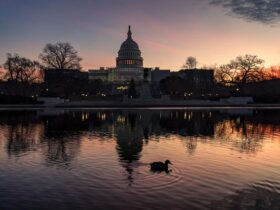 Leeds Rhinos have form for winning the Super League Grand Final from fifth position but even by their own standards, this is some story you will witness culminate at Old Trafford next Saturday.

It is difficult to know what felt more likely six months ago: the prospect of the Rhinos getting anywhere near this year’s Grand Final or any of their supporters even knowing who the man who would ultimately take them back to the biggest game of the year was.

It is less than a year since Rohan Smith was coaching Norths Devils in the Queensland Cup. His appointment in April was met with a collective shrug by the Leeds fanbase, given how few people knew anything about him. Thirteen wins in 18 games later, the latest an unbelievable defensive effort to inflict a first home defeat of the season on Wigan at the worst possible time, and Leeds stand within one victory of a record-extending ninth Super League title.

This one, given how they were only a point off the bottom of the table when Smith was appointed in April, would be the most remarkable of them all. Smith has masterminded a turnaround not even the most optimistic Leeds supporter could have predicted as recently as a few months ago. And how they deserved it here thanks to one of the most courageous and spirited efforts you are likely to see in a playoff match. Stories like these are why, no matter who you support, you believe anything is possible.

“It’s a pretty special moment to be here,” Smith said afterwards. “I’m very privileged. Every team and every club goes through a bunch of stuff each year but I’m truly respectful of my players. The players will have set it out in pre-season to go to Old Trafford and it’s turned out that way.”

This result looked impossible for large periods of a first half which was dominated by Wigan. But by the interval, all they had to show for it was a Liam Marshall try and in response, Leeds rode the storm and responded with a Zak Hardaker penalty. They trailed by two, but would have undoubtedly been the happier of the two sides given the immense amount of pressure they had to absorb on their own line. What came after half-time was barely believable.

You suspected Leeds would wilt, given the defensive work they had to endure. Instead, they emerged stronger, with the belief and confidence Smith has instilled into a group of players written off at various junctures earlier in the year visible. By the time Wigan scored again courtesy of Sam Powell in the final minutes, Leeds had scored 18 unanswered points of their own to book their place at Old Trafford.

“It’s a tough one,” WIgan’s beaten coach, Matt Peet, said. “But I thought Leeds were outstanding, worthy winners and they deserve to be in the final. It’s not where it went wrong for us, it’s where it went right for Leeds.” Defeat here is a frustrating way to end a year which started with success in the Challenge Cup, but as Peet pointed out post-match, Leeds were worthy winners.

Within minutes of the restart, they had gone ahead for the first time when Jarrod O’Connor dived over from dummy-half and three minutes later, James Bentley seized on a clever Aidan Sezer kick. Any notion of a Wigan comeback was then eradicated when John Bateman was sent off for a high tackle on Sezer, and at that point, you felt Leeds had done enough.

Bentley then put the icing on the cake with his second with five minutes to go, and by the time Powell crossed for a consolation try in the final minute, the party had long since started among the 4,000 travelling Leeds supporters. They, against all the odds, will be at Old Trafford next week. Who would back against them now?