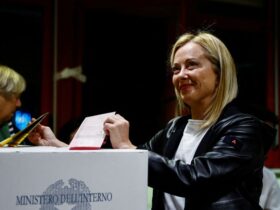 “We have made the decision to wind down Kittyhawk. We’re still working on the details of what’s next,” the company wrote in a brief statement shared on its LinkedIn and Twitter pages. Kittyhawk did not immediately respond to a request for further comment.

Kittyhawk had the lofty mission of “building autonomous, affordable, ubiquitous and eco-conscious air taxis,” according to its website. It was founded by Sebastian Thrun, a former Google executive who led the company’s self-driving car efforts.

The startup operated in secret until 2017, when it publicly unveiled its first aircraft — an ultralight electric plane dubbed Flyer that was designed to fly over water. Page, one of the world’s richest men, was said to have invested $100 million in flying car startups, including Kittyhawk.

Flyer was ultimately retired in 2020, after more than 25,000 successful test flights, according to the company, and it reportedly laid off many of those who had been working on Flyer at the time. The company launched other electric aircraft prototypes and announced a partnership with Boeing in 2019.

The shuttering of Kittyhawk will not impact its joint venture with Boeing, which has been dubbed Wisk. In a tweet, Wisk said that it remains “in a strong financial position,” with both Boeing and Kittyhawk as investors.

Like Kittyhawk, Wisk is developing an “all-electric, self-flying air taxi” that it says “rises like a helicopter and flies like a plane,” according to its website. This “aircraft will remove the need for a runway and allow you to land where you need to be,” according to the company.