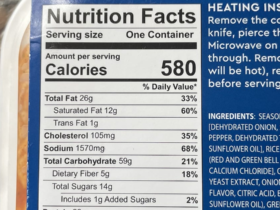 You Guide to Counting Calories the Right Way

Lance Franklin has put an end to intense speculation about his AFL future, signing a one-year contract extension with Sydney.

After months of conjecture about whether or not he would retire after Saturday’s grand final or join a rival club, the star forward made the announcement a few short days out from the decider against Geelong at the MCG.

Rumours swirled this season that Franklin was on his way out of the club with whom he signed a hugely lucrative nine-year deal in 2013, as coach John Longmire juggles a salary cap and a list heavy on young talent.

But the Swans announced late on Monday that the 35-year-old would play on, tweeting a two-word statement which simply read: “One more”.

“I needed to sit down with my family, we came to the decision that we wanted to stay in Sydney,” Franklin himself said on Tuesday.

“It was obviously a long process to come to that decision. I wasn’t sure whether I was going to go on … I still have the passion, I love the game. It was a hard decision.

“Obviously we have the grand final this week, there’s going to be a lot of speculation – ‘aw, is he going to go on?’ I just wanted to make this about the boys. This is a huge game for us.”

The decision means Franklin will enter his 10th season with Sydney and 19th overall, in a continuation of one of the most illustrious careers the game has seen.

When he joined the Swans as a free agent, days after playing in the grand final that won Hawthorn the 2013 flag, he had already won two premierships with the Hawks. That also included 2008, a campaign during which he kicked 113 goals.

As it stands, Franklin has kicked 1,047 career goals over 340 games, having eclipsed the 1,000-goal mark against the Cats at the SCG in March to become the sixth player in AFL/VFL history to do so.

There have been signs of Franklin’s mortality in recent years, when soft-tissue injuries kept him sidelined for extended periods. In 2022, however, he kicked more than 50 majors in a season for the 13th time in his career.

After being held goalless for the first time this season in Sydney’s qualifying final win over Melbourne, Franklin kicked two crucial goals in last weekend’s one-point preliminary-final win over Collingwood.

He has not yet won a flag with the Swans, having been a part of the 2014 and 2016 grand final-losing teams.