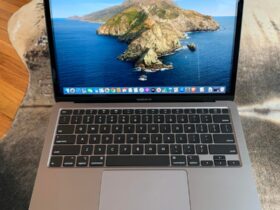 At what point on Sunday do you think Baltimore Ravens owner Steve Bisciotti cast his eyes to the sky, Gob Bluth style, and admitted he’d made a huge mistake?

Was it when Lamar Jackson hit Rashod Bateman in stride for a 55-yard score? Or when the quarterback dropped a 25-yard touchdown toss to Devin Duvaney, right in the bucket, the kind of throw that only the league’s upper-tier pocket passers can make? Or when Jackson rounded out his hat-trick of opening-week touchdowns against the New York Jets with a no-look pass?

While Ravens fans were celebrating the pasting of a hapless Jets team, Bisciotti was probably imagining the dollars draining out of his account.

The Ravens and their star quarterback have been stuck in a contractual stalemate for the better part of two seasons. Jackson, a former league MVP, is seeking a fully-guaranteed contract in line with the kind Deshaun Watson received from Cleveland and Kirk Cousins picked up in Minnesota.

Instead, the Ravens offered Jackson an extension worth $250m, with $133m guaranteed at signing, that would have run through the 2027 season, according to ESPN. Asked whether or not he turned down a quarter of a billion dollars from the Ravens after the Jets win, Jackson replied: “Fully guaranteed?”

That’s the sticking point for Jackson, who does not have an agent and is representing himself in negotiations. For the quarterback, the deal is simple: slap Watson’s $230m, five-year, fully guaranteed contract on the table and ask the Ravens to add a dollar. But Baltimore have bucked at the idea of a fully guaranteed deal.

Not locking Jackson down to a long-term contract prior to the season will prove to be a costly mistake. Jackson is a once-in-a-lifetime, two-way threat. He is, more than any other player in the league, a one-man offense. He has no off-the-field baggage. At 25 years old, he is entering the prime of his career. Through Jackson’s prism, the chance for the Ravens to lock in five years of elite quarterback play should have been viewed as a blessing, not a burden.

Baltimore’s counterargument is simple: this is a five-year decision, not a five-month one. The team is trying to inoculate itself against any of Jackson’s unique skills waning as he heads closer to 30. And yet what Jackson is liable to do over the next five months isn’t going to improve Baltimore’s bargaining position. There aren’t many paths where not signing Jackson to a multi-year extension works out well. The price is only going to rise, unless: Jackson gets hurt; Jackson stinks.

Neither road would help the Ravens in 2022 or beyond. If Jackson maintains his MVP-caliber standards, he’s going to head into the next offseason with unusual leverage: by then he will be 26, at the apex of his abilities, with the power to demand a trade or to extract even more value out of the Ravens – and to reassert his claim that that value should be fully guaranteed at signing.

The Ravens could hold firm. They are one of the most analytically minded organizations in the NFL. General manager Eric DeCosta has made a show of dropping stacks of cash for undervalued positions such as safeties, tight ends, and centers. He has balked at paying high-end money for the premium positions: left tackle, wide receiver, and, most notably, his quarterback.

DeCosta knows that even in an era in which some quarterbacks are playing into their 40s, Jackson’s game is unlikely to age quite as well. So much of his value comes from his legs, both as a runner and thanks to the advantage he gains as a passer from the fact that he may take off. Opposing defenses play the run first, which opens up easy buckets for Jackson to make low-percentage throws at an unusually high clip.

Through one week, Jackson once again leads the league in average intended air yards – finishing with an average depth of target of 13.9 yards, the highest figure in the NFL. The Ravens aren’t looking to craft explosive plays, to lay traps before trying to spring a pay-off play; they’re looking to only hit explosive plays. Anything else is a wasted down or a missed opportunity. Jackson threw nine passes of 15 or more yards against the Jets. Three were completed for touchdowns.

It’s fair to wonder what Jackson’s game will look like once his athleticism starts to erode. He picked fools apart from the pocket in college, and he continues to dice up defenses with his arm in the pros. But a ton of that work is still predicated on the idea – the fear – that he could take off on a run. Remove that from the equation and a defense can adjust its strategy, making it less vulnerable to throws down the field. In that world, Jackson would have to be a patient thrower, willing to drive 14 plays down the field game after game, with the odd explosion when he extends the play with his legs in order to throw downfield.

Baltimore are worried about the known. Every player in the NFL ages, and ages fast – unless they refuse strawberries. And the organization is aware that while there’s a path to Jackson evolving his style as he matures, that’s a possibility rather than a probability. For every Ben Roethlisberger, a player who adapted his game as he aged, there’s a Cam Newton, a player who was effectively retired by the league before he turned 33 as his athletic advantage vanished.

Jackson is encouraged by the known. He’s aware that if not the Ravens, some team will be happy to fork over a Watsonian amount of money to have him as their starter in 2023. There has never been a quarterback of Jackson’s skill, with no baggage, available on the open market. If Dolphins owner Stephen Ross was willing to break league rules to try to woo a 45-year-old Tom Brady, what would he do for Jackson? The NFL is a league largely run by impatient old men. If not Bisciotti, owners in New Orleans, Carolina, Philadelphia, New York and elsewhere will be forming a queue to hand Jackson the contract he’s demanding.

The Ravens can franchise tag Jackson for next season and the year after that (a nonexclusive tag likely in the range of $32m, an exclusive tag around $46m for 2023), but Jackson wants a long-term deal – he could follow the lead of Russell Wilson and Watson and push his way out in order to land a deal.

The Ravens expected Jackson to cave, to take the $100m-plus on offer, and to move on with his day. Kyler Murray eventually agreed to a lesser deal than Watson. So did Wilson. But Jackson is betting on himself. Stay healthy, and he will be the big winner. Get hurt, and he could lose out on $100m. Either way, it’s the Ravens who have injected a sense of ambiguity into their long-term thinking: they’ll have either lost their franchise quarterback to an injury, or they’ll have delayed a deal, kicking the can down the road closer to the point where his game could decline.

Jackson will take to the field against Miami on Sunday, playing not only for the win, but the contract he believes he’s worth. The only question that remains: Which one of the two franchises is most likely to hand it to him in March?