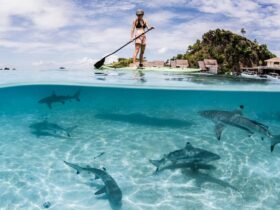 Lake Powell, the second-largest human-made reservoir in the US, has lost nearly 7% of its potential storage capacity since 1963, when Glen Canyon Dam was built, a new report shows.

In addition to water loss due to an intense multiyear drought, the US Geological Survey and the Bureau of Reclamation report found, Lake Powell faced an average annual loss in storage capacity of about 33,270 acre-feet, or 11 billion gallons, per year between 1963 and 2018.

That’s enough water to fill the Reflecting Pool on the National Mall about 1,600 times.

As of Monday, Lake Powell was around 25% full, according to data from the Bureau of Reclamation.

It’s bad news for a region already facing water shortages and extreme wildfires due to the drought. National Oceanic and Atmospheric Administration drought experts said last week these conditions are expected to at least continue – if not worsen – in the coming months.

Lake Powell is an important reservoir in the Colorado River Basin. Both Lake Powell and nearby Lake Mead, the nation’s largest reservoir, have drained at an alarming rate. In August, the federal government declared a water shortage on the Colorado River for the first time after Lake Mead’s water level plunged to unprecedented lows, triggering mandatory water consumption cuts for states in the Southwest that began in January.

And last week, Lake Powell dipped below the critical threshold of 3,525 feet above sea level, sparking additional concerns about water supply and hydropower generation millions of people in the West rely on for electricity.

The significance of the dwindling water supply along the Colorado cannot be overstated.

The system supplies water for more than 40 million people living across seven Western states and Mexico. Lakes Powell and Mead provide a critical supply of drinking water and irrigation for many across the region, including rural farms, ranches and native communities.

“It is vitally important we have the best-available scientific information like this report to provide a clear understanding of water availability in Lake Powell as we plan for the future,” Tanya Trujillo, assistant secretary for water and science with the US Department of Interior, said in a statement. “The Colorado River system faces multiple challenges, including the effects of a 22-year-long drought and the increased impacts of climate change.”